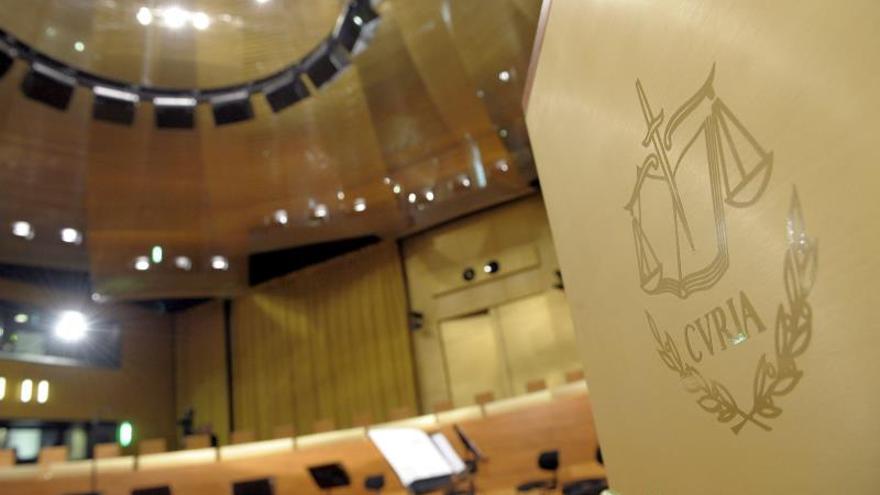 The classic, for the European Justice, is more than a football match between Madrid and Barcelona. This has been decreed this Wednesday by the General Court of the EU, rejecting the appeal of the Professional Football League against the refusal of the European Union Intellectual Property Office (EUIPO) to authorize its registration.

In February 2017, the National Professional Football League obtained from the office of the World Intellectual Property Organization (WIPO) the international registration designating the European Union of the following figurative trademark “El Clasico [sic]”, the name with which in recent times he calls the matches between Real Madrid and FC Barcelona. The conformity of this type of records has to be examined by the European Union Intellectual Property Office (EUIPO), therefore he was notified that same day.

The registration had been requested for a very wide range of services (among others, education and training services, entertainment services, sports and cultural activities, publication, competition organization services and awards ceremony, organization of sports competitions and training programs). radio and television; production of sporting events for radio and television and production of films on aspects related to football).

In August 2018, the EUIPO examiner denied the application for registration. The National Professional Soccer League appealed that resolution. In October 2019, the EUIPO dismissed the appeal and recalled, among other things, that the fact that the trademark is descriptive or lacks distinctive character in one of the official languages ​​of the Union is sufficient to refuse registration.

In this regard, it considered on the one hand that, for the Spanish public, the Spanish word “classic” designates something traditional and characteristic, while the word “el” is a definite article.

On the other hand, he indicated that the expression “the classic” will be perceived by the Spanish, French, German, Dutch and Portuguese public as an expression used to describe a sporting confrontation that exists between teams with a notable rivalry, not only in the case of football matches, but also other sports.

The EUIPO considered that the applied mark lacked distinctive character, because it had a directly descriptive meaning in relation to the services for which registration was requested.

As regards the supposed distinctive character acquired through use, the EUIPO understood that none of the documents provided demonstrated that the public perceived the sign as an indication of the origin of the services.

In particular, he pointed out that the sign “El Clasico” is rarely used in the way in which registration was requested and, in any case, in a descriptive way to inform the public or as a reference to a sporting match between the Real soccer teams. Madrid CF and FC Barcelona.

The National Professional Football League appealed to the General Court, alleging that the “El Clasico” brand cannot be considered descriptive or lacking in distinctive character, on the one hand, due to its intrinsic characteristics and, on the other hand, due to the high level of knowledge, popularity and reputation that the brand has acquired to date due to the use that has been made of it.

In its judgment delivered this Wednesday, the General Court dismisses the League’s appeal, and confirms that, even taking into account the overall impression produced by the requested trademark, it does not produce an impression that is sufficiently distant from that conveyed by its word element ” the classic”.

It also confirms that, despite appearing without the corresponding orthographic accent, the term “classic” is easily understandable in the sense that it refers to the Spanish word “classic”, so that the public of reference will perceive that the brand “El Clasico “designates, in particular, something traditional or characteristic and also that refers to a sporting rivalry.

The General Court considers that the EUIPO was correct in considering, in essence, that it could be considered that all the services designated by the “El Clasico” trademark could be endowed with the characteristic of corresponding to a traditional, characteristic or classical theme in the sense of conventional and customary, with regard to its content or its provision.

Specifically, sports-related services could be considered endowed with specific properties of sports rivalry or belonging to the scope of a classic provision of a regular sporting match that is repeated periodically.

Furthermore, given that the sign “El Clasico” may be perceived by the relevant Spanish-speaking public as referring even to characteristics of services of a more modern nature (such as electronic publishing services or the supply of non-downloadable digital music) Either with respect to a “classic” content, or in view of its provision carried out in a way that is or has become conventional, the General Court considers that the EUIPO was able to correctly conclude that all these services could be inscribed in a traditional theme , characteristic or classical in the sense of conventional and habitual.

The fact of lacking distinctive character constitutes a ground for absolute refusal to register a trademark. As mentioned, in accordance with EU regulations on the matter, it is sufficient that one of the absolute grounds for refusal provided for a sign cannot be registered as a Union trademark.

Finally, the General Court confirms that the EUIPO acted correctly in considering that the evidence presented by the National Professional Football League, taken individually or as a whole, did not show that, at the date of the application for registration, a significant part of the relevant public would perceive the trademark applied for as an indication of the commercial origin of the services it designates.