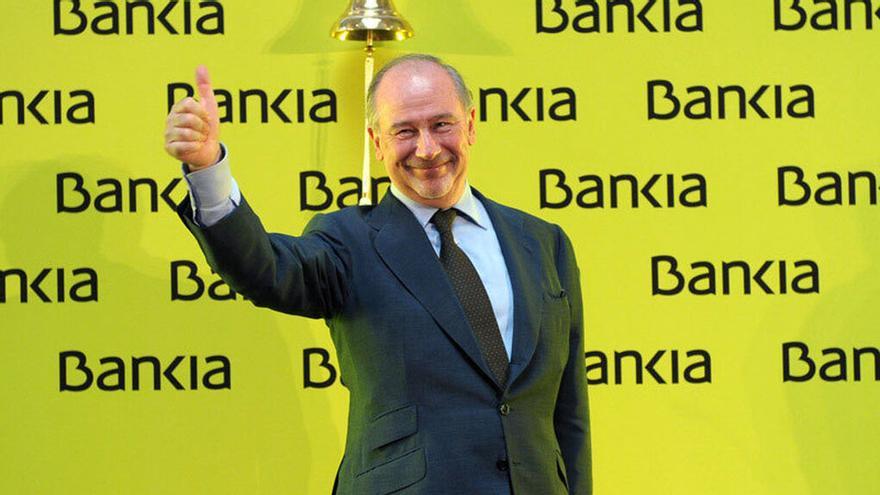 The Court of Justice of the European Union guarantees that qualified investors denounce Bankia for its brochure on the public offering of shares under mixed subscription. That is to say, from when it went public in 2011. In its ruling issued this Thursday, the CJEU declares that European legislation "must be interpreted in the sense that, in the case of a public offer of subscription of shares aimed at both retail investors as well as qualified investors, the action for liability for the information contained in the prospectus does not only cover retail investors, but also qualified investors. "

Thus, the Court considers it "legitimate" for investors who have participated in a securities offering in which a prospectus has been published to invoke the information contained in said prospectus, "so that they are entitled to bring a liability action for that information, whether or not they have been recipients of said brochure. "

The case on which the CJEU has ruled this Thursday comes from the request of the Spanish Supreme Court to Luxembourg to interpret the directive on the prospectus to be published in the event of a public offering or admission to trading of securities (prospectus directive), in the framework of a dispute between Bankia SA and the Unión Mutua Asistencial de Seguros (UMAS), an entity dedicated to the insurance activity under a mutual regime, in relation to the liability of Bankia, in its capacity as issuer of a public subscription offer of shares, for the information contained in the prospectus relating to said offer.

In 2011, Bankia made a public offer to subscribe for shares with a view to going public. The offer was divided into two tranches: a tranche for retail investors (unskilled) and company employees and administrators, and a second tranche, called "institutional tranche", for qualified investors.

The two tranches of the offer started from the date on which the issuance prospectus was registered by the National Securities Market Commission (CNMV), on June 29, 2011.

The UMAS signed a purchase order for 160,000 Bankia shares, at a rate of 3.75 euros per share, which represented a total outlay of 600,000 euros. As a result of a reformulation of Bankia's annual accounts, the shares lost almost all of their value on the secondary market and their listing was suspended.

"It must be possible to initiate action"

On the other hand, says the court based in Luxembourg, it cannot be inferred from Community law that "qualified investors do not have the possibility of exercising liability action for the information contained in the prospectus since, in the case of an offer mixed, which is aimed at both qualified investors and retail investors, all of them, regardless of their status, have this document, which supposedly contains complete and reliable information that is legitimate to invoke ".

In this way, the Court thus confirms that, "when there is a prospectus, a civil liability action should be able to be brought for the information in said prospectus, regardless of the condition of the investor who considers himself to be harmed".

Second, the Court of Justice declares that European law "does not oppose provisions of national law such as those in Spain that, in the event of a liability action by a qualified investor for the information contained in the prospectus, allow the judge to take into consideration that said investor had or should have been aware of the economic situation of the issuer of the public share subscription offer based on his relationships with him and outside the prospectus, or even oblige the judge to take into consideration this fact, provided that the aforementioned provisions are not less favorable than those that govern similar actions provided for in national law or have the practical effect of making the exercise of liability action impossible or excessively difficult ".

Furthermore, the Court recalls that the Member States have "a wide margin of appreciation when setting the terms of the exercise of the liability action for the information contained in the prospectus". And it adds that, "while the prospectus contains essential information in order to enable retail investors to make informed investment decisions, qualified investors, given their level of experience, usually have access to other information. that can inform your decision-making. "

Therefore, in principle, "Member States may allow or even require that, when bringing the action demanding responsibility for the information provided in the prospectus, the level of experience of the qualified investor and their relations with the issuer of securities in question ".

However, "the national judge hearing such action must verify that the principles of equivalence and effectiveness are being respected. This means that national provisions should not be less favorable than those that govern similar actions provided for in national law or provide the same practical effect of making it impossible or excessively difficult to exercise the action of responsibility ".