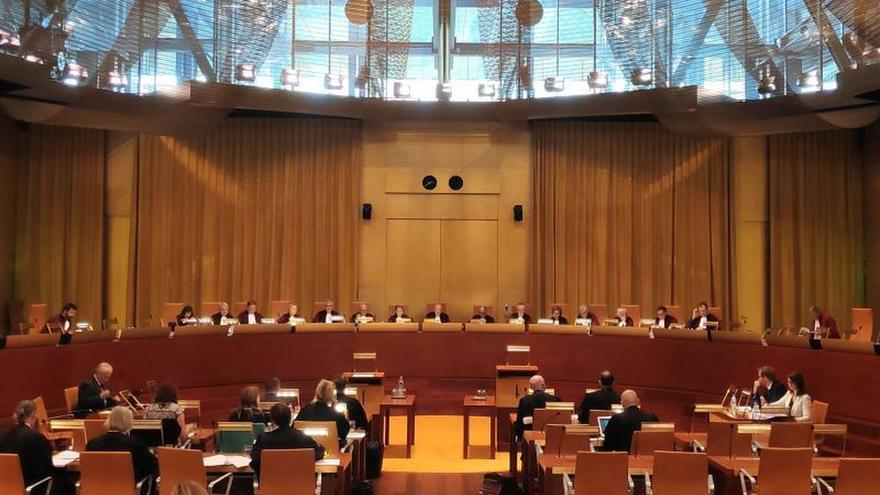 The European Justice this Thursday condemned Spain to a fine of 15.5 million euros for not adopting the European directive on the protection of personal data in the framework of police and judicial cooperation. Thus, in addition, the Court of Justice of the EU, based in Luxembourg, condemns Spain to pay a daily penalty of 89,000 euros for each day of delay from the date of delivery of the judgment in this case.

The judgment of the CJEU this Thursday comes after the European Commission asked the European Justice to declare that Spain has breached the obligations under the directive on the protection of personal data in the framework of the prevention and detection of criminal offenses. Thus, Brussels considered that Spain had not adopted the national measures to transpose the directive and requested the Court of Justice to fine Spain.

The court recognizes that Spain does not deny having breached its obligations to adopt and communicate the transposition measures of the directive, and recognizes that the very exceptional institutional circumstances that have delayed the activities of the Government and Parliament with a view to the adoption of the measures of The necessary transposition (in particular, the provisional nature of the Spanish Government for months, which was only in office) “does not allow us to justify the alleged breach. However, Spain affirms that the aforementioned circumstances are of singular relevance when assessing the proportionality of the sanctions proposed by the European Commission.

The Court of Justice notes that, at the expiration of the deadline, Spain had not adopted the necessary measures to ensure the transposition of the directive or communicated these measures to the Commission, and considers that the declared non-compliance falls within the scope of the Treaty Functioning of the EU, since, at the expiration of that period, the European Commission was not informed of any transposition measure within the meaning of said provision.

As regards the financial penalties requested by Brussels, the Court of Justice recalls, firstly, that the sentence to pay a periodic penalty payment is justified in principle only as long as the non-compliance persists until the facts are examined by the Court of Justice. Justice. In the present case, the Court of Justice declares that Spain has persisted in its failure to comply, since, on the date of completion of the written phase before the Court of Justice, on May 6, 2020, it had not adopted or communicated the measures necessary to guarantee the transposition of the provisions of the directive into Spanish law.

The Court of Justice considers that the sentence to the payment of a periodic penalty constitutes an appropriate means of guaranteeing that Spain puts an end, as soon as possible, to the declared breach. However, the Court of Justice specifies that said fine should only be imposed to the extent that the non-compliance persists on the date the judgment is delivered – this Thursday.

Second, the Court underlines that the set of elements surrounding the declared non-compliance constitutes an indicator that the effective prevention of the future repetition of similar infringements that affect the full effectiveness of Union law requires the adoption of a dissuasive measure. , such as the imposition of a lump sum.

Given the seriousness and duration of the infringement, the Court of Justice orders Spain to pay the European Commission a lump sum of 15,000,000 euros and, if the declared breach persists on the date on which it is issue the sentence, a daily coercive fine of 89,000 euros from that date and until the declared non-compliance has ended.

“This judgment is the first in which the Court of Justice imposes both types of financial penalties at the same time,” explains the court.