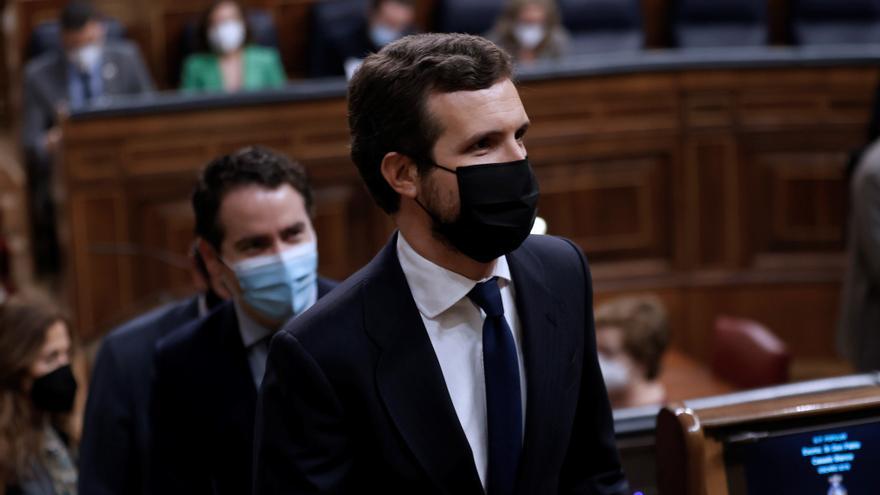 The vote in the Congress of Deputies for the validation of the Royal Decree-Law for the modernization of the Public Administration and for the execution of the Recovery, Transformation and Resilience Plan has portrayed the null interest of the Popular Party to defend our country in the worst health, economic and social crisis in the last hundred years, and at the most critical moment in the last forty-two years of democracy. An unprecedented situation that demands from all public servants, all institutions, social and economic agents the height of vision, responsibility and sense of duty that the political organization led by Pablo Casado has shown, on many occasions in a year, completely lacking.

The fact is not only serious because of what it implies in itself, endangering the arrival and use of European Funds by lacking the necessary mechanisms to channel them and execute them with guarantees, but also because they prove to be invalidated to be an alternative to government, reducing its opposition work to a mere denialist group, which shows a democratic deficit that is also unprecedented.

A rigorous political party, with a pro-European vocation and loyal to the country, putting the interests of the whole of society before its own, would never have the slightest doubt about what it should do from the opposition when the arrival of 140,000 million of euros that will be a fundamental lever for economic and social recovery after the pandemic.

The Popular Party has not thought of this when it has voted together with the Catalan independentistas to block the country in order to wear down the Government of Spain without thinking for a second about the dire consequences of their vote. It is difficult to understand its role in Europe since the beginning of the crisis caused by the pandemic. They began by opposing Spain’s participation in the SURE program, which is allowing the financing of ERTE in this country, with which millions of jobs have been and continue to be protected and avoiding layoffs. They tried by all means that the European Union does not approve the 140,000 million euros that Spain will receive from European funds and not happy with that, they also tried to put very harsh conditions on us to be able to receive them. Afterwards, they have done everything impossible so that the General State Budgets that allow channeling the first 27,000 million euros of these funds were not approved. And now, they have not supported a Royal Decree-Law that makes possible a more agile process and provides us with the necessary instruments to be able to execute them within the deadlines set by Brussels.

They don’t care about everything. They are using the most exceptional circumstances that we have experienced as a country and as a democracy, to attack and overthrow a government that has only done to find solutions, create a great social shield to protect all people, and above all, save lives . There is no opposition party in the entire continent in which Pablo Casado and his people see reflected such an inability to understand the historical moment we are living.

Spain, as we know it today, is different in many ways from the Spain of the early twentieth century referred to by Antonio Machado in that poem “The ephemeral tomorrow” in which he described a country ravaged by intellectual poverty but which portrays at present to those who understand politics as an attack against everything and everyone without the slightest reflection or knowledge. The no for the no with which the Popular Party understands the opposition it must make to the Government of Spain is as much of a brass band and tambourine as it was then, which opposes its anger to ideas, simply because it believes that there is no other alternative than them in the exercise of power, because otherwise they promote chaos. This simplicity to which they reduce our parliamentary system and the value of democracy shows, in a vote as important and key for the future as this one on the management of European Funds, a tomorrow as ephemeral as that of the poem for an irresponsible right with the country and the citizens that they also represent, from the opposition.

Without them or with them, the Government will continue with a clear roadmap to advance in the necessary recovery in which the European Funds are an essential boost and an opportunity for the country to launch investments and structural reforms, recover employment and economic activity, promoting private investment, innovation and the modernization of Public Administrations to recover the growth path. An opportunity also for society to advance in sustainability, cohesion and social justice so that recovery reaches everyone equally.