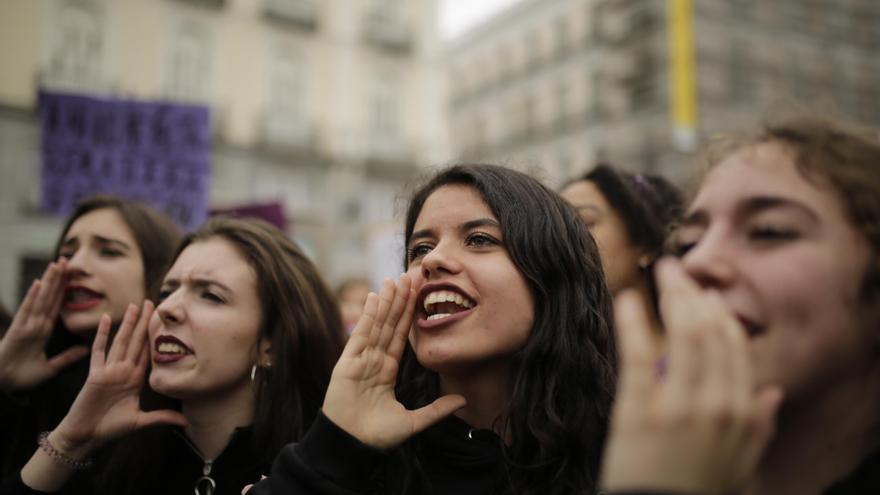 Many words, but few actions. This is the conclusion reached by the EU Court of Auditors in a report presented this Wednesday on the application of the gender perspective at the community level. “The EU has a longstanding commitment to gender equality,” says the court, “but very little has been done to mainstream gender, that is, to systematically and actively promote gender equality in the workplace. policy making and spending in the EU budget. Necessary prerequisites are still lacking. ”

The court recalls that “the idea behind gender mainstreaming is simple: gender must be taken into account at all stages and in all areas of policy formulation and implementation.”

Thus, “gender-responsive budgeting is not just about funding explicit gender equality initiatives, but about understanding the impact of budget and policy decisions on gender equality goals, and using that information to adjust inequalities by introducing changes in public spending and revenue “.

“Gender equality is a fundamental value of the EU,” said Eva Lindström, member of the European Court of Auditors responsible for the report. “Commitments have been made, but progress towards equality is too slow. Gender equality is at stake in Europe, and we know that the effects of the COVID-19 pandemic are not gender neutral. that the European Commission act and start using budgets with a gender perspective in the new cycle 2021-27 and in the Next Generation EU [los fondos europeos]. There has been a lot of political communication. But important prerequisites are not yet met. And more concrete, substantial action is needed to make this happen. ”

“It’s a pretty critical report and we think we have some pretty solid data,” Lindström reasons: “It’s time to turn words into actions. I think there is a kind of gender blindness at best. structural funds. We also looked at agricultural policy. And I think one of the first reactions when we looked at agriculture was, what does this have to do with gender equality? And then we know that 70% of the land in the EU is owned It could also be a kind of cultural issue not to use that gender lens when doing this analysis, because I think there is no lack of indicators, on the contrary, there are many. But not having integrated them is a bit of gender blindness. There should be some resistance, because this is seen today as a bit of a touchy issue, actually. And I think that’s scary, and that’s why I think gender equality is at stake in Europe right now. And the last reason is that Yes We want to have gender mainstreaming in the budget, both in the preparation process and in the type of implementation and monitoring in surveillance, the European Commission must assume a more active role. Otherwise this will not happen.

On the other hand, they discovered instead areas where legal requirements were laid out in detail, which made it easier to incorporate gender equality into programs.

The EU Court of Auditors recalls that “a significant amount of EU funds will be spent under the Next Generation EU instrument. [750.000 millones] and the new multiannual financial framework (MEFF, 1.1 trillion) 2021-2027 “, for which they formulate a series of specific recommendations to help the EU fulfill its commitment to gender equality”.

The report also notes that, although the new Gender Equality Strategy 2020-2025 reinforced the Commission’s commitment to gender mainstreaming, “fundamental prerequisites and specific actions are still lacking.” Thus, “in the NGEU instrument there is a commitment to take into account gender equality within the framework of the recovery and resilience mechanism, which will require national recovery and resilience plans to explain how the proposed measures are expected to contribute to equality. of genre”. However, “the auditors note that the lack of common indicators will make it difficult to comply with and monitor the results, including gender equality.”

“In Spain”, adds Lindström, “gender analysis is a selection criterion to receive funding and we have this legal obligation mainly in the planning phase. But it is not possible for the Commission to collect data from the different States in an aggregate way. , so it is very difficult to say anything about the EU as a whole. Spain, where gender analysis and gender are used as a selection criterion for funding, is a good example. It is not rocket science. You just have to do it “.