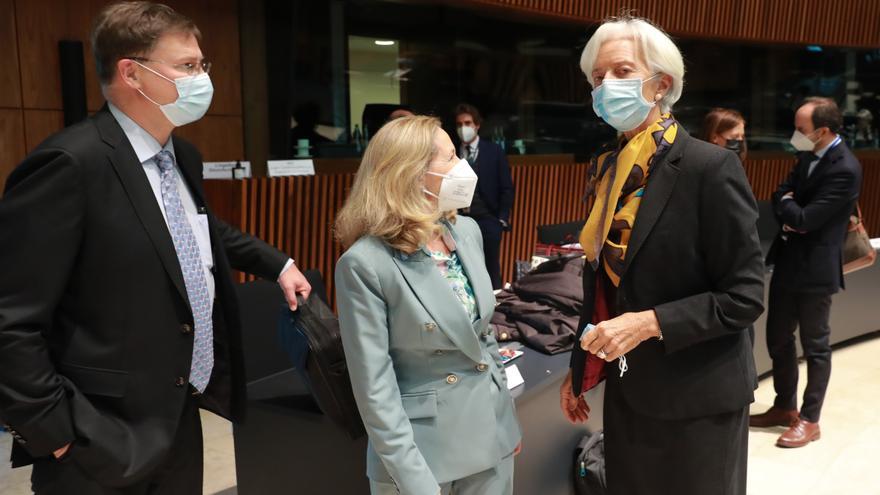 Spain and France want to end the link between the price of gas, which is runaway, and the electricity bill. They argue that it makes more sense for the European green deal. Spain, for example, has proposed collective purchases of gas and strategic storage, as recalled by the economic vice president, Nadia Calviño, at the entrance of the Eurogroup in Luxembourg this Monday. And the French Finance Minister, Bruno Le Maire, stated: “It is necessary to change and address the situation of the European energy market, because it is not prepared for what we want to achieve, which is the fight against climate change.”

“There is an unprecedented rebound in energy prices,” said the economic vice president, Nadia Calviño, “which is due to different reasons, but is closely linked to the evolution of energy prices in international markets. it is not a problem that we can tackle at national level. We need a coordinated European response, which can encompass a number of measures. We have provided a discussion paper with different proposals. Other Member States are joining this effort and I hope that the European institutions take decisive and urgent action to address this issue and ensure that the green transition process is as smooth and fair as possible. ”

What is the view of the European Commission in this regard, which is preparing a series of guidelines to tackle the price escalation in the Member States? Well, he does not answer directly. “The debates have their course”, responds the European Commissioner for Finance, Paolo Gentiloni, without actually answering the question, asked several times at the press conference after the meeting of the Eurozone Economy Ministers: “There is an increase demand, also a consequence of the energy transition, because there is a gas supply problem also due to the expansive demand that makes gas essential to replace coal. These elements, together with temporary and seasonal factors explain the rise abrupt and sudden. And we know that there are countries with a mix different, where the price of gas determines prices a lot. It is something we are going to discuss. We will present solutions and, if applicable, we will have innovative solutions. ”

What measures? “This is an attempt to identify new initiatives and new tools within the rules of the internal market and state aid”, Gentiloni responds: “There are no easy or traditional solutions, and to study them, a serious attitude and a little bit are required. That is why I have said that some of these proposals could be found in the October measures and others in the December energy package. ”

Are you afraid that high energy prices will jeopardize the European green deal? “We should react, but not exaggerate,” Gentiloni responds, “because we have a fundamental strategy for the future of our economies, not only for the life of the planet. We must react, but avoiding a reaction that undermines the transition and the effort to decarbonise our economy. ”

“React without exaggeration,” says the commissioner.

“The price of gas has risen enormously and brutally in recent weeks,” says the French Finance Minister: “It is an issue that greatly concerns us all. It is very unfair, inefficient and very costly. First of all, for our citizens and especially for the poorest European citizens; it is unfair, inefficient and very costly for our private companies. Therefore, action is necessary and decisions are necessary. ”

And, for the moment, the European Commission does not finish entering the debate raised by France and Spain. “We have all agreed that a significant part of the current developments will be temporary and that inflation will fall next year”, said the president of the Eurogroup, Pachal Donohoe, after the meeting: “There is also the human angle, the social impact of rising prices and the need to protect vulnerable families from the price. They are not the only ones affected. It touches all citizens and SMEs. That is why we have agreed to continue to monitor energy prices and include it. The current situation cannot undermine our climate goals. The green transition is not a problem, it is part of the solution. We must improve energy efficiency efforts and reduce carbon and our dependence on imported energy. ”

Gentiloni, for his part, insisted that electricity prices “are considered temporary, but the seasonal and winter element will be fundamental. Different countries have taken initiatives and the Commission will present measures that can be used in light of the repercussions of the price of electricity. It is important that they are temporary, selective, to respect the single market and State aid, and must be consistent with the transition from a decarbonized economy. Furthermore, we are going to launch a reflection to guarantee a supply for companies in the medium term. ”

The commissioner has insisted that, in the next few days, a toolbox will be presented, “a communication that will draw conclusions about the origin of this crisis, of the temporary and not temporary characteristics. And we will clarify the tools available to the Member States for this situation, in accordance with EU legislation and state aid rules, and the single internal market. At the same time, there is work in progress to try to identify more proposals, which we are working on, some that have been raised in the discussions of the ministers, such as the purchase of gas, the storage of gas … All these works are continuing to understand in the best possible way how we are going to present these proposals. Some will be in the communication and others in the energy package that we will present in December. ”