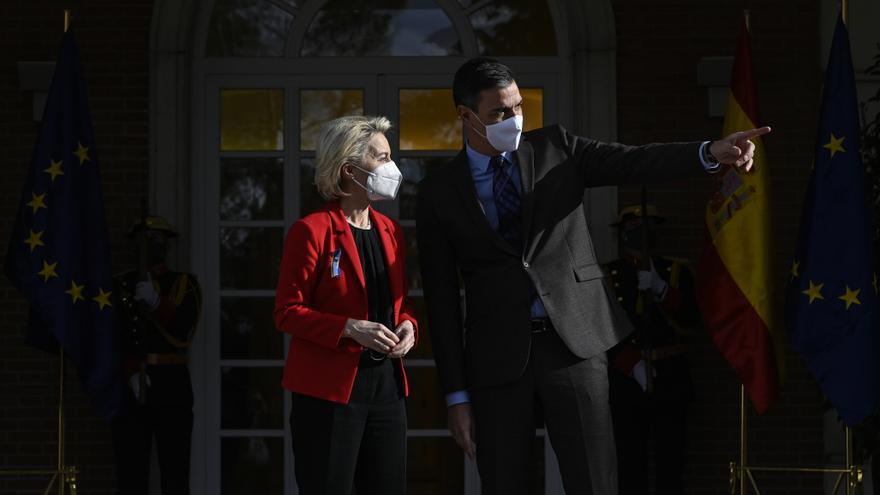 The European Commission does not get wet. Perhaps because he does not want to touch anything, perhaps because he does not want to take sides with the north, south, east or west of the European Union. Or, perhaps, because, deep down, the EU is the governments. Be it for one thing or another, the truth is that Brussels arrives on the eve of the European summit with a range of options, rather than guidelines, with their pros and cons, to intervene in the electricity market in the face of the energy crisis, exacerbated by the invasion of Ukraine by Russian President Vladimir Putin. And it leaves it to the Heads of State of Government to make the decisions about what to do.

At the moment there are great differences between the member countries on the measures to be applied. Diplomatic sources explain in Brussels that there are two groups of countries: those from the south, led by Spain and joined by Belgium, who are pressing to put a cap on energy prices and decouple electricity from gas; and others such as Germany, the Netherlands, Ireland or Denmark, which prefer to "accelerate energy efficiency measures, the implementation of renewables and interconnections". The latter believe that the Spanish Government's proposal could “jeopardize the security of the offer and our independence from Russia” and “block progress in the objectives of the 'green deal'”.

These countries consider that capping the price of electricity can make energy producers take it to other places and "create a huge problem of security of supply." They come to accuse Pedro Sánchez of "beginning to look like Don Quixote fighting the windmills" and the Belgian Prime Minister, Alexander De Croo, of being his "Sancho Panza".

“Member states have proposed various options for emergency measures to limit the impact of high electricity prices”, says the European Commission: “However, all options carry costs and drawbacks”. And he says more: “There is no single easy answer to deal with high electricity prices, given the diversity of situations between Member States in terms of energy mix, market design and interconnection levels”.

Therefore, “the Commission is setting out the pros and cons of the different approaches for further consideration by European leaders, and is prepared to take its work forward accordingly. While many of the options address the symptoms, it is important to address the root causes of today's high electricity prices, with collective European action in the gas market."

Thus, Brussels states that “it will present a detailed plan and evaluate the options to optimize the design of the electricity market in May, and is ready to propose an EU energy saving plan. The Commission is also considering providing guidelines to Member States on how to make the best use of specific exemptions under the energy taxation directive.

Of course, the Community Executive does come with a legislative proposal so that gas reserves are at 80% with a view to this summer, and, as of next year, winters are not reached with less than 90%.

Thus, the legislative proposal “requires the Member States to guarantee that their gas deposits are filled to at least 80% of their capacity before November 1, 2022, increasing to 90% in the following years, with intermediate objectives of February to October”.

According to the Brussels idea, "operators must report filling levels to national authorities, and Member States must monitor levels monthly and report to the European Commission."

According to the European Commission, “gas storage facilities are a critical infrastructure to guarantee security of supply”. For this reason, “a new mandatory certification of all storage system operators will be created to avoid the potential risks of external influence on critical storage infrastructure, which means that non-certified operators will have to relinquish ownership or control of gas storage facilities in the EU”. This measure is taken with Gazprom, the Russian gas giant, in mind.

Agreements with third countries for the collective purchase of gas and hydrogen “can improve resilience and reduce prices”, says the Commission, which wants to “create a working group on common gas purchases at EU level. By pooling demand, the task force would facilitate and strengthen the EU's international outreach to suppliers to help secure well-priced imports before next winter. The working group would be supported by representatives of member states on a board of directors. A joint negotiation team led by the European Commission would hold talks with gas suppliers and also pave the way for future energy alliances with key suppliers, beyond LPG and natural gas. It draws on the experience of the COVID-19 pandemic, in which EU-wide action was crucial to ensure a sufficient supply of vaccines for all."