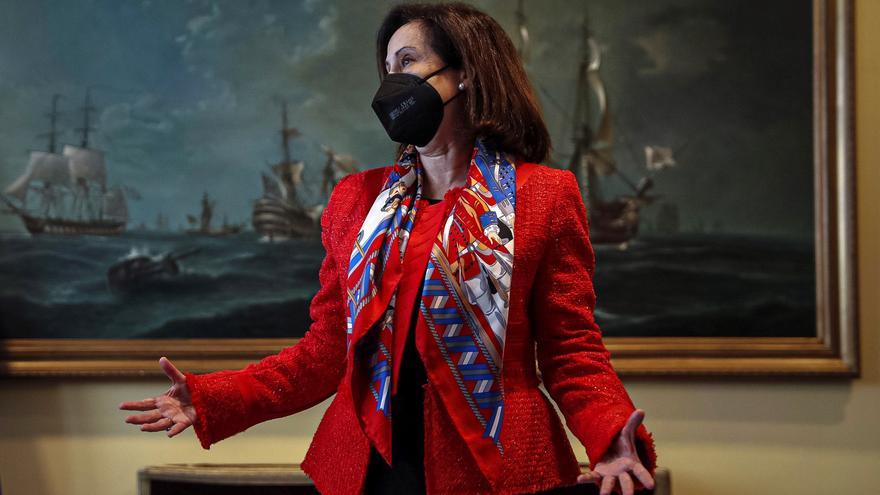 A contract of 2,100 million euros, carried over since 2007 and relaunched during the pandemic has drawn the attention of the European Commission. This is clear from the parliamentary response, made known this Friday, to the Junts MEPs Carles Puigdemont, Toni Comín and Clara Ponsatí. In its response, the Community Executive affirms that “it will take into account the information provided by your honorable Members,” in relation to the commission from the department of Margarita Robles to Indra, Sapa, Escribano and Santa Bárbara to renew armored cars.

As Newtral explains, Although Defense relaunched in May 2020 the constitution of the company that will develop the project, the disbursement of the 2,100 million was planned to be done in ten years and in several phases until 2030. The project, Newtral recalls, arises in 2007, after an attack on Spanish troops in Lebanon: the purchase was approved in 2018 with Mariano Rajoy, and the contract was announced after a July 2019 Council of Ministers, with Pedro Sánchez in office.

Junts MEPs asked the Commission if they were aware of the “anomalies” that in December 2019 the Government “abandoned” the call for tenders “after Santa Bárbara did not meet the requirements and, by magic, the same offer was accepted eight months later “.

Puigdemont, Comín and Ponsatí also ask the Community Executive if “it will request the Government a clarification on the matter in the event that the Union’s law on public contracts has been violated”, and add: “Do you think that the expenditure of 2,100 million in military equipment in the middle of the pandemic is compatible with the last European Semester [mecanismo de gobernanza económica de la Comisión Europea]? “.

The response of the Community Executive, known this Friday, has been the following: “The European Commission periodically supervises the application of the directive on public procurement in defense in the Member States, and will take into account the information provided by the honorable Members in the framework of constant supervision “.