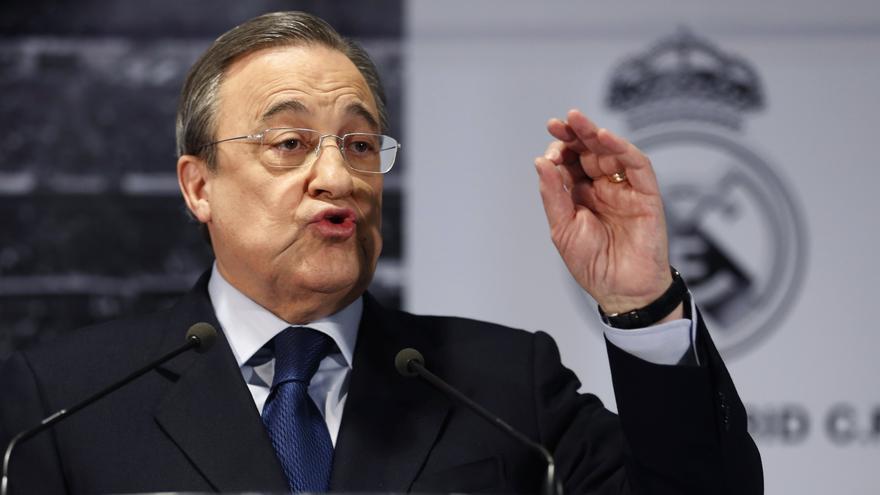 The project of Super league European who lead Real Madrid, Barcelona and Juventus and the Danish Super League have agreed to give each other a period of two years to negotiate the use of the brand Super league. This agreement has barely occurred two days before that the ordinary period of two months expired for both parties to reach an agreement to stop the complaint procedure brought by the Danish league.

As anticipated on October 28 The Newspaper of Spain, Denmark’s main club competition rebelled against the claim of the project that head Florentino Pérez to register the trademark The Super League. The Danish football leaders understood that this term collided with that of Superliga, a name that the first division of the Scandinavian country has used since 2010.

His reaction was to file an opposition process with the European Union Intellectual Property Office (EUIPO), in which the European competition had started the procedures for the registration of The Super League trademark, on April 16. Superligaen argued that the semantic and visual similarity of the two brands leads to confusion for its customers and that the new competition could take advantage of its brand or, on the contrary, damage its prestige.

Faced with this movement that could prevent the continental use of the term Superliga, Real Madrid, Barcelona and Juventus agreed to change their legal representatives before the EUIPO, moving from the office Clifford chance to Isern Patents and Trademarks, specialized in litigation related to intellectual property.

Once the opposition formulated by Superligaen was admitted for processing, the EUIPO opened the call for two months “cool down” period, a period of time destined for the two litigating parties to reach an agreement and thus suspend the procedure. This period expired this Sunday and after it the process was automatically opened by which EUIPO would enter the merits of the matter to resolve the dispute.

However, this Friday, The Super League and Superligaen in sent to the EUIPO a document signed by the legal representatives of the two parties in which they requested the term extension to reach an agreement. As determined by the procedures of the European agency, the sending of this document implies the automatic granting of other 22 months for the parties to reach a definitive agreement, until September 7, 2023.

Now, either of the two parties can request at any time and unilaterally the anticipated end of this period of negotiating truce. In other words, the process does not have to last until September 2023 and, in fact, it most likely will not. Once the truce was broken, it could not be resumed in the future and it would be the EUIPO that would have to resolve the dispute.

But why has this situation been reached? Because what the Danish Super League seeks is not to prevent The Super League from using the brand, but to obtain a economic reward or compensation for not opposing it to do so. Otherwise, he would have been fully immersed in a lawsuit in which, according to experts in the field consulted by this newspaper, he had the upper hand. Now the question that remains to be resolved is how far Real Madrid, Barcelona and Juventus are willing to go financially to continue calling their Super League Superliga.