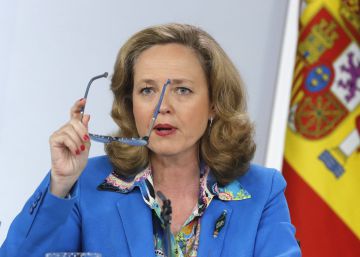 Consensus has been impossible. None of the five names on the table to become the European candidate for managing director of the International Monetary Fund has managed to obtain unanimous support from the Twenty-eight community partners. Faced with the threat of paralysis, it's time to raise the cards. France has led an initiative for EU finance ministers to vote tomorrow Friday and thus unlock the process for find a substitute for Christine Lagarde after her departure to the European Central Bank.

In such an open game, the withdrawal of one of them at the last minute could be decisive for decanting the balance. If necessary, the vote will be repeated several laps until leaving a single name. The winner must obtain a qualified majority, this is 55% of the Member States in favor – a minimum of 16 of the 28 – that represent at least 65% of the population.

Sources from the French Ministry of Economy reported Thursday that the long talks led by its head, Bruno Le Maire, in permanent contact with Olaf Scholz, his German counterpart, have ended without success. The only exit to the mess has therefore been the call to suffrage. To the post they aspire the Spanish minister of Economy in functions, Nadia Calviño; the head of Portuguese Finance and head of the Eurogroup, Mário Centeno; his Dutch predecessor and former minister Jeroen Dijsselbloem; the governor of the Bank of Finland and former European commissioner Olli Rehn, and the current CEO of the World Bank, Kristalina Georgieva. To that short list of five names could be added at the last minute a British candidate.

Despite the speculations of the last days, that placed Calviño and Centeno off the final listFrench sources have confirmed that the five remain in liza and have shown their express desire to stay in the bid. "All applications have been judged legitimate and of excellent quality," the same sources maintain.

After weeks of discussions, the vote is still very divided among the contestants, especially among the large economies, and there seems to be no clear favorite to prevail. The dilemma about which is the best European trick to avoid losing the chair at the IMF has geographical and ideological connotations. There are two candidates from the South: Calviño, which according to diplomatic sources is at a disadvantage, and Centeno, backed by Portugal and Italy. The Finnish Rehn is the preferred choice of the Baltic and Northern countries, while Dijsselbloem is of Germany, Holland, Belgium and Luxembourg. The possibility of the latter being chosen, formerly the head of the Eurogroup, arouses animosity in the countries of the South, not only because as Rehn he held a key position in Brussels during the period of cuts and bailouts. In the southern foreign ministries he still stings the phrase in which he called them wasteful with an unfortunate comparison in which he accused them of waste money on "alcohol and women".

The other woman who accompanies Calviño in the dispute to become a candidate, Kristalina Georgieva, also has a powerful ally: France, in addition to her own country, Bulgaria. His biggest handicap is age. The IMF rules state that the managing director cannot be older than 65 when he takes office. Georgieva will turn 66 on August 13.

After the renovation of the dome of the three major community institutions and the ECB, selecting the battering ram for the IMF is the last step of a bizarre summer of fruitless voting and negotiations. Although tradition says that in its 75 years of history, a European has always been at the head of the IMF and an American at the head of the World Bank, the winner is not fully assured of the position. Countries like India or Mexico demand an end to that duopoly so that the emerging ones have more weight on the world stage, and maneuver to place their own candidates.

In case the final candidacy falls on Rye or Georgieva, the dance of charges would not be over. His departure from the Eurogroup or the World Bank respectively would entail a new process to fill the vacancy in one of the two institutions.