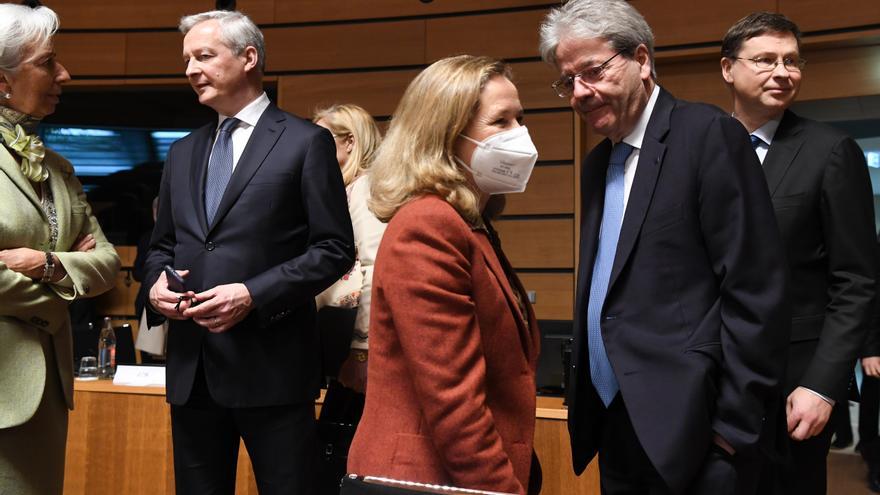 Will the Russian invasion of Ukraine drag Europe into a new recession? At the moment, the mantra among those responsible for the economy of the 19 countries of the eurozone and the European Commission is that the war slows down the economic takeoff, but not to the point of plunging Europe into a recession –two consecutive quarters with setbacks in the GDP–. Indeed, the EU is coming from a pandemic, which has caused a crisis not seen in the last 100 years during 2020 and part of 2021. As a result of the coronavirus crisis, the EU has launched recovery funds that began to disbursed in the second half of 2021, and 2022 was expected to be the year of full recovery, with high levels of growth that would make the green and digital transitions possible.

But on February 24 came the invasion of Russia by the Russian president, Vladimir Putin, and all forecasts were blown up, As the European Commission itself recently recognized. However, the community authorities make an effort to ward off the worst scenarios.

Thus, the economic vice-president of the European Commission, Valdis Dombrovskis, affirmed this Monday upon his arrival at the Eurogroup in Luxembourg: “Our current assessment is that the consequences of the war in Ukraine will be a slowdown, a substantial slowdown in economic growth in the EU. but not a recession.

"The general forecast is that the unjustified attack on Ukraine may have an impact in terms of slowing down the economic recovery, but it does not put this strong recovery at risk," adds the Spanish economic vice president, Nadia Calviño.

In this sense, the European Commissioner for the Economy, Paolo Gentiloni, stated: “We have to look at the data. we have a clear and strong rebound from last year. And this is what keeps us in positive territory, if we look at 2020 and 2022 as a whole. But anyway, we are responding to military aggression, not with military means, but by supporting Ukraine and working to isolate and weaken Russia. This is a decision where we're not entering a war, we're not escalating a war, but it comes at a cost. It is obvious that we will have to address the cost of these sanctions and of this reaction. This is not a war, but it is not free. If we respond, we have to pay a price and we are willing to do so.”

“We have very high inflation,” Gentiloni says, “but we still have common investment programs and the overall picture should not be described as a recession. Of course there are risks, but there is also a lot of energy in our economies to maintain a level of growth, albeit reduced.

Are you worried that the new sanctions on Russia will further slow down the European economy? “This will also be one of the topics of discussion today [por el Eurogrupo de este lunes]”, explains Dombrovskis: “What are the implications for the economy? What does it mean that, for example, the supply of Russian gas is cut off to the EU for whatever reason, either because the EU decides on a sanction or because Russia decides to cut it off itself? We are seeing these types of scenarios, but there is also a conclusion that, even without problems, it is possible to deal with a situation like this.”