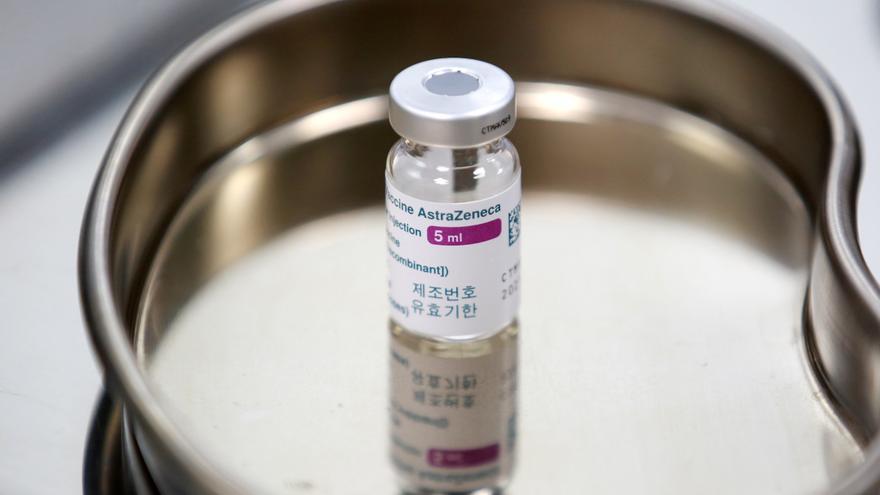 Approval from the European Medicines Agency (EMA) to the AstraZeneca vaccine. One more time. “It is safe and effective,” EMA director Emer Cooke said at a press conference on Thursday. Cooke has called for continued pharmacovigilance on COVID-19 vaccines. “Our job is to detect incidents and examine them,” said Cooke, who explained that “medical reports, autopsies and all available data” have been examined to reach a “clear” conclusion that the vaccine “is safe.” .

“The vaccine is safe and effective in fighting COVID-19, and the benefits still far outweigh the risks,” states the EMA: “The vaccine has not been shown to increase thrombi. But uncertainties remain, we have seen some rare cases, of intravascular coagulation, but we have not concluded with certainty that these cases are related to the vaccine: we will continue the surveillance. Since COVID-19 is also a cause of thrombosis, it can be said that the vaccine reduces these risks “.

“Our responsibility is whether the benefits outweigh the risks,” Cooke said: “Many Member States are awaiting the results of this assessment and have indicated to us that what the EMA has done from a scientific perspective is very important for them to take a decision on how to continue vaccinations. ” It is expected that in the next few hours countries that had suspended vaccination with AstraZeneca, such as Spain or France, for example.

The EMA does say that it is “premature” to conclude that a segment of the vaccinated population is more susceptible to thrombi: “It will be part of future evaluations to reduce risks.” The European regulator also explains that the population vaccinated in the EU with AstraZeneca is different from that of the United Kingdom, where people over 65 have also been vaccinated, which has been done to a lesser extent on the continent.

The president of the president of the European Commission, Ursula von der Leyen, was already optimistic on Wednesday about the analyzes of the AstraZeneca vaccine. Several EU countries have suspended vaccination due to alleged links of the drug with cases of thrombi, and on the eve of the EMA report, Von der Leyen said: “I am convinced that the AstraZeneca situation will be clarified tomorrow. [por este jueves]”.

According to Von der Leyen’s calculations, the EU expects 360 million vaccines by the second quarter of 2021: Pfizer, 200 million; Janssen, 55 million; AstraZeneca, 70 million (instead of the 180 agreed); Modern, 35 million.

The director of the EMA, Emer Cooke, had already appeared this Tuesday at a telematic press conference to insist on something previously disseminated in several statements: so far, according to the available data, there were no links between thrombi and the vaccine AstraZenca, although the final evaluation will be known this Thursday.

“We need a scientific evaluation, we cannot reach a conclusion until we have a scientific analysis. At the moment, there is no indication that the vaccine has caused these events, it has not come out in clinical trials or as side effects. The number of thrombi in Vaccinated people do not seem superior to that of the general population. The pandemic is a global crisis, with devastating effects. Vaccines help us to protect people from getting sick. We firmly believe that the benefits, with their secondary effects, among those that do not thrombi have been found to be found, they are higher than the risks “.

Spain has stopped vaccination with the Oxford / AstraZeneca serum for 15 days. The Ministry of Health has taken this measure after Germany, France and Italy announced on Monday that they were temporarily suspending the use of the AstraZeneca product until the EMA’s conclusions are reached. The alerts have been activated this weekend when several cases of rare cerebral thrombosis were detected in Europe, one of them in Spain. The Minister of Health, Carolina Darias, explained that after describing the episode in Spain, it was learned that there were some other cases in Norway and Germany. Darias has said that this type of thrombosis is different and rarer than those described last week and has been detected after the EMA and WHO explained last Friday that the AstraZeneca vaccine was still safe.

The European Commission announced this Thursday that it is preparing a formal letter to Brussels to start the “dispute resolution procedure” for the lack of AstraZeneca vaccines, a step prior to going to court.

The mechanism provides for a formal communication, “an officialization of the dialogue,” according to European Commission spokesman Eric Mamer, to address delivery problems. AstraZeneca will deliver 30 million doses in the first quarter, when the agreement was at least 80 million – and up to 120 in the best of cases.

And, for the second quarter, it has insured between 70 and 90 million, instead of the 180 planned.

If the dispute resolution procedure does not succeed, the next step would be to go to the Belgian court for breach of contract.

The European Commission has also published the data of doses delivered and administered as of March 16. Thus, according to Brussels, 69.5 million doses have been delivered, of which 51 million have been administered. This means that there are 25 million people in the EU vaccinated, out of a population of 450 million, which is equivalent to 5.5% of the population broadly speaking.

Brussels plans are to reach 70% of the adult population vaccinated by the end of summer, for which it foresees 360 million doses in the second quarter of 2021, if the 70 million of AstraZeneca do not fail.