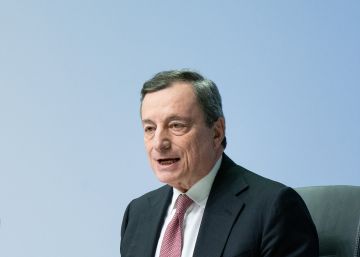 The eventual rupture by the brave of the United Kingdom with the EU has another possible collateral damage that the authorities try to prevent. The mattresses of anti-crisis debt that are required of financial institutions, between January from this year for those of systemic importance and 2023 for smaller ones, are at risk from a hard Brexit. The ECB and the Single Resolution Board (JUR) require banks to include clauses in the new bonds with the capacity to absorb losses issued under British law. The objective: that they can be used if there are problems.

The date highlighted in red is October 31. Unless the British Prime Minister, Boris Johnson, devises a solution, community legislation will cease to take effect in the United Kingdom; including the one affecting internal rescue instruments (dance in) that banks have been issuing for years. The first to launch the iconic convertible contingent bonds (coconuts) among Spanish banks was BBVA in 2013.

The big problem is that a part of the shield that Draghi, president of the Central Bank, and his counterpart from the JUR, Elke König, will have been invalidated. And both agencies are accelerating the warnings to navigators. Now, the number of entities supervised by the ECB, and, therefore, with requirements to build their minimum required eligible liabilities (MREL) – read, that are capable of absorbing losses – is 114. The warning is for all of them , but those that have a direct presence in the country are especially affected by past emissions. The JUR specifies in a document that banks must include clauses in their new issues under British legislation with the objective that their owners recognize that the securities in their portfolio are subject to the EU authorities. That is, they can be amortized or converted into capital.

The best option, however, is to issue new instruments under the regulation of the 27 countries that will remain in the club.

The bad news is that what has already been issued will be, predictably, unusable. The agency in charge of guarding the possible resolutions of banks – it already did so with Popular in 2017 – will evaluate case by case and adds that it can extend the deadlines to reach the required ratios with the aim of giving time for new instruments to be issued.

"The legal uncertainty will only disappear if the issuance is made in accordance with the laws of one of the member states of the European Union," says Antonio Carrascosa, executive advisor of the JUR, in a recent article.

“Brexit is having a lot of impact. There are some indications from the ECB to start issuing internal rescue instruments in legislation different from that of the United Kingdom in case a conversion decision has to be made ”, confirms Gonzalo Gómez Retuerto, general director of BME Renta Fija.

Santander, which bought Abbey – today, Santander UK – in 2004, and Sabadell, which did the same with TSB in 2015, are the most affected Spanish entities. Both banks include in their balances computable instruments for MREL that were placed in the United Kingdom.

Both entities recognize the need to include asterisks that shield the effectiveness of future coconuts, subordinated bonds and non-preferred senior debt if they do so under British law. A spokesman for Sabadell said that from September a decision will be taken on this issue and adds that the loss absorption strategy should also be determined in case of resolution of emissions in the United Kingdom.

The bank headed by Ana Botín, as an entity of global systemic importance, complies since January with the total loss absorption capacity (TLAC) and also with the European MREL, set preliminary for 2020 in 24.35% of assets weighted by risks. As of June, Santander had 53.4 billion euros issued in the United Kingdom (in all types of issues, not only those that are eligible for MREL), 31% of the total. The MREL target for Sabadell is 22.7%. But the JUR is expected to review the ratios from September.

Flights in the EU. Airlines are especially threatened by a hard Brexit. If they do not prove that they are controlled by European shareholders, they will lose their license to operate in the 27 countries that will remain in the club. On June 20, the Spanish Government went to the rescue of Iberia and also of Vueling. The Spanish Aviation Safety Agency (Aesa) and the Civil Aviation Authority gave the verdict that both comply with the community regulations to continue operating in EU skies in the event of a divorce without agreement. The final decision, however, is from the European Commission. And El Corte Inglés laid ground on one of the lines of defense wielded by Iberia, as CincoDías published on July 24. Garanair, a company that controls the majority of Iberia's political rights belongs to the distribution group, but this states in its 2018 financial report that it does not hold control over IB Opco, the subsidiary owner of Iberia. The argument is that the economic rights of the former Spanish flag airline belong exclusively to IAG.