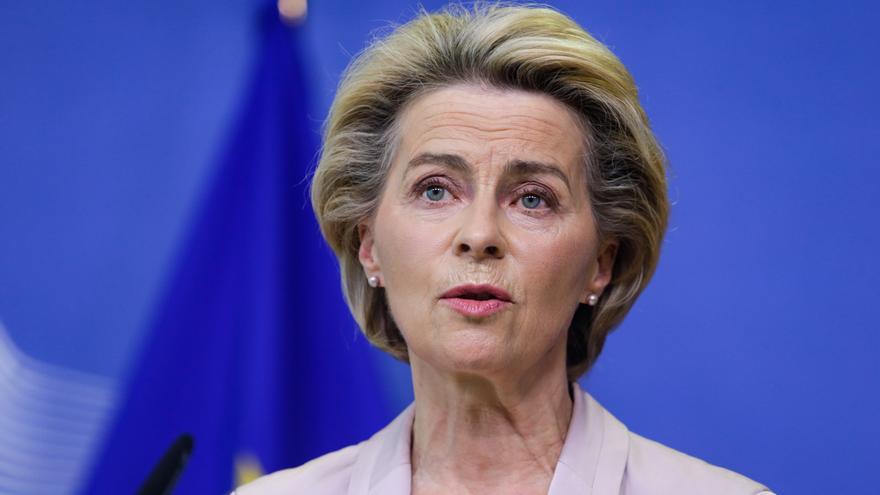 The crisis has exposed health and social vulnerabilities in Europe. This is stated by the European Commission in a report on the long-term strategies of the European Union to strengthen its capacity to withstand and overcome crises. “Nursing homes for the elderly and people with disabilities were structurally vulnerable and unprepared to cope with and control the spread of the coronavirus,” the report states.

The Community Executive recognizes that “those with chronic diseases, especially with weak immune systems or respiratory problems, have been especially affected. The health systems in several member states, as well as the pharmaceutical industry, were not fully prepared.”

As a result, they have “experienced shortage of personal protective equipment and chemicals necessary for the production of pharmaceuticals. It is necessary to better anticipate health risks and prevent the spread of new infectious diseases and associated disorders. coronavirus has diverted attention from major health challenges like noncommunicable diseases, particularly cancer and obesity. ”

Brussels also notes that “economic, gender, regional and ethnic inequalities have worsened” with the crisis: “Covid-19 has increased the number of people living in poverty or at risk of poverty in Europe. Some of those affected economically Due to the pandemic, they also had difficulties accessing food. Racial and ethnic minorities are statistically at higher risk of contracting the virus and facing financial insecurity. ”

Furthermore, “the crisis has widened the digital divide: students from disadvantaged backgrounds have been less likely to benefit from distance learning, and less skilled workers have been more likely to be employed in ‘contact jobs’, which has risk greater exposure to disease, and have had less access to health care. Teleworkers, especially mothers, have faced additional burdens with caring for their children. Frontline workers they were women in a disproportionate proportion in the social and health services “.

“Labor markets have been disrupted with massive job losses that could have long-term cascading effects,” continues the European Union report: “Member States’ capacities differ when it comes to financing safety nets so that people and companies absorb the impact of the crisis, with the consequent asymmetries that threaten regional and social cohesion “.

Unlike previous crises, Brussels notes that “employment in the service sector suffered the most, the engine of job creation over the last decade. Almost 8% of all jobs in Europe are expected to equivalent to 12 million full-time jobs will be lost in 2020, not counting the devastating effect on non-standard forms of work and project-based work. ” And she adds: “Young people who join the workforce at this time will also have more difficulties in getting their first job.”

“Multilateralism and the global financial system are under increasing pressure from narrow national interests,” says the European Commission. “Preserving a space for consensus-building and joint action to address global challenges and protect common public goods is fundamental for geopolitical resilience. The shift of power to the East and the South is a global trend. ”

Brussels acknowledges that “the security context is continually changing, marked by the shifting balance of power, the increasing use of threats, space and cyber warfare, disinformation and the increasing role of non-state actors.” He adds: “The crisis has also further exacerbated the pressures that can provoke conflicts, such as the impact of economic measures driven by political considerations, the extraterritorial repercussions of sanctions or protectionist measures.”

In this sense, “the lack of unity in specific areas of foreign and security policy is a source of fragility. The strength and credibility of the EU abroad have a direct correlation with its internal unity and cohesion, which is they are based on their diversity. The lack of unity and coordination between member states can, at times, limit the effectiveness and agility of the EU, which could allow foreign powers to apply divide and rule strategies. ”

“The COVID-19 crisis has revealed Europe’s excessive dependence on suppliers of critical raw materials from outside the EU,” says the EU Executive, “and has highlighted how supply interruptions can affect to industrial ecosystems and other productive sectors. Europe is increasingly dependent on a limited number of external suppliers for some key goods, components and raw materials, as well as agricultural products. By April 2020, European industrial production had decreased by 27% in 12 months, while trade and investment have collapsed. According to estimates, world trade volumes will fall between 9% (IMF) and 32% (WTO) “.

“The economic sovereignty of Europe is at stake,” says Brussels: “Other global powers are combining geopolitical and economic interests to increase their influence in the world. Covid-19 has put pressure on Europe’s industrial and business assets, which requires protecting its economic sovereignty through an integrated strategy. Insolvencies due to the pandemic are exposing strategic EU industries to hostile foreign takeovers. To preserve EU companies and critical assets, the EU must acquire strategic European assets especially in the health, defense and space supply chains. Openness to foreign investment must be balanced with the right tools. ”

“Climate change is making extreme weather events more frequent and intense,” says the European Commission, “from unprecedented forest fires and heat waves over the Arctic Circle to increasingly devastating droughts in the Mediterranean region; from accelerating coastal erosion on the Atlantic coast to more severe flooding and decimated forests in Central and Eastern Europe. All this comes at a terrible price: recent projections show that exposing the EU economy to global warming of 3 ° C would result in an additional annual loss of at least 170,000 million euros (1.36% of GDP) and it would cost tens of thousands of lives. ”

“Our current model of production and consumption increasingly exposes people and the environment to the impact of dangerous substances”, he states: “The growing exploitation of renewable and non-renewable natural resources cannot be sustained, since they are endangering the prospects for future sustainable development “.

And he concludes: “Covid-19 seems to have spread more rapidly in dense urban areas and poor neighborhoods. More than 70% of the European population lives in cities, and this number is expected to increase to more than 80% by 2050. This will be translates into 36 million new urban dwellers, who will need housing, jobs and care, which will increase pressure on the city’s infrastructure. On the one hand, population density facilitates the spread of diseases. On the other hand, urban areas they have capabilities that some of their rural counterparts still lack, such as proximity to health facilities and digital infrastructure. ”

According to Brussels, “Covid-19 illustrates the connection between human development and the environment. Contemporary pandemics such as COVID-19 and earlier pandemics such as AIDS or Ebola find their origin in humans invading the natural habitats of wildlife and the destruction of ecosystems This occurs due to environmental crimes (eg logging and trade in exotic species), some forms of agriculture, mining and urbanization, driven by resource-intensive lifestyles. ”