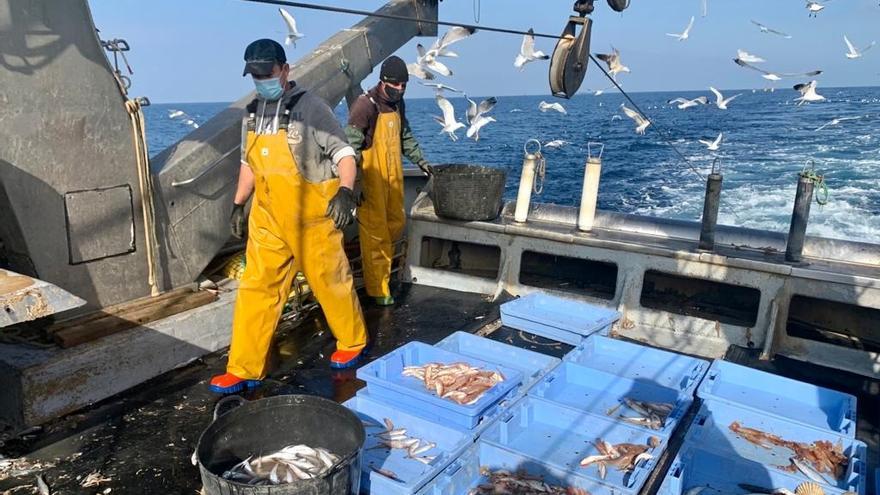 The negotiation of fishing quotas in Brussels is one of the annual pre-Christmas milestones. In the absence of a Christmas lottery in the European Commission, each year the ministers of the branch meet for two days and two nights to agree on how much each country can catch of each type of fish for the next year. And this Thursday, at eight in the morning, almost 48 days after the start of the Council of Ministers of Agriculture and Fisheries in Brussels, an agreement full of uncertainty was announced – the distribution of 119 populations under shared management is in the air – due to the lack of a trade pact with the United Kingdom after Brexit, as of January 1. In the worst case scenario, EU vessels will not be able to fish in British waters in two weeks.

Thus, the meeting set aside the distribution of 119 fisheries species under shared management with the United Kingdom, including hake, monkfish or rooster in northern waters, pending the conclusion of the negotiations.

While negotiations continue to clarify whether or not there may be an agreement with the United Kingdom, with fisheries being the main final stumbling block, the EU ministers have closed their agreement for 2021, which foresees a 5% cut in the catches of Southern hake for Spain, as well as a reduction in working days of 7.5% in the Western Mediterranean.

“The negotiations have been long and complicated but I can describe the agreement reached as a good agreement on fishing opportunities for the Spanish fleet in 2021”, said the Minister of Agriculture and Fisheries, Luis Planas, at the press conference after the agreement, this Thursday morning.

Thus, the 27 have accepted the idea of ​​the Community Executive to set a provisional transition period of three months for the stocks shared with the United Kingdom in which the fishing opportunities for this year are extended and thus be able to catch 25% of the figure established for the whole year. In some of the species, such as mackerel, blue whiting and horse mackerel, it will be increased to around 65% of the TAC during those three months. “The decision is a good starting point,” Planas said.

In the agreement signed between the 27, Spain has managed to reduce the proposed cut for southern hake from 12.8% to 5%, as well as from 40% to 20% that of sole in the same waters and go from 15% to 7 5% reduction in activity proposed in the framework of the Western Mediterranean recovery plan. “It is a satisfactory result if the circumstances are taken into account”, said Planas: “We have improved the proposals presented.”

The European Union Fisheries Ministers began negotiating three regulations on Tuesday: Total Allowable Catches and quotas in the Atlantic and North Sea, as well as those for deep waters (2021-2022) and the recovery plan. of fishing in the Mediterranean Sea.