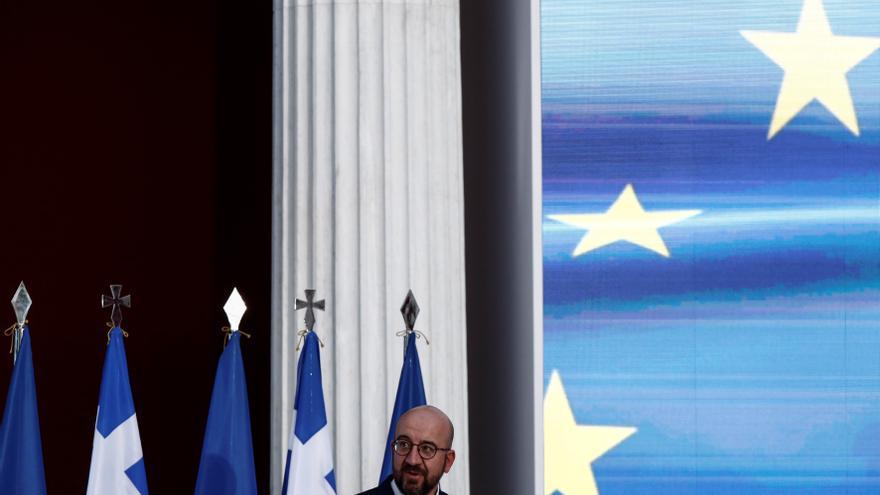 Athens, May 28 (EFE) .- The President of the European Council, Charles Michel, and the Greek Government presented this Friday in Athens the digital certificate of vaccination against European covid-19, a common tool throughout the European Union (EU) to facilitate movements within the Schengen area.

Michel congratulated the Greek Prime Minister, Kyriakos Mitsotakis, for bringing the idea of ​​the certificate to Brussels at the beginning of the year and stressed that freedom of movement is “one of the greatest European achievements”, thus demonstrating that the EU is able to guarantee it After the covid-19 pandemic, it is a priority at the level of the vaccination campaign.

For his part, Mitsotakis assured that the certificate is simply “a fast lane to travel” that does not divide citizens but facilitates movements and represents European cooperation at its highest level, in a reminder that “the EU can be an incubator for ideas that drives change. ”

The European certificate will be free, it will be available in both digital and paper format and will be issued with a unique QR code both in the national language of each citizen and in English.

It will be valid throughout the EU and will serve as proof that the person who wants to travel has been inoculated, has taken a covid-19 test that has been negative or has recently recovered from the disease, in the 180 days prior to displacement.

Those who do not comply with these conditions may continue traveling to the countries that allow it but complying with the measures that each State deems appropriate, such as mandatory quarantines.

Although the official implementation of the certificate will begin in July, in Greece and other European countries such as Germany, Denmark and the Czech Republic, which are already ready to use it, it will be possible to present it from next week to travel without having to take a test or respond to other obligations.

For the vice president of the European Commission Margaritis Sjinas, who like Michel is in the Greek capital on the occasion of the fortieth anniversary of the accession of Athens to the European Economic Community, that the Hellenic country is one of the first to implement the certificate, in addition being the origin of the idea, it shows that things are going well in Greece.

Likewise, Sjinas stressed that, although there were disagreements during the formulation of the certificate, that it has been achieved in a few months instead of years is a great milestone for the EU and assured that it is a “very European product, fully compatible with the legislation of data protection, privacy and security, as well as that Europeans can use it without fear “.

For Greece facilitating tourism is undoubtedly a priority since it represents between 25% and 30% of its gross domestic product (GDP).