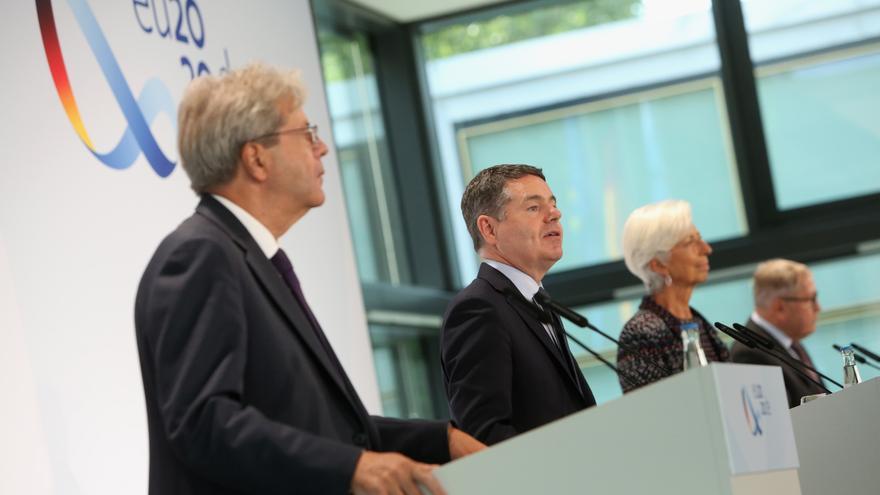 “Would it be more risky to withdraw fiscal support too soon or too late?” This is the reflection made aloud by Paolo Gentiloni, European Commissioner for Finance, during the meeting that the ministers of the euro zone hold in Berlin. “In our opinion,” he said, “the former is the main source of concern: a premature withdrawal of support would jeopardize the fragile recovery.”

The European Commission, in any case, states: “We must not forget the need to ensure sustainability in the medium term and the need to chart an adjustment path at some point. If we miscalculate the moment of this landing, we run the risk of damaging the European economy “.

The finance commissioner recalled the second quarter GDP figures published by Eurostat this week: “We are in a deep economic contraction in the euro area, with a drop in GDP of 11.8%. But this contraction is profoundly uneven, with quarterly falls in GDP that oscillate between 4% and 18% in different countries. The risk of fragmentation is there “.

The Community Executive acknowledges that “as the confinements decreased, we saw a strong rebound in activity in June and July, but the indicators suggest that activity has slowed down again in recent weeks due to the new outbreaks of the virus. We anticipate that most Member States will not have reached their pre-crisis GDP levels by the end of 2021 “.

The new president of the Eurogroup, Irish Paschal Donohoe, who made his debut at the informal meeting in Berlin on Friday, has insisted on the existence of “a significant rebound in activity in June and July.”

“Across the euro area, some crisis plans will be terminated, but others will expand and improve,” Donohoe said: “There will be no sudden stop, general fiscal policy will continue to support the economy. I am confident that we can build. a strong and inclusive recovery, recognizing the magnitude of a response that has already been approved. ”

The president of the European Central Bank (ECB), Christine Lagarde, for her part, has asked the ministers of the Eurogroup not to fall into “complacency” and to maintain economic stimuli until the crisis caused by the coronavirus pandemic has ended. : “Our monetary policy needs the support of fiscal policy. None of us can afford complacency for now,” said the head of the ECB after warning that the current situation is “surrounded by much uncertainty.” In her opinion, these policies “must be maintained until the crisis is over.”

The Ministers of Economy and Finance of Germany, France, Italy, Spain and the Netherlands have signed a joint declaration in which they ask the European Commission to guarantee the monetary sovereignty of the eurozone and the role of the ECB as the sole issuer of foreign currency before the call push stable coins: cryptocurrencies that are associated with an official currency, such as the dollar or the euro, or assets such as gold.

The economic leaders of these five countries have presented the text on the margins of the Eurogroup meeting that took place in Berlin this Friday.

“We want a simple principle: the ECB is the only entity that is allowed to issue a currency, and this point is something that cannot be damaged or weakened by any project, including Libra. [la criptodivisa de Facebook]”, has summed up the French Bruno Le Maire in a joint appearance in which they have not answered questions from the press.

Along the same lines, the Vice President of Economic Affairs, Nadia Calviño, has indicated that the declaration is based on three priorities: monetary sovereignty, financial stability and consumer protection. “Citizens have to be safe and feel protected by the monetary system that we have given ourselves,” he stressed.

The Spanish recalled that the European Commission plans to present a regulatory framework for cryptocurrencies and that, when agreed by the ministers, it will mean that the EU will “lead the way” in this field and facilitate the development of a “global standard” on virtual currencies.

“The declaration is a strong signal that we are united and committed to ensuring, on the one hand, that we support and drive financial innovation and, on the other, this goes hand in hand with stability, consumer protection and monetary sovereignty. “, has expressed the Italian minister Roberto Gualtieri.

Brussels tries to stop the fraud of 121,000 million annually in imports of counterfeit products

Google creates its second subsidiary in Spain, but it will be controlled from Ireland