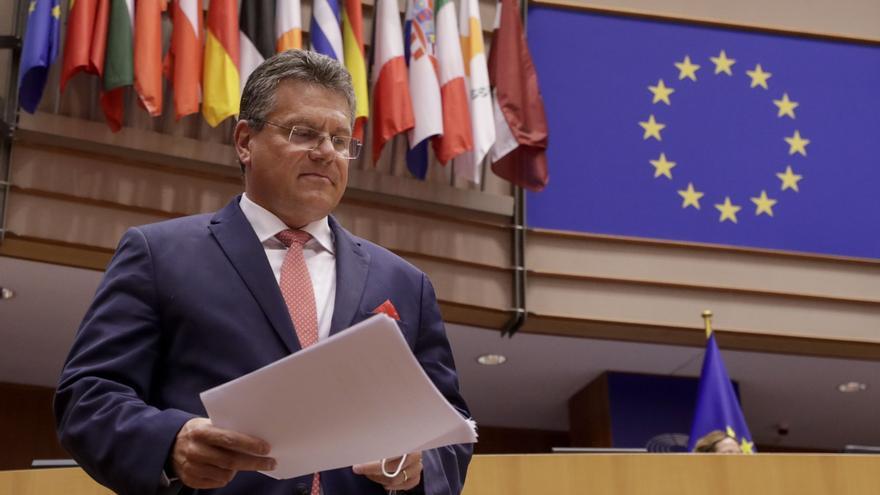 Brussels, Apr 27 (EFE) .- Implementing the vaccination certificate and complementing it with a more coordinated approach to mobility restriction measures are the priorities of the European Union (EU) in order to save the summer tourist season.

These were the main conclusions of the debate held this Tuesday between representatives of the European Commission, the Council of the EU and the European Parliament on how to try to save the summer tourist season, with special emphasis on the support of the Union to the sector of the hostelry.

The Secretary of State for European Affairs of Portugal, Ana Paula Zacarias, on behalf of the Portuguese Presidency of the Council, pointed out the need to progress in vaccination campaigns, which “will result in a recovery of mobility in a safe way.”

To do this, “we need a more coordinated approach in raising barriers to movement within Europe and with third countries,” he added.

In this sense, the European Commissioner for the Internal Market, Thierry Breton, argued that it is “fundamental” that citizens have the confidence to be able to travel again, an objective that involves the implementation of the digital green certificate and “a common approach” of measures. complementary for cross-border travel.

Thus, Breton assured that an emergency treatment will be granted to the certificate, so that it can enter into force in June for the summer season, while reiterating the objective of the European Commission that 70% of the adult population of the EU is vaccinated in mid-July.

In that sense, the Socialist MEP Isabel García Muñoz insisted on the need to unify passenger forms and make the PCR tests “affordable and non-discriminatory”, which “cannot be more expensive than the plane ticket itself.”

In general, the majority of MEPs agreed on the need to unify criteria and make the tests cheaper, also adding the request that the Member States eliminate additional measures, such as mandatory quarantines.

“The crisis is a catalyst to reform the sector,” said Zacarias, who insisted on the need for said transformation to consist of the passage “from a quantitative model to a qualitative one, leading to a sustainable development of the sector and quality jobs. “.

Thus, Breton admitted that the recovery of the sector “is going to take some time” and that “tomorrow’s tourism is not going to be the same as it is until now”, but that it has to be “more sustainable, digital and better reflecting the citizens’ needs “.

Therefore, the commissioner insisted on the need for Member States and the tourism sector to “seize the unprecedented opportunity” offered by recovery and resilience funds, while reaffirming their commitment to “rebuilding one more sector. resilient, digital and sustainable “.

The executive representative added that the Commission is working to ensure that the tourism sector receives support in the national recovery plans, for which, he said, “more coordination is needed at the European level.”

“There is a sense of urgency for financial aid to reach the sector, which will be added to that of the Member States,” insisted Zacarias, who pointed out that such assistance is “particularly important” in coastal areas, islands and outermost regions.