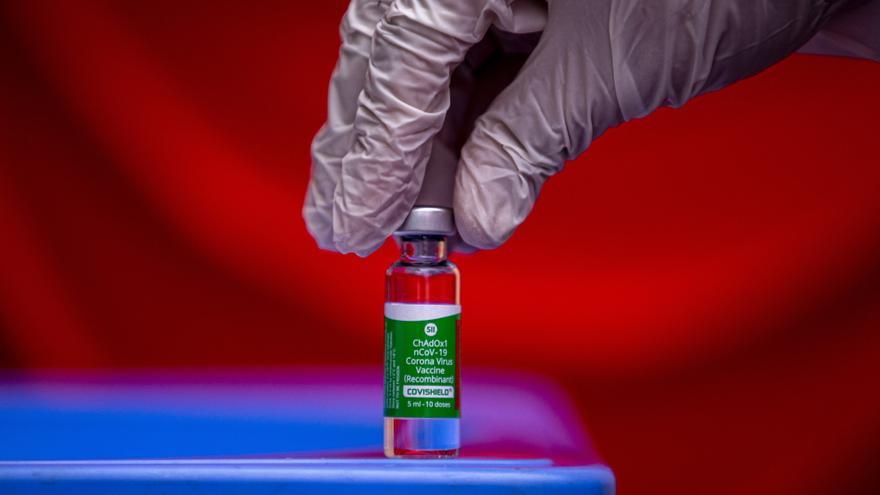 One week. This is what remains for the first AstraZeneca vaccines to start arriving, according to a source from the Community Executive. “We expect the first deliveries for next week,” they affirm, after ten days of war between the laboratory and the European Commission since the former announced on Friday, January 22, a significant cut in the first deliveries. Brussels expected between 80 million and up to 120 million doses in the most optimistic scenario for the first quarter. However, after the agreement this Sunday, the EU agrees to bury the hatchet in exchange for 40 million until March, 9 more than the pharmaceutical company offered on January 22.

“The fact that it is not giving the amounts stipulated in the contract is a serious problem for the Member States. They were three-digit amounts and now we are in the first quarter,” the Director-General for Health acknowledged this Monday in the European Parliament. from the Community Executive, Sandra Gallina: “But vaccination is a matter that depends on the Member States, which are the ones who decide the speed, the priority groups, and so on.”

The French Minister for European Affairs, Clement Beaune, said this Monday in France Inter: “From the end of this week, at the latest at the beginning of the next, the doses of the AstraZeneca vaccine will begin to arrive in France and we will be able to start vaccinating with it. Other vaccines are also arriving, particularly Johnson & Johnson. As of February we will be able to have the authorization and the doses. ”

According to the guidelines of the European Commission, 70% of the adult population should be vaccinated by the summer. Gallina, however, has transferred a lax interpretation of the summer season. “We will have all the vaccines to have completed 70% vaccination by the end of summer”, which ends on September 21.

According to the information provided by the Community Executive, as of February 1, 18.5 million doses had been received (17.6 from Pfizer and 854,000 from Moderna), of which 4 million doses (3.5 from Pfizer and 0.5 de Moderna) were delivered last week. These figures, says Brussels, coincide with what was expected.

In addition, by the end of September they expect that 600 million more will have been distributed: 500 from Pfizer – which would reach 600 million in 2021 – and Moderna, plus 100 million from Johnson & Johnson.

And AstraZeneca? The 870 million contract provides for 300 million, but is expandable to 400 million doses. For this reason Gallina believes, even with the delay of this vaccine, that a respectable immunization can be reached by October, “but vaccination is a matter that depends on the Member States,” he defends himself.

The row with AstraZeneca led to a diplomatic crisis with the United Kingdom on Friday night, when Brussels announced that it would establish export controls at the Irish border to prevent a leak of vaccines from the EU to the United Kingdom for that. invisible border crossing under the Good Friday Agreements, as recognized by the Brexit agreement.

A decision that generated so much unease in the United Kingdom and Northern Ireland that Brussels ended up backing down on Friday night to remove the mention of the Irish border mechanism from Article 16 of the text of the export control regulation.

And this Monday, the spokesman of the European Commission, Eric Mamer, has publicly blamed the team of the economic vice president, Valdis Dombrovskis, of the conflict with the United Kingdom: “This regulation is the responsibility of Dombrovskis and his cabinet and of course the services of the commission that responds “. This statement places Sabine Weyand, general director of Commerce and one of the protagonists of the Brexit agreement, at the center of the controversy.

“Rule number one of any leader”, tweeted Alexander Stubb, who lost to Manfred Weber the race to be the poster of the popular european to preside over the European Commission in the last European elections, system, that of the spitzenkandidat, which ended up failing with the election of Ursula von der Leyen as head of the European Commission. “If your institution is wrong; never, never publicly blame your team.”