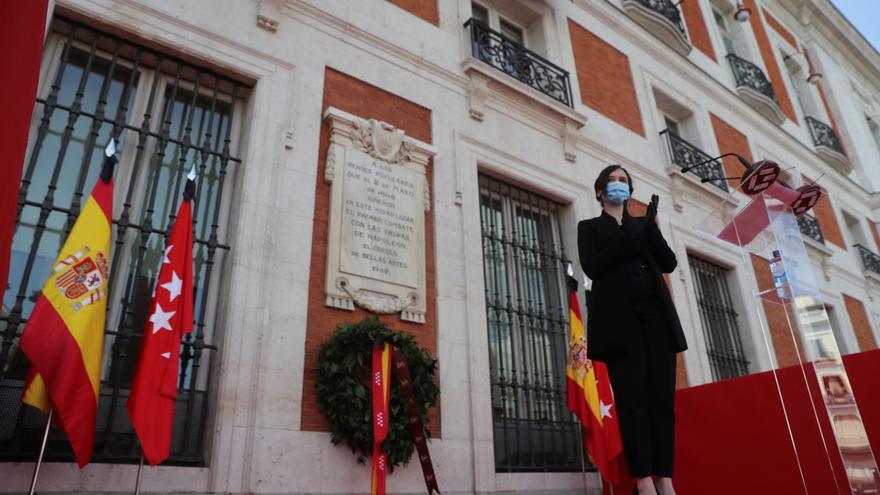 Massive tests for places like Madrid. It is the recommendation of the European Center for Disease Prevention and Control (ECDC) collected in its latest report on the status of COVID-19 in the EU, released this Friday: “Countries that experience high transmission of SARS-CoV- 2 in a local community should consider testing the entire population of the affected area. ”

Spain, according to data from the ECDC report, is at the forefront in Europe in contagions, with Madrid, the community chaired by Isabel Díaz Ayuso, as the first region of the continent: not only does it lead the accumulated incidence of cases (659, 41 per 100,000 inhabitants in two weeks, and in some of whose neighborhoods or municipalities it doubles), but also the occupation of beds: almost one in five (21%) are currently dedicated to coronavirus patients.

According to the ECDC, testing “the entire population of the affected area” would allow “the identification of infectious cases of COVID-19 and allow their rapid isolation to interrupt the chains of transmission.”

And he adds, in relation to alternatives such as confinements: “Depending on the epidemiological situation, the size and the population density of the affected area, this approach could be less harmful to society than having to introduce and ensure compliance with health measures. stricter public “.

The Community of Madrid already has more than 2,700 people admitted to hospitals in the region just for coronavirus, 371 of them in intensive care units (ICUs) that are beginning to see their capacity exceeded. The region has accumulated more than 15,000 deaths since the health emergency began and in the last seven days alone it has added more than 21,000 positive cases, 3,443 only in the last 24 hours.

The ECDC, in order to carry out massive tests, proposes that they can be carried out “in homes, summoning the population to present themselves to the analyzes and facilitating that tests can be done voluntarily”.

Among other recommendations, the community body proposes five main objectives for testing to control transmission: “Reliably monitor the rates and severity of coronavirus transmission; mitigate the impact of COVID-19 in the environments of medical and social care, detect groups or outbreaks in specific settings and maintain sustained control once achieved. ”

The prevention center of the EU defends that the tests are “flexible, depending on the local epidemiology, the transmission, the dynamics of the population and the resources”.

“Ideally,” the report says, “all people with symptoms should be tested as soon as possible after the onset of symptoms. This requires easy access to testing for everyone, including non-residents. The response time of the test should be minimized, individuals who test positive should be isolated, and timely contact tracing should be performed, ensuring that all close contacts are evaluated, regardless of symptoms. ”

Thus, “health care and social service settings require intensive testing when there is documented community transmission,” and it is recommended “to perform periodic and comprehensive testing of all staff and residents or patients to prevent transmission. In addition, all patients they must be evaluated at the time of admission or just before. ”

The ECDC also warns of “outbreaks in certain environments, such as workplaces, educational facilities, prisons and migrant detention centers”, for which “test systems for rapid detection and control must exist to protect people and the broadcast community. ”