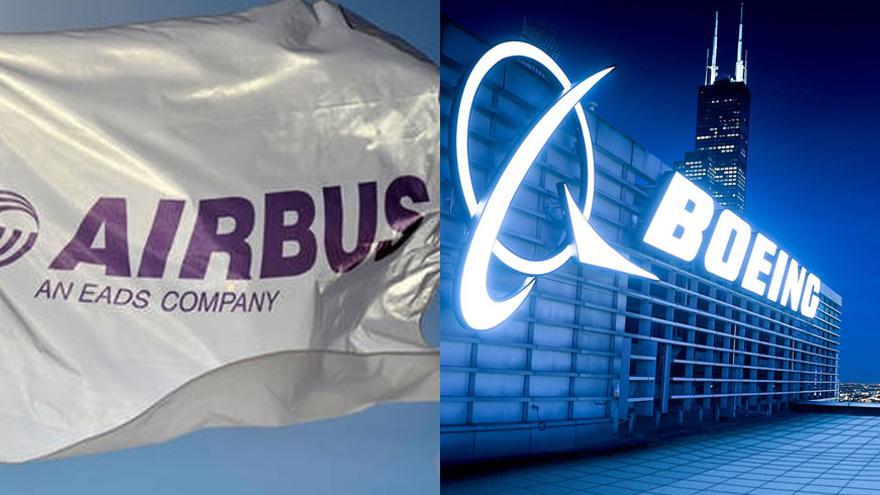 The European Union and the United States bury 17 years of trade war. This is the case after agreeing to extend for five years a tariff truce agreed in March to de-escalate the trade war by Airbus and Boeing. This was published by the AFP agency, anticipating the announcement of the extension of the suspension of tariffs in their dispute over aid to the aviation giants, also threatened by China's booming commercial aircraft industry.

"I am very convinced that today [por este martes] we will find an agreement on the Airbus and Boeing problem in our conversation with our American friends, "said the president of the European Commission, Ursula von der Leyen, who is seen in Brussels with the president of the United States, Joe Biden, along with European Council President Charles Michel: "I remember very well when I had my first telephone conversation with President Biden, in February, when we agreed to find a solution to this dispute over airplanes. This is the longest trade dispute in the history of the WTO. Therefore, we are all interested in solving it. I am very optimistic and I am convinced that together we will achieve it today. "

The deal to park the world's largest corporate trade war during, at least five years as explained by Politico, will help the American manufacturer, Boeing, and the European, Airbus, while alleviating dozens of other industries affected by the tariffs approved in the context of that trade war, and that were frozen in March and that were seen in the middle of a new trade war in a few weeks, starting July 1, if no progress was made.

US Trade Representative Katherine Tai met with her EU counterpart Valdis Dombrovskis on Monday before the US-EU summit on Tuesday, where China will also be a key issue. Tai travels to Britain on Wednesday.

The European Commission, which has the powers of EU trade policy, and the United States had pledged to find a solution by July 11, when the currently suspended transatlantic tariffs will resume, Reuters explains, which cites sources that had pointed to a permanent solution through two treaties, one between the United States and the European Union; and another between Washington and London, after the United Kingdom left the EU, on new basic rules for the aerospace industry.

But reaching a detailed agreement has proven difficult, given nearly two decades of legal disputes and thousands of pages of documents, a source told Reuters.

Tariffs on $ 11.5 billion worth of goods were progressively imposed beginning in 2019 after the United States and the EU scored partial victories at the World Trade Organization over claims of public aid to Boeing and Airbus.

The dispute has dragged on since 2004, when the United States withdrew from a 1992 aviation public aid pact and brought the EU to the WTO, claiming that Airbus had managed to match Boeing's share of the air market thanks to part to government subsidized loans. The EU filed a counterclaim for what it called unfair support for R&D and subsidized tax incentives for Boeing.

In recent months, European, British and American officials have engaged in intense discussions to resolve the dispute and focus on other challenges, including China.