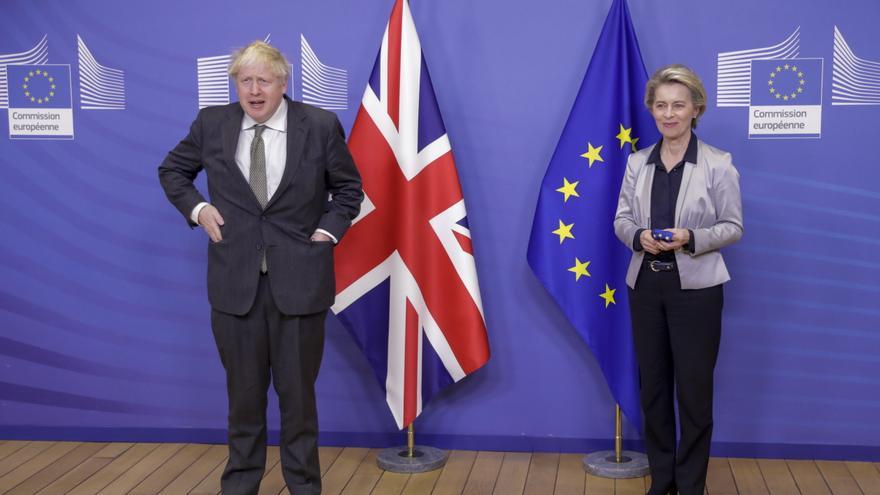 In the last minute. Agonic. Like many things happen in Brussels, outside of all the established deadlines. The European Union and the United Kingdom have closed an agreement to avoid a chaotic Brexit a few hours before January 1, 2021, the day on which the United Kingdom’s exit from the EU becomes effective once the period of transition that began on January 31, 2020. Four and a half years after the 2016 Brexit referendum, the two parties culminate an orderly separation.

“We finally have an agreement. It is a good, fair, balanced and responsible agreement for both parties,” said the President of the European Commission, Ursula von der Leyen: “The United Kingdom is an ally, the EU and the United Kingdom they will stand shoulder to shoulder in the face of global challenges. The negotiations have been very difficult, it has been an agreement for which we have had to fight to avoid problems with travelers, companies, and defend the European interest as of January 1 “.

“Today I feel satisfaction and relief,” said Von der Leyen: “Leaving is a shame, an end is also a beginning,” he said paraphrasing TS Elliot.

The agreement solves the final problem, related to fishing “by guaranteeing an understanding for five and a half years”, explained the head of the Community Executive, referring to the agreement on quotas by which the Community fleets will be able to continue fishing in British waters – although with a cut of 25% of what was caught so far – for five and a half years. Thereafter, the installments will be negotiated year by year.

“This debate has been about sovereignty, but what is sovereignty in the 21st century?” Von der Leyen asked himself: “For me it is traveling and working in 27 countries, talking together in a world of great powers and, in a world of crisis, is to go together not alone. And the EU shows how this is done. There is no agreement that changes the reality of the world, we are one of the giants. ”

According to a UK Government spokesperson, “This agreement enables the start of a new relationship between the UK and the EU – a prosperous trade and economic relationship between a sovereign UK and our European partners and friends. For British citizens, the agreement it meets the objectives of the 2016 referendum and the 2019 elections, and will bring significant benefits for both the UK and the EU. ”

EU chief negotiator Michel Barnier has confirmed that the UK has decided to “stay out of Erasmus”, while ensuring that “the UK accepted a non-discriminatory clause” to treat all EU citizens equally in issues such as visas, social security, etc.

Downing Street believes that it “provides continuity for both the UK and EU economies by supporting businesses on both sides of the English Channel to continue a close and deep business relationship, fully respecting the sovereignty of the UK and the regulatory autonomy of the EU “.

According to British sources, the agreement “ensures 100% tariff liberalization” between the United Kingdom and the European Union: “Today we have agreed a zero-quota agreement with the EU,” which “guarantees that investors and service providers do not they face market access restrictions, or discriminatory barriers to trade, when they operate or serve clients based in the EU. Also, the mobility of entrepreneurs. ”

The British Government explains that the agreement “provides for future cooperation between the UK and the EU on law enforcement and judicial cooperation to help protect citizens and bring criminals to justice. In addition to cooperation on emerging security challenges such as information security, cyber security and health security, including working together to address the spread of COVID-19. ”

Likewise, the British sources explain, “it provides alliances between scientific and research experts from the United Kingdom and Europe, not only through the Horizon Europe program, but also through the Euratom research and training program and the Copernicus space program”.

The President of the Government, Pedro Sánchez, has celebrated the “principle of agreement”.

The president of the European Central Bank, Christine Lagarde, has signed the agreement as soon as it is known. “I am pleased that an agreement has been reached on Brexit, which can now be ratified by the Council [los 27 Gobiernos] and the European Parliament. While I regret the UK’s decision to leave, the deal is important, especially at this time of great uncertainty. ”

The ambassadors of the 27 to the EU will meet this Friday, Christmas Day, to ratify the agreement.