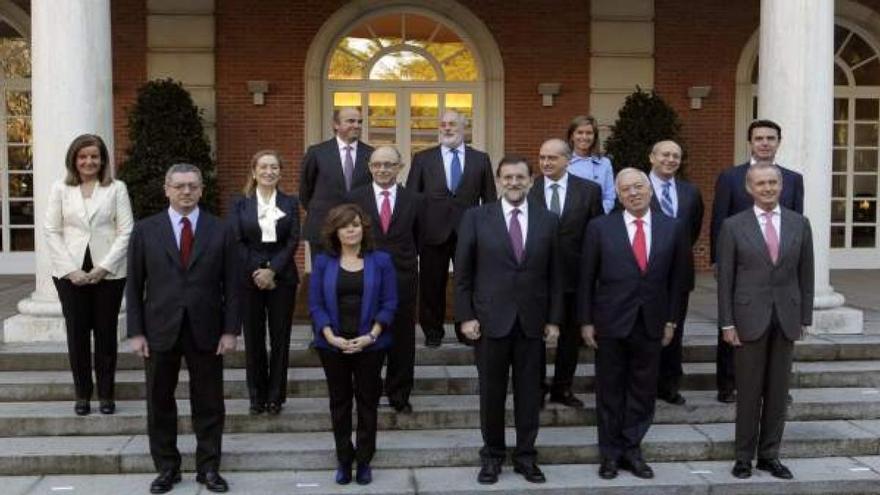 By surprise, and with the country holding its breath at the foreseeable state of alarm that would be declared the next day, the Anticorruption prosecutors Ignacio Stampa and Miguel Serrano appeared on March 14, at mid-morning, at the Madrid home of the person who had been Secretary of State for Security between 2016 and 2018, Francisco Martínez. When reviewing the cloning of his mobile phone days later, the Internal Affairs agents found the confession that links the nucleus of the Government of Mariano Rajoy in the operation to burst the most serious case of corruption that has affected the Popular Party in its history, the that brought out two decades of financing with black money from big businessmen who received contracts from the Administration.

“It is the most important matter at hand.” This is how Martínez reproduced in the notes on his phone the instruction that according to him he constantly received from his immediate superior, Minister Jorge Fernández Díaz, about the espionage of Bárcenas, according to an Anti-Corruption report. The phrase could not go beyond being a questionable assessment if it were a true police device and not the “parapolice operation” for which the number two of the Interior is charged, the chief operative of the Corps and a long list of commands to which is expected to be joined in the coming days by the former Minister of the Interior and a close friend of Mariano Rajoy. Martínez’s boss, who considered Kitchen more relevant, who considered these surveillance of Bárcenas more important than any anti-terrorist operation. And also the then general secretary of the Popular Party and former Defense Minister, María Dolores de Cospedal.

The report that Anticorruption has sent to the National High Court to charge both is full of references made by the police officers to the alleged knowledge that Mariano Rajoy has of the operation, whom they call “The Asturian” or “the beard”. In the messages of the former Secretary of State for Security there is one that condenses the suspicions towards the former Prime Minister. Martínez wrote on September 19, 2019: “If I have to declare because they implicate me, Fernández Díaz and probably Rajoy will also go.” The statement as investigated by the former Minister of the Interior is pending the signature of the investigating judge, Manuel García-Castellón.

The document sent by the prosecution is full of maneuvers to try to hinder the investigation into the case. In one of the telephone jabs, Martínez appealed to the president of the National Court, José Ramón Navarro, and in the talk he alluded directly to Rajoy, Fernández Díaz and Cospedal. “This will be the first statement by a politician, which will be followed by several more, because as you know very well my great mistake in the ministry was being loyal to miserable people like Jorge, Rajoy or Cospedal.” “Of that, fortunately, I have everything very clear and very easy to prove. And I assure you that it is the last thing I wanted to do,” adds the former Interior number two, who has not yet declared in the National Court.

The judge must also decide on the request of the Prosecutor’s Office on the number two of the PP at that time, María Dolores de Cospedal. From the audio that Villarejo recorded with her and her husband on the noble floor of Genoa, the national headquarters of the party, the prosecutors conclude that the secretary general was interested in the success of the espionage operation in “a double perspective”: “Direct, as affected by documentation supposedly compromising for herself and indirectly, as secretary general of the party, if there is compromising material with respect to other senior leaders of the same ”.

The true result of the operation remains a mystery. The case states that the police stole a series of documents from Rosalía Iglesias, the wife of the former PP treasurer, without conclusive evidence against the party. However, Villarejo insistently alludes in the recorded conversations he has with Enrique García Castaño that he must use a supposed audio that Bárcenas recorded Mariano Rajoy and that has never transpired. Both Rajoy and Cospedal appeared in Bárcenas’ papers as recipients of bonuses, a line of investigation in the case of Caja B that never prospered in court due to lack of evidence.

The former Secretary of State for Security, who throughout the conversations he has with different interlocutors portrays himself as the scapegoat of some maneuvers in which some of his heads in the Government and the PP were involved, saved four messages that proved that Operation Kitchen, the espionage of the former PP treasurer, was an instruction from Interior Minister Fernández Díaz. Prosecutors knew before the registration that they would find the documents that Francisco Martínez had deposited in a notary with the messages in July 2019, so that he could attest to them when Martínez was already pondering his accusation. But prosecutors did not expect that Martínez’s current telephone number, different from the one he used in his time as a senior Interior official, would contain so much relevant data.

Francisco Martínez made the decision to go to the notary to defend himself from what could come his way, but also outraged with an interview with Fernández Díaz in which the former minister claimed to be completely unaware of the espionage of Bárcenas and made a defense of his number two which he considered very warm. “In all this time no one from the game (from the previous or current team) has shown the slightest interest in helping me. On the contrary, there have only been leaks implying that it was my problem ”, writes on October 13, 2019 Francisco Martínez on his mobile phone about himself.

“It was not my initiative, quite the contrary. I received VERY SPECIFIC instructions (the first on 07/13/2013) and I had daily pressure to obtain and transmit the information ”, Martínez continues his account, which refers to the message deposited before a notary in which Fernández Díaz would inform him of the identity of the driver that the political brigade had infiltrated in the surroundings of the Bárcenas when the former treasurer entered prison and began to pull the blanket.

On his mobile, Martínez continues to confess: “This matter did not matter to me, it did not concern me, nor does it interest me, but I heard many times from my superior that it was the most important matter that we had in our hands. ,, And I can do all that. show”. All these reflections are written by the politician who occupied one of the fundamental offices in the maintenance of State security under the heading: “Messages to transfer.”

Martínez’s phone confession worsens when he begins to refer to other members of the Government. The old number two of the Interior describes the arrest of Commissioner José Manuel Villarejo, referred to as “El Yeti”, a “disaster”. The policeman has been imprisoned since 2017 for leading a criminal organization. One of the thirty pieces in which he is accused is the espionage of Bárcenas. His arrest took place in the second term of Rajoy, with Martínez already out of the Government. That “disaster”, he adds, was caused by “FSR”, acronym for the CNI director at the time, Félix Sanz Roldán, “with full knowledge of SSS (Soraya Sáenz de Santamaría) and under the total passivity of Zoido, who did not know anything ”.

It is not the only reference to the participation of the secret services in the monitoring of Bárcenas. One of the messages that he deposited before a notary indicates the alleged involvement of the National Intelligence Center in the operation to recover compromising information for the PP, a function that represents a perversion of the functions regulated by the Intelligence Service Law and that, if it had produced, would aggravate the use of institutions by training then in the Government.

In that message that now appears in the investigation, Martínez asks Fernández Díaz for the “cecilio contact” —name used in the Police to refer to the members of the CNI “- in Operation Kitchen and the minister agrees to provide it later, when Rajoy’s cabinet meeting ends. The confession saved on his phone reveals another accusation against the Intelligence service. “I am very clear that in the matter at hand there were other services that intervened,” Martínez writes on his phone.

The text on the mobile revives suspicions about the functioning of other state institutions and their relationship with the Popular Party. In his desperate attempt to defend himself from an operation that Martinez said was not with him, the former Secretary of State believes that the connections of the party can be used, supposedly one of the then Minister of the Interior, Juan Ignacio Zoido, “very close” with the investigating judge; and another of the lawyer who usually defends the PP, Jesús Santos, a former examiner for prosecutor Stampa, one of the members of Anti-Corruption investigating the case, he says. In another intervened communication, Martínez calls the two prosecutors in the case “vermin.”

Tags: b, Barcenas, Box, burst, cause, espionage, government, i use, judicial, PP, reveals