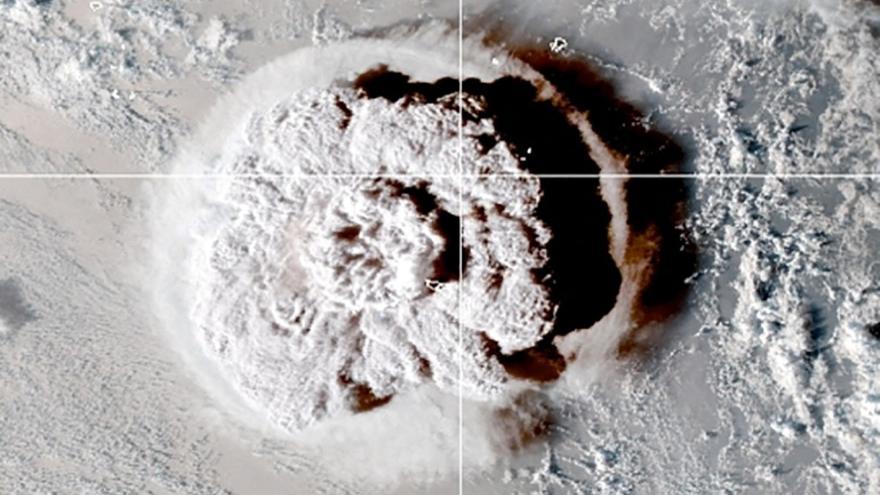 The eruption of underwater volcano near the island of Tonga, in the Pacific, has been recorded in Spain and could have generated a meteotsunami (tsunami caused by meteorological and not seismic causes) in the Balearic Islands, according to experts from Meteored.

"The violent explosion of Hunga Tonga volcano in the Pacific, It has generated a train of pressure waves through the air, which has expanded throughout the atmosphere, registering sudden oscillations in pressure as it passes through observatories and meteorological stations around the world, including Spain", points out Jose Miguel Vinas, meteorologist from Meteored.

These are the impressive images from space of the underwater eruption of a volcano in Tonga that has caused a tsunami causing material damage and massive evacuations https://t.co/m0rJBnbMOM pic.twitter.com/B9mkCnuhoc

As the expert explains, parallel to that, the eruption also generated "a train of marine waves that has spread throughout the Pacific basin, causing a tsunami with catastrophic consequences on the islands of the Tonga archipelago, impacting many other coastal areas of the aforementioned basin with a lesser magnitude."

The volcanic plume (ash column) It is estimated that it has reached 20 kilometers in altitude, penetrating into the lower stratosphere. "The atmospheric shock wave propagated the sound of the violent eruption over a long distance. It was of high intensity within a radius of hundreds of kilometers around the volcano, reaching the sound recorded thousands of kilometers away, in places as distant from Tonga like Alaska," says Viñas.

For its part, Francis Martin, also a Meteored meteorologist, assures that the shock wave emitted by the Tonga volcano, according to data from the Australian Meteorological Office (BOM), traveled at a speed of 1,000 kilometers per hour. "In some areas this translated into pressure swings of between 6 and 7 hectopascals (hPa). Around 9:00 p.m. yesterday, it reached the Iberian Peninsula and the Balearic Islands with fluctuations of between 1 and 2 hPa", recounts.

According to this expert, while still pending review, It is estimated that the wave could create this Saturday in the Balearic Islands "a meteotsunami of several tens of centimeters".