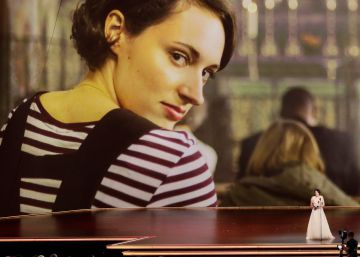 When the Emmy rewarded last week to Game of Thrones as best drama of the year and to Fleabag as the best comedy, they rewarded two ways of understanding television: the first title, released in 2011, was the last great collective event, the ability to unite the world with each broadcast; the second, of 2016, was already the small phenomenon in a growing offer, which is becoming adept as viewers gain at its own pace. But both winners agreed on a feature: the two have already finished. One, as corresponds to its description, after several seasons: eight. The other, after only two seasons. One was launched into the air with the intention of being there as much as possible; the other only began to write with a duration and an end in mind. And that difference is the latest television revolution of the era of platforms.

Since the call exists culture industry, the cultural product has evolved depending on the way it could be sold. Charles Dickens existed as it existed - with novels such as very long melodrams with hundreds of characters - because the printing costs had been lowered - we were in full industrial revolution. And also because the potential readers had pennies to spend on their first leisure: the cheap deliveries folletinescas in which the famous today was designed cliffhanger (technique of finishing a chapter in tension or with a surprise to ensure the public's interest in the next installment: the reader had to be left wanting more).

Then the unexpected final twists date, in the same way that the record labels invented, years later, the idea of single. It is also no coincidence that progressive rock or conceptual albums emerged when they arose because without the invention of the LP nobody could have heard them. Each change of trend - and market - changes the work in progress.

This happened with the television narrative. Literally endless series were created - from Saint Barbara to East enders- Because there was a need for entertainment similar to the one provided by the industrial-era brochures: television was making its way into homes around the world and needed to create an addiction that exclusive content - contests - would never reach. Those first series were containers of stories that used the characters to extend those plots to infinity. The universe was always the same, the story was never too deep and the characters were never too complex.

The arrival of the seasons changed things slightly. In sitcoms how Friends, Modern Family or Big Bang Theory, The base story progresses slowly with stereotyped characters immersed in small worlds that open to each chapter. Together with them, there were, at the beginning of this century and the end of the previous one, series of very long seasons (File X, Alias) in which the possibilities began to be explored timidly. They had a more or less marked structure: chapters that could be seen without more and others that played that the series told a complete story, although it almost never ended. Was there in those series, like HouseFor example, the idea of ​​end? Of course, but that end evolved over time and always depended on the moment in which the chain decided to close the title in question. As long as there was interest and the team wanted to continue, the thing continued.

This does not mean that the end of that era was not more and more interesting. Desperate women It had seven seasons, of 23 episodes each, and ended at least seven times: every time a season said goodbye, there was some kind of closure. The true ending - in which the protagonists ride a picnic, already so old that their lives have returned, in some sense, to being simple - is a wild card that could be expected from the beginning. Just as you could expect the great brooch of Two meters underground, a very long plot series, which they followed The Sopranos Y The wire (not in vain considered dickensian). Por so, because it was an end regardless of the plot, he did not make his characters slaves. Yes they are in many cases the protagonists of today's series, in which everything seems calculated to the millimeter because there is no time - there are no chapters - to lose.

The diversification of the offer means that, on the one hand, we have much more to choose from than ten years ago, the time of Gilmore girls or Lost. But on the other, the delivery, both creative and spectator, to a world under construction has been lost. Almost all BBC productions since the beginning of time are closed works and the author or author is clear about what he wants to tell and simply tells it: the end of Fleabag it is perfect. But in the case of great productions, having a marked ending can end up drowning the characters.

That was one of the great criticisms of the final season of Game of Thrones: the characters that evolved over the years, at one point, stopped doing so to facilitate the plot to reach the established end. The same has happened with the second season of Killing Eve (Emmy to the best dramatic actress, Jodie Komer) the need to make sense of a second installment, forced the characters to gradually deconstruct themselves. The two protagonists were slaves to a story that didn't even seem to make sense. The sensation is that, when they want to build plot series today, stories are built in a number of chapters that work with the depth and intention of the end of a story -Mindhunter, Ozark-, no longer those of a novel. And that it is the characters - increasingly sophisticated instruments - who lose out.