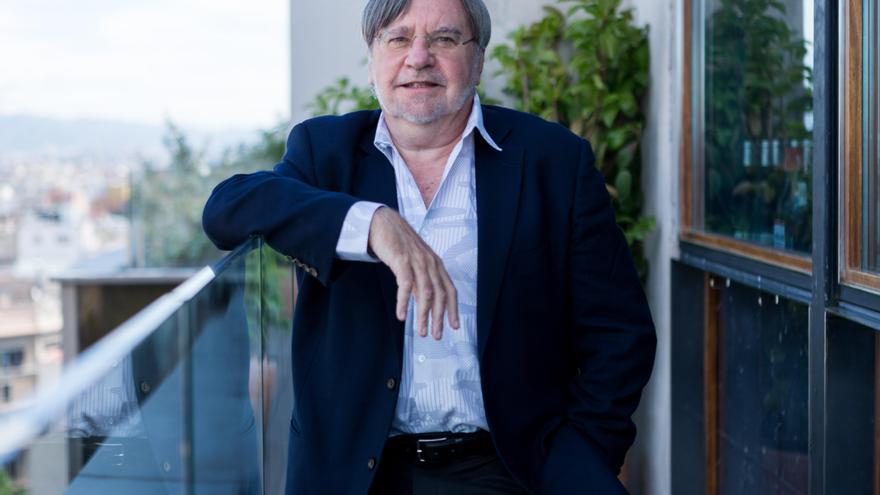 Barcelona, ​​Jul 25 (EFE) .- The political scientist and economist Josep Maria Colomer, author of the essay “Democracy and globalization. Anger, fear and hope” together with public policy expert Ashley L. Beale, considers that “the era of Sovereign national governments have already gone down in history. ”

In an interview with EFE, Colomer, a professor at Georgetown University, points out that “effective and responsible governance requires new combinations of direct democracy, representative government, and management by experts at different levels.”

“Democracy and globalization” (Anagrama) defends an easily intelligible thesis: “Democracy is spoiled by globalization, therefore, we must globalize democracy.”

According to the Spanish political scientist, in recent decades, the scale of many public affairs has increased, which affects governance: “today, with the internet, communication crosses borders without asking permission from governments, and the same happens with commerce online and investments, and migrations, which are currently transcontinental. ”

Ultimately, Colomer adds, “it has already been seen this past year that a local pest can turn into an epidemic and then a pandemic. This requires micromanagement at the local level, but vaccines, of course, are not local or national. but of universal scope, not to mention climate change, which, of course, is global. ”

In his view, the “ineffectiveness of national governments” to deal with all these large-scale issues “increases the frustration and discomfort of the people and generates political instability.”

The best antidote to preventing the dangers that threaten democracy is, at the local level, “to broaden the direct participation of the people in concrete matters.”

Representative government at the national level based on elections and parties is “in decline”, as it has encountered “less and less effective governance” and that “elected officials are not subject to controls and reviews of their performance.”

Colomer admits that there is no doubt that the Internet has increased access to information, transparency and transnational communications, but “social networks have also blurred the differences between competent experts and demagogic trolls, privacy has been broken and they have generated too many immediate emotional reactions. ”

It detects that “for twenty years, there have hardly been any new rapid and peaceful transitions to democracy, as happened in Spain in the 70s, in Latin America in the 80s and in post-communist eastern Europe in the 90s:” The number of democratic countries in the world it is almost the same now as at the beginning of the century “.

Colomer argues that this stagnation is due to “the low effectiveness of existing democratic regimes and to populist and nationalist reactions, which make them less attractive as a model to be copied; and also to the economic and social costs of a change of political regime. , as happened in Spain and in most of the countries that made a rapid transition “.

For this reason, the author thinks that “the adaptation of authoritarian regimes to the globalized world may be more gradual” and “to the extent that these countries also need to adapt to globalization, they will have to make liberalizing reforms”.

The biggest example, says Colomer, is China: “Their economic growth cannot be denied, although official statistics are suspected to be exaggerated. The dictatorship in China will fall the day growth slows down, because they have no political mechanisms to change the government peacefully. ”

In his opinion, it is not true that in the long term dictatorships are more efficient economically than democracies, since if they were, the richest countries would be in Africa.

After an international geopolitical analysis, Colomer underlines that “the ten best-governed countries in the world and in which citizens declare they are most satisfied with their democracy are parliamentary regimes; eight of them with elections by proportional representation, with multiple parties in Parliament and coalition governments: Denmark, Sweden, Norway and Finland; Germany, the Netherlands and Switzerland; and New Zealand “.

The two exceptions are Canada and Australia, which elect a single MP in each district, as in the UK, but have multiple parties and a decentralized federal organization.

None of the ten countries, he adds, follows the traditional centralized British model and none have separate elections for a chief executive as in the United States, which are “a source of constant conflict.”

Looking at the monarchy / republic axis, Colomer recalls that “seven of those ten best-governed countries are monarchies, which have survived because they have been well governed and, in some cases, the king saved them from Nazism, as in Norway and Holland.” .

In Spain, he adds, the monarchy fell several times (as in France, Italy or Greece, but “it is the country in which it was restored after the longest period without it.”

The modern monarchy, he remarks, “has to be parliamentary,” to avoid “the presidentialism of the Americas, which is always a source of polarization and instability.”

After this book, Colomer is studying “the American constitutional error of the separation of powers between the president and Congress, which leads to polarization and conflict, as has been seen in recent years, a model that spread to Latin America” .

The political scientist also prepares a collection of memories of his political and academic adventures in fifteen countries of the world.