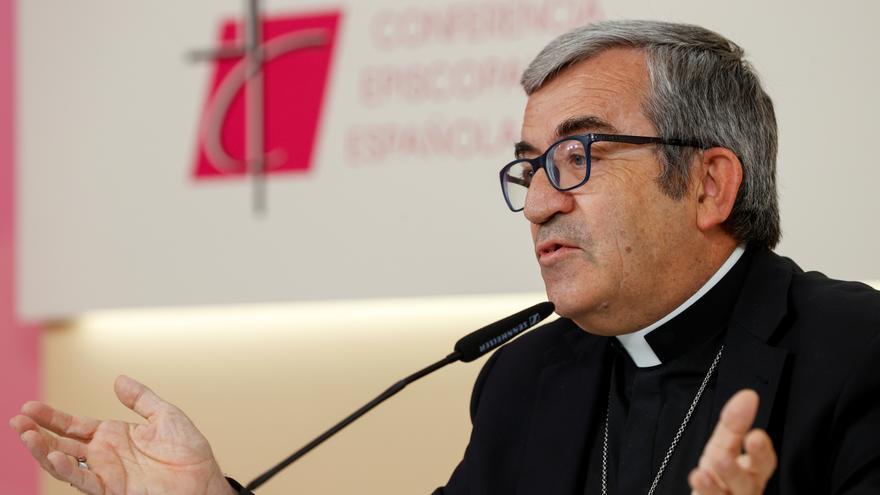 A week after the publication of the report delivered to the Pope with 251 new cases of sexual abuse in the Spanish Church, and after denouncing "lack of rigor" in the El País investigation, the bishops begin to react. The spokesman for the Episcopal Conference (CEE), Luis Argüello, has confirmed to elDiario.es that since last Friday he has begun to send a note to the dioceses and religious congregations involved in the dossier on cases of pedophilia.

"Upon having knowledge of the report, we have transferred it to the dioceses, suggesting, if they see it necessary, to contact The country. The same is done by the Conference of Religious (Confer), to whom we have sent the part of the report that affects religious, 77% ", Argüello pointed out in conversation with this medium. The episcopal spokesman adds that the EEC" offers a service of coordination and communion "and remember that it is not an entity" that can order anything "to bishoprics or congregations." It is unfair to say that religious do investigate and bishops do not, "laments Argüello. The spokesman defends that" investigates each congregation and each diocese, not the EEC or the Confer. "

The 385-page report was delivered on December 2 to the Pope and also to the president of the Episcopal Conference, Juan José Omella, who, as elDiario.es has learned, ordered the General Secretariat to forward the information regarding each organism involved: according to The country, 31 dioceses and 31 congregations. Some of them have already contacted the PRISA newspaper. Regarding the dioceses, there is only evidence that the Bishopric of Zamora, whose head, Fernando Valera, was the first bishop to announce that he would open a historical investigation into the abuses in his diocese.

"In the last 30 years there have been complaints that affect seven dioceses. In the last 20 years there have been two complaints: a lay person and an unknown priest," concludes the episcopal spokesman, who insists that "we maintain our criteria endorsed by all in the last Plenary to investigate case by case and to continue promoting formative proposals that help and protocols of action of collaboration with the justice before possible new cases, since evil does not disappear from the mystery of human freedom, neither in the Church nor outside the Church ".

Beyond the sensation, installed in the Spanish Episcopate, of a certain "persecution" by the media in what has to do with the fight against clerical pedophilia, it seems that the Episcopal Conference has begun to react and start the support and information mechanism for the dioceses to investigate the complaints and try to do justice to the victims.