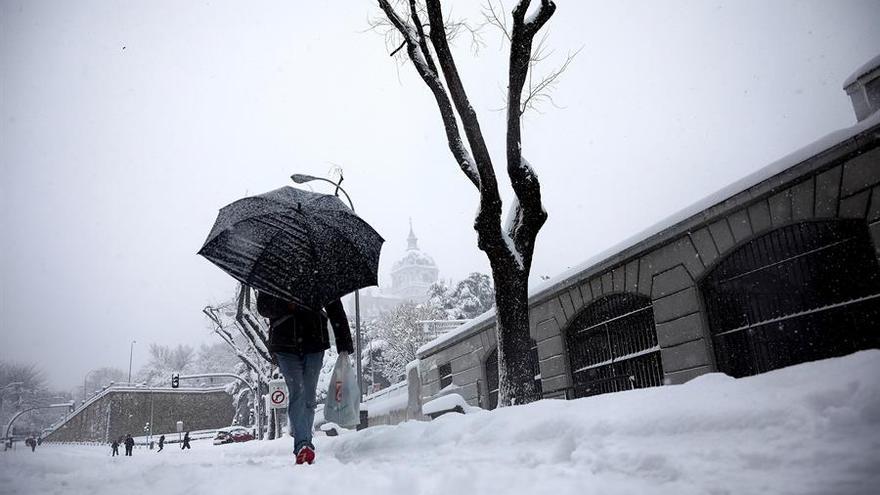 After the heavy snowfalls caused by the passage of the storm Filomena and the cold wave of recent days, the State Meteorological Agency (AEMET) has announced a change in the atmospheric regime that will bring a significant increase in temperatures, especially the minimum , and will leave rains throughout the Peninsula and the Balearic Islands.

This change in the weather will be caused by an Atlantic storm that approaches from the west and will provide warm and humid air, as well as rain, according to the AEMET in an information note.

At the same time, as of Tuesday, a temperate and humid flow from the southwest will be established that will precede the entry, late in the day through Galicia, of a cold front that during Wednesday will leave more intense and persistent rainfall in much of the Peninsula in the western half of the peninsula.

On Thursday and Friday the Atlantic fronts will follow each other and the warm flow from the southwest will continue, which will cause an increase in temperatures that will reach values ​​that are clearly higher than usual for the time of year, these days and thereafter.

The increase in temperatures and rains will melt the accumulated snow these days, which will probably translate into an increase in the flow of rivers, especially in those whose basins have large areas of snow, such as the Tagus, the Duero and the Ebro.

The reservoirs in Madrid, prepared to receive 70 cubic hectometres of water

The capital receives these rains when most of its streets still accumulate tons of snow, branches and uncollected garbage bags. Canal de Isabel II has made an estimate of the volume of water that its reservoirs will capture after the passage of the Filomena storm and points out that after the thaw, the 13 reservoirs that they manage in the Community of Madrid will receive up to 70 cubic hectometres of water.

Given the AEMET forecast of rains, the Minister of the Environment, Spatial Planning and Sustainability Paloma Martín has indicated that the situation controls will be increased “taking place every six hours, instead of once a day”, while indicated that “the dams will regulate the flow, releasing part of the water to the rivers and retaining another”.

Canal de Isabel II has sent a statement to all city councils requesting that they “keep their sewerage network clean and clear to avoid plugging the entrances to the network.” To do this, the public company has urged municipalities to “remove snow, as well as solid waste”, such as garbage, branches and accumulated leaves.