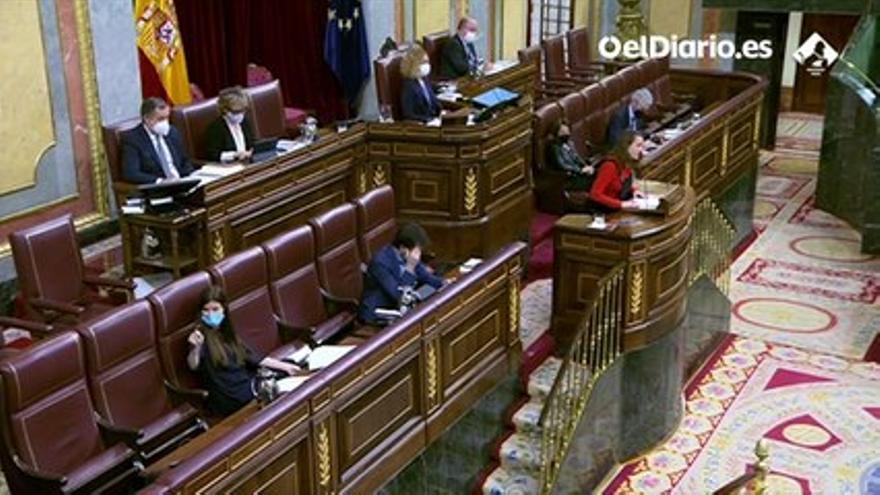 This Tuesday in the plenary session of Congress, the names of the 1,081 women killed by gender violence since 2003, when the data began to be officially collected, have been heard. This is how the plenary session has wanted to respond to a denialist proposal with the sexist violence promoted by Vox: with the reading of all the names of the mortal victims. All parties, except the Popular Party and Citizens, have refused to respond with the arguments that have already been reiterated on other occasions in the chamber and have preferred to use their time to show a unanimous reaction and pay tribute to the murdered women.

Each deputy or deputy has used the turn to fix positions during the debate in the same way and has begun their intervention with a phrase agreed between the groups: “In memory of the 1081 women murdered since 2003 in the State and in front of those who they try to deny reality, from our group we want to say loud and clear that sexist violence does have gender “. The introduction has been followed by the names of the women, who the parties had previously divided. As soon as they began to read, the rest of the groups began to applaud each intervention. The debate ended with a long applause from the entire chamber and all the parliamentarians standing, except those from the extreme right wing.

The initiative registered by Vox, which will remain only in the voting, proposes the promotion of a Comprehensive Law of Intrafamily Violence that aims, among other things, to repeal the Law against Gender Violence, approved in 2004, or to end the specific courts that handle this type of case. The deputy Carla Toscano de Balbín has charged against the norm in her defense and has used the myth of false accusations to repeat the mantra that the far-right party emphasizes over and over again of “violence has no gender” or the idea of that the law “violates equality” between men and women, something that the Constitutional Court has already settled.

The Popular Party and Citizens have applauded the interventions of the rest of the groups naming the victims, but they have refused to join the organized initiative and have preferred to use their turn to argue their position, which in both cases has been contrary to the proposed law. . The popular have defended the need to address all types of violence, but they have criticized the Vox initiative because it tries to “legislate against women” and “is an alibi to feed their denialist discourse,” said deputy Alicia García Rodríguez, that as soon as they got on the rostrum, it was justified: “The PP applauds the victims of gender violence as we also applaud the victims of terrorism.

For her part, Sara Giménez, from Ciudadanos, has defended her opposition to the bill, although without joining the collective response: “We are fully satisfied with addressing all types of violence, also against the elderly or children, but not all the forms of violence have the same cause. Violence does not have a gender, but the victims do, if they have gender, “he added.

"Insufficient" and with unaddressed issues: the proposal for the Education Teacher Statute does not convince teachers