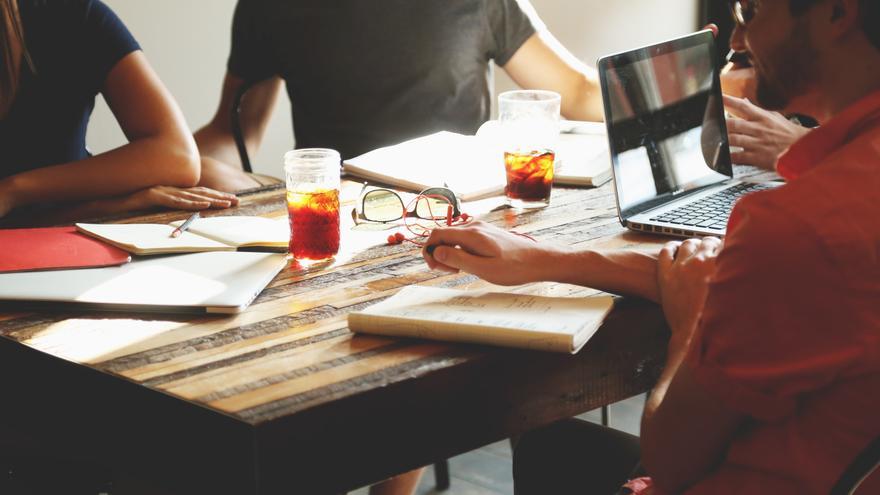 The year 2021 has been declared by the United Nations as the International Year of the Creative Economy for Sustainable Development: inclusive creativity for global recovery. The great challenges that we face as humanity require creative and innovative ideas that are promoted by citizens, organizations and governments. The great transformations necessary in digital and ecological matters require creativity to solve problems in a new way that has a positive impact on people and the planet.

The concept of creative economy was developed two decades ago by John Howkins. This British professor realizes at the beginning of the 21st century that the economic leadership of countries and companies during this century will be determined by the transactions of creative products that result from creativity and have economic value. The determining factor will be who has the most creative and innovative ideas and who is capable of generating economic, social, ecological, scientific value … with the intellectual property of those ideas.

I am convinced that creativity is being the engine of the economy during this 21st century, just as oil has been in the 20th century. Young companies, start up, whose differential element is innovative ideas, are changing the rules of the game in all sectors and causing large corporations that dominated the 20th century to lose leadership. Hundreds of small initiatives show us through their ideas that there is another way of doing things in education, agriculture, health, energy … Cities that manage to develop, promote and attract the creative talent of their citizens are more prosperous than those that do not They do this, as shown by different investigations, among which the one on Creative Cities by North American professor Richard Florida stands out. For many countries on the five continents, the creative economy is strategic in economic recovery, and multinational organizations such as the European Union, the Inter-American Development Bank and the United Nations are very active in this area.

The creative economy is a great ally in solving a problem associated with the economic crisis such as youth unemployment, suffered by many countries, including Spain. The report Investing in Creativity UNESCO indicates that the cultural and creative sector promotes 30 million jobs in the world among young people between 15 and 29 years old, it is the sector that employs the most young people. Young people who are digital natives and who are aware of and involved with the planet. A generation with great values ​​that in no way should be lost. This report also tells us that approximately half of the people who work in the cultural and creative sector are women and the majority have reached a higher level of education than that observed in the other sectors.

But for this Creative Economy to work, it has to be based on planning and not improvisation. The paradigmatic case of planning has been South Korea. A country with scarce natural resources, with a minority language, with a historical conflict with North Korea and with a cultural identity that is not very recognizable internationally has been aware that its differential value was in the development of the creative talent of its citizens and in the boosting the creative economy. In 2013, the presidency of the Government promoted the creative economy plan that seeks the convergence of science and technology with industry and the fusion of culture with industry. A transversal work of creativity that begins in schools and universities to expand to all spheres of society. South Korean multinationals such as Samsung, LG, Kia are the spearheads of the great creative ecosystem of the Asian country, which is transversal to all sectors and which has also achieved international recognition in film, music or thought.

Many countries on five continents are developing and implementing their creative economy plans and the United Nations reminds us this year that they also have to promote inclusion and sustainable development. Citizens, educational systems, companies and governments have to urgently consider how we are contributing to the Creative Economy. Our future and prosperity will depend on incorporating it into economic and social recovery. In the case of Spain, it is necessary to work, without wasting a second, from the Government and the Autonomous Communities on a plan that promotes the creative economy for economic recovery.