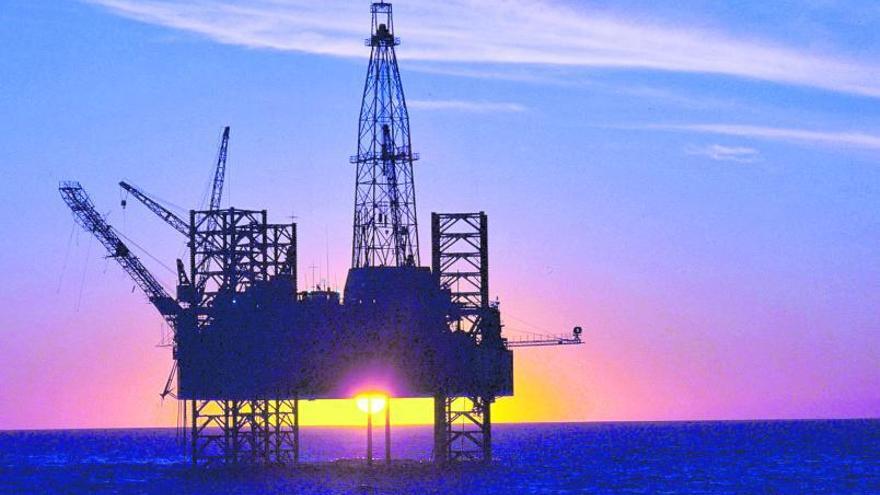 But not even that amount guaranteed self-sufficiency. What was obtained in Spain has always represented an anecdotal complement to satisfy national demand. Of the two million tons of the 75 it happened to the half million in 1998. And in the last years the fall has been steeply. In 2018 it was only 87,000 tons and the 2019 data already borders on the irrelevant: 40,000 tons. These are figures that represent an infinitesimal part (less than 0.1%) of the total oil consumed in Spain. Everything else comes from outside.

Furthermore, recovery is already impossible. And this is so because the State, committed to achieving the cessation of greenhouse effect emissions by 2050, has no choice but to put an end to this activity. And in it is, to the despair of the industry, which sees many jobs threatened.

The Climate Change and Energy Transition Law will be in charge of carving the epitaph of oil in the graveyard of dirty energies, where the remains of coal, the other great pollutant, already rest. It is a rule that is in parliamentary process and will be the guide for a new way of producing energy. More renewables and consequently more jobs in the clean energy sector.

The Ministry is clear and recalls that Spain is obliged to stop global warming, in accordance with international commitments: “Delaying decisions would mean taking on more risks, more costs and more unfairly distributed, and giving up opportunities to modernize our economy and our society” . This is stated in the bill, which recalls that the objective is to depend less and less on coal and oil and, instead, have more renewable power. “The forecast is that the primary energy intensity of the Spanish economy will improve annually by 3.5% per year until 2030”, but “the country’s energy dependence, which was 74% in 2017, is estimated to fall to 61% in the year 2030 due to the fall in coal and oil imports ”, adds Teresa Ribera’s department. This situation will be possible due to “the transition towards a more efficient economy based on renewable technologies.” To achieve this, 200,000 million euros will be mobilized between 2021 and 2030.

The same law, in fact, sets the year in which any of the oil and gas operations currently active in this country will no longer be able to operate. It will be in 2042. The ministerial text provides that the exploitation concessions that are currently in force will remain active, through extensions, until December 31 of that year at the latest.

Now, the same bill provides mechanisms that can allow companies, in certain cases, to exploit deposits even in 2050. Some conservationist entity, such as Ocean Care, has been critical of this and explains: “If a company gas or oil company that currently has an exploration permit would find an oil or gas field that it would like to exploit and request the corresponding exploitation authorization from the Government, the Government would be obliged to give it a new concession, ”explains the entity’s spokesperson. Carlos Bravo. And, given that the regulations foresee that the initial concession term is 30 years, this would mean that “there would continue to be exploitation of hydrocarbons beyond 2050.”

“That is an incongruity when Spain wants to achieve climate neutrality in 2050,” says Bravo, who also sees no justification for extending the currently active industries until 2042. According to him, the activity should cease when the original validity of each authorization expires.

In general, conservation entities want all the drilling and prospecting projects that have not yet been granted an exploitation permit to be canceled, since they have not generated compensation rights and the State should not face expenses for this cancellation.

Currently, there are active concessions to exploit gas and oil on the Spanish coasts that have been in operation for years. In the Cantabrian Sea, opposite the Basque Country, there are three concessions in force. In the waters of Huelva there are two more and, finally, in the Mediterranean, there is another one: the Casablanca platform, in front of the Ebro Delta.

Apart from those that already exist, there has been a veritable cloud of requests for surveys throughout the coastline in recent years to search for new deposits. But after a cascade of protests (also in the tourism sector) during the previous decade, today only one prospecting project survives on the Spanish coasts: those planned in front of the Ebro Delta. These are extensions of what the platform already has in operation White House.

The problem is that these expandable areas of the current exploitation slightly penetrate the cetacean corridor that runs in front of the Spanish Levante from north to south. It is an area that has enjoyed national and international protection for a few years. Although it is only a small corner that overlaps with said corridor, Bravo warns of the dangers that acoustic soundings (consisting of noise cannon shots under the sea) represent for species that are very sensitive to underwater noise, since they base their survival on sounds that they emit and with whom they communicate. This is the case of cetaceans, which “can suffer serious injuries to their acoustic apparatus and become deaf, which is lethal for them, and in many cases they end up dying and stranding on the coast.” They are detonations that reach 265 decibels.

Now, the end of oil and gas (whether it comes into effect in 2042, 2050, or a few years later) is not to everyone’s taste. The ACIEP employers’ association, which groups together the companies in the sector, the CCOO and UGT unions, as well as the College of Mining Engineers and the directors of mining engineering schools recently issued a statement in which they come out in defense of the hydrocarbon investigation in Spain.

“Today, electricity cannot immediately replace hydrocarbons. It is necessary to have energy sources that support renewables ”, these organizations point out. For them, no debate on the subject “can ignore the possibilities of self-sufficiency of the natural gas and oil fields that may exist in our country, nor ignore that, in the global economy, condemn Spanish industry to compete with imported gas and with higher emissions than that produced locally, is to condemn its future by increasing the ecological footprint that today it is intended to reduce ”.

The president of ACIEP, Margarita Hernando, affirms that in the case of gas, local production in Spain helps to reduce emissions, given that the carbon footprint is lower than if it is imported: “The production of natural gas in Spain would prevent a 60% of greenhouse gas emissions when compared to gas coming from Algeria through the gas pipeline and 84% when compared to gas coming from America in methane tankers ”, he points out.

The debate is still open, but black gold no longer shines in Spain.