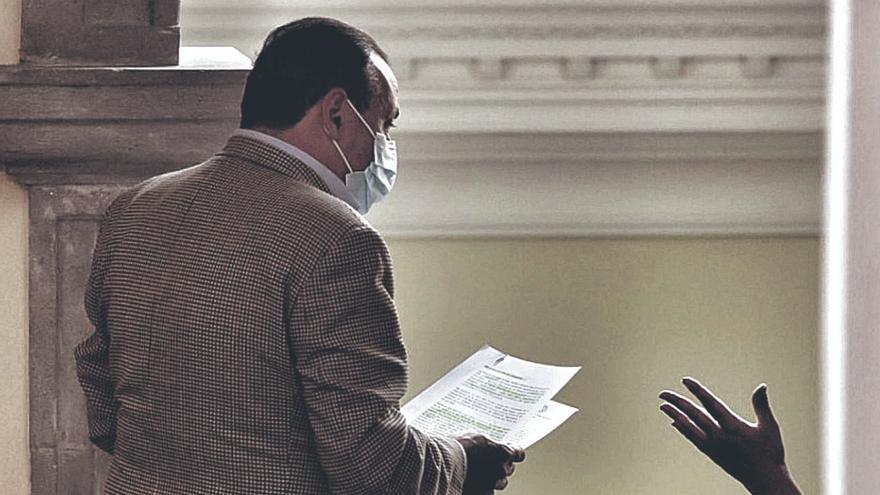 The Government of the Canary Islands presented last Saturday the request to limit the mobility of citizens between 00:30 and 6:00 in the islands at alert levels 3 or 4, which at present would only affect Tenerife by be in the first case. On Tuesday, the Prosecutor's Office showed its support for this request by estimating that it was "a necessary, suitable and proportionate measure" and that "its application becomes urgent" to achieve a "notable reduction in crowds and encounters between people." The Public Prosecutor added that this proposal was "suitable and effective", as well as "proportionate, since the time limitation is limited and clearly the economic impact is minimal."

The TSJC recalled that it had already ruled in this regard on May 9, when the regional Executive requested the limitation of the movement of people at night depending on the level of health alert in which the islands were. Then, he considered that the measure was not sufficiently justified, and already then recalled that the public powers have "other less damaging legal instruments of intervention."

Justice now upholds its decision that the number of vaccinations is increasing daily and the contagion no longer has an impact on health as shown by the number of deaths and cures and the lesser impact on intensive care units. In addition, it maintains that imposing such a restriction "to prevent bottles in public spaces" is not "proportionate" and maintains that "it has not been proven that the situation in which the epidemic is found represents such a serious and imminent danger to health and safety. assistance capacity ”. In this sense, the Justice also warned about the "rebound effect" that the lifting of prohibitions such as the curfew requested by the Canarian Government could generate.

The president of the Government of the Canary Islands, Ángel Víctor Torres, yesterday showed his respect for the decision of the TSJC although he advanced that the will of the Executive is to present an appeal to the Supreme Court (TS). "We respect judicial decisions although we do not share it," he pointed out to underline that the curfew is considered an "efficient" means that, he added, has been shown in the months of the pandemic. The Canary Islands Government now has three business days to present this appeal. "What remains for us is to appeal to citizen responsibility (...) Maximum vigilance against non-compliance with the measures, maximum vaccination and maximum screening," he said.

The Minister of Health of the Government of the Canary Islands, Blas Trujillo, regretted the decision of the TSJC and acknowledged that now it will be necessary to "reformulate" the measures and find new solutions to the current situation. The counselor admitted that he had "serious hopes" that the car would be favorable and advanced that the legal services of the Government of the Canary Islands are already studying the car and it is likely that in the Governing Council today there is already a report on the matter. Trujillo expressed that, given that the Delta strain is the dominant one at the moment and that the highest rate of infections is occurring in young people, he had no doubts that the "most powerful" tool, without having to affect economic activity, it was curfew. The Canary Islands Government will now have to "reformulate and study" what other elements can be put on the table to face a "tremendously worrying" situation.

The head of Epidemiology and Prevention of the General Directorate of Public Health, Amós García Rojas, asked the courts for "coherence", because it is imcompressible that in other communities, with the same scientific argument, the restriction of mobility is endorsed and in the Canary Islands not. The curfew "is a valuable tool to control the spread of the virus," said García Rojas. Who expects the courts to take into account scientific criteria and respect science.

The president of the Cabildo de Cabildo de Gran Canaria, Antonio Morales, showed his "stupor, anger and great concern" at the TSJC order. Morales defended that the decision adopted by the judges is "debatable" because "it comes to question the scientific and health criteria in the face of a pandemic with devastating effects," to which he added that it was also adopted after the "favorable position of the Prosecutor's Office that considers that the requested measure is necessary, suitable and proportionate and of the solvent health reports evacuated to that effect.

The secretary general of the Canarian Coalition-PNC, Fernando Clavijo, declared that the higher courts of justice "are not there" to authorize sanitary measures, stating that those responsible for the institutions must make such decisions, to which He added that he would have enabled a legal framework that would provide "security and certainty." For his part, the Doctor of Law Gerardo Pérez was in favor of the TSJC order and recalled that "the Government of the Canary Islands has room for action to put other less harmful measures on the table." He added that "the legal system does not change because an island is at one level or another" and, in any case, stressed the need for the central government to declare a state of alarm in the Canary Islands or in any of the islands so that then can implement measures that limit the free movement of the population.