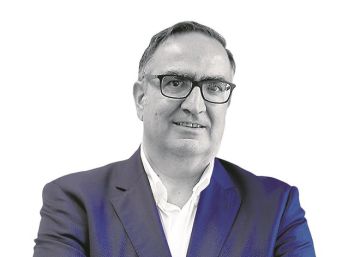 The bitter political environment has no short-term solution, so it is better to avoid the fights in the courtyard of the Carrera de San Jerónimo and look up to a one-year horizon, which is where the Recovery Plan takes us , Transformation and Resilience. This plan is the great hope for Spain, it is the letter to the Three Wise Men of a country, but with the luck that it is very possible that they will reach 140,000 million, half lost, half to be returned in comfortable terms.

It is worth remembering that if it weren’t for the support of the Eurozone countries (Germany and France, especially) and their main instrument, the European Central Bank, as well as throughout the EU, we would be living a dramatic situation, with millions of households without any income and with a bankrupt State, which cannot rescue its citizens. However, daily life works with a certain normality, thanks to the pain relievers and palliatives supplied with the support of Brussels. Perhaps this appearance is what allows our irresponsible politicians to entertain themselves by rubbing their miseries.

Suffice it to remember that last May, the State paid more than 20 million monthly payrolls. It is worth that 12 million are pensioners and civil servants, but the rest were unemployed with help, workers with ERTE and self-employed who accessed benefits. How long can this level of spending be sustained? The Government itself figures, in the Recovery Plan, at 100 billion Spain’s additional debt needs as a direct or indirect consequence of the pandemic. This debt could not have been issued, especially at such low rates, without the backing of Europe.

We are surely not aware of how lucky we are to belong to this fantastic club, called Europe. A misfortune like this has also fallen in Latin American countries, and the solidarity of the neighbors is conspicuous by its absence. Each one faces their own miseries. They will never have a manna of money like the one that is going to be handled here, which, if things are done well, will serve to reset Spain.

Spain has never managed an investment budget of this size and it will have to develop imagination and execution and management capacities if it does not want to lose funds and allocate them with the purpose, depth and geographical dispersion contemplated in the plan presented a week ago by the president of the government. The easy thing is to deliver the funds to the large construction, energy and telecommunications companies, since they are undoubtedly capable of consuming the 140,000 million. Only one of the large electricity companies has already said that it has concrete plans that could raise more than 15,000 million.

This plan, as designed, is a blessing for depopulated Spain, and the role of large companies is decisive for Spaniards who live in these rural areas, since digital infrastructures, mobility, and the energy transition depend on them. And the water. However, these companies will never enter the retail that the plan itself relates, their projects are worth millions of euros.

The reality of depopulated Spain is the lack of economic and human capital, hence its lack of development. The aid of Europe comes to solve the lack of economic resources, but we still do not have the essential people to generate concrete ideas and move from the muses to the theater.

It is here where the regional administrations and, above all, the local ones have to do the rest. The councils, so reviled by urban political parties such as Ciudadanos, can be decisive. In many provinces, the councils are the managers of municipal services and taxes, and they know the territory well, since their governing bodies are made up of the mayors themselves. The emptied Spain is full of councilors extraordinarily generous with their time and well-intentioned as few, but they know better than anyone that you cannot ask for pears al elm.

A great complement to the councils can be public companies such as Tragsa, which belongs to the SEPI, which has more than 17,000 employees and its activity fits like a glove with the plan to be carried out. Tragsa’s mission is: “To make efficient solutions available to Public Administrations that contribute to the management of their needs in the environmental field, rural development, resource management and processes, or through the adaptation and application of experience and knowledge developed in these areas to other sectors of administrative activity, in a sustainable and safe way ”.

Tragsa is surely the public company where the most knowledge about the rural world of Spain is accumulated. Its board of directors is made up of senior officials from the Ministry of Agriculture, Fisheries and Food and the Ministry for the Ecological Transition and the Demographic Challenge and in its capital are, albeit in a testimonial way, all the autonomous communities and 34 councils, councils and island councils.

Precisely, from the president of Tragsa, Jesús Casas Grande, I heard a year ago in a congress about the emptied Spain of the best defense of our peoples. “Depopulation is a purely political issue and we are facing the last opportunity to avoid losing the rural part of Spain, which is already unrecognizable to many young people. If depopulation triumphs, we will be in another country, more unsupportive and with more territorial tensions ”. Then it was the process launched by the Catalan independence movement that pulled the seams of the bull hide. Now, with the Covid, the chulapo process of Madrid of Isabel Díaz Ayuso arrives. Internal lack of solidarity grows, waiting for external generosity to solve our problems. Because of misery.