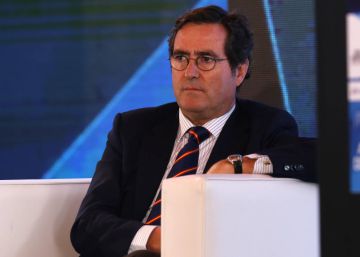 The Government agreement to facilitate the investiture of Pedro Sánchez The CEOE and Cepyme organizations don’t like anything. The main Spanish employer and the group of small and medium enterprises have issued a joint statement on Tuesday to express their “deep concern” about the content of the pact. Both confederations they had already pointed out two weeks ago, without referring to specific parties, their commitment to a “stable and moderate” Executive, virtues that do not see the solution reached by PSOE and Podemos.

“The document outlines a series of economic and labor measures that, closer to populism than to economic orthodoxy, will have a very negative impact on job creation, in the future of companies and will discourage any possibility of investment in Spain. “notes the document.

The employers, who emphasize that their valuations “are not the result of an interested catastrophism,” consider that “most of the measures proposed leave the social dialogue between companies and workers virtually without space.” One of the intentions of the Government coalition is the repeal of most of the labor reform made by the PP in 2012, recovering the primacy of sectoral agreements over company agreements. In that sense, the employers’ vision is opposed to those of the unions, which after that repeal see “a lot of room for social dialogue,” UGT said Monday.

Another of the concerns that CEOE and Cepyme transfer is the effect of certain measures on small entrepreneurs and freelancers. “Some of the routes of action that are advanced in the document will impact especially on SMEs and among the self-employed and may end up resulting in an increase in the submerged economy and reduced opportunities for access to the labor market, the two major problems of this country “they argue.

The statement does not highlight any specific measure, but it does indicate that the text of the Government agreement will be submitted to the board of directors of both organizations this January. This step will allow “to make a more in-depth assessment of it”.