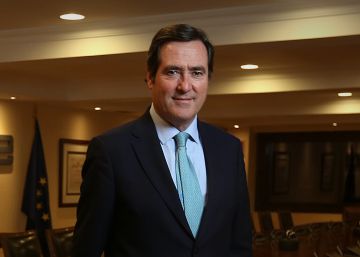 The employers CEOE and Cepyme have claimed Wednesday a government that guarantees political stability and moderation, "so necessary for the trust-country, and that allow to consolidate the economic recovery and the creation of opportunities", according to the two organizations.

Not to mention at any time the alliance of the PSOE to form Government with Podemos nor make any request to the PP, business organizations "transfer to the political parties and society in general the need for negotiations for the formation of a new Government to be addressed with a sense of state and putting the respect and compliance of the constitutional framework to private interests. "

To support this request, businessmen call on the responsibility of all political parties to "address the main concerns of the Spaniards and to address the challenges and challenges that lie ahead, in a scenario of economic slowdown."

"In that endeavor, it is essential, within the diversity of forces, to have a stable and moderate Government, which will favor State pacts on unplayable reforms to guarantee in the future a sustainable economic growth generating more and better jobs," they add .

According to the employers, Spain already has more than 40 years of uninterrupted progress, growth and progress in respecting the fundamental rights and freedoms of its citizens, as well as social peace. "It is a capital achieved with the effort and union of Spanish companies, workers and institutions, without distinction, which we must preserve among all," they add.

According to businessmen, the main vulnerability of the Spanish economy is the high public indebtedness that, together with the deficit commitments derived from European governance, make budgetary rigor an unplayable principle of public policies. In turn, they stress that "fiscal policy should help the competitiveness of companies, their internationalization and innovation and, above all, favor the creation of employment that is the great priority of Spain and the necessary condition for the sustainability of our Welfare state".

For companies, the priorities are training, innovation and digitalization, industrialization, internationalization, market unity, sustainability and competitive taxation are some of the priorities that entrepreneurs have indicated to achieve the economic and employment recovery that everyone expects the Spanish.

They also claim the importance of social dialogue as a channel for the interests of companies and workers and as a guarantee of social well-being and insists on the need for their participation in the legislative process and for reforms that, based on the formation of government get underway, to favor equity and social consensus.