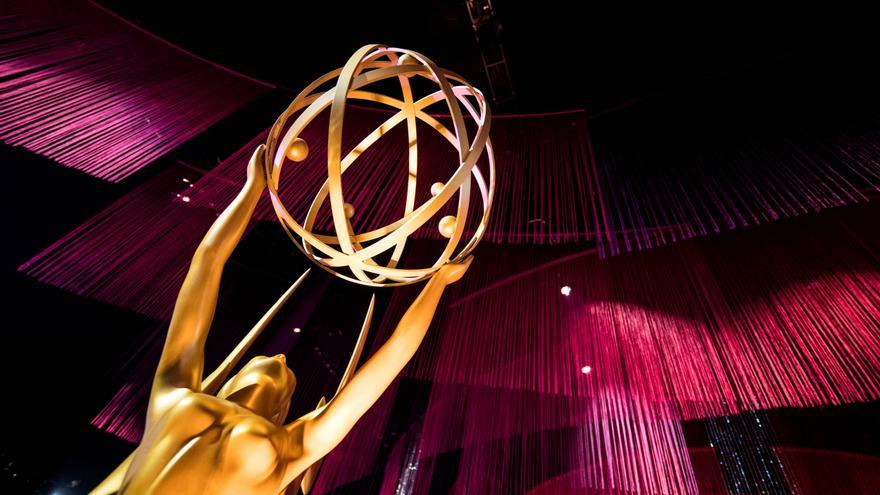 Los Angeles (USA), Jul 13 (EFE) .- The Marvel and Star Wars franchises were not enough to dominate the box office in cinemas, because after their television debut with series such as “Scarlet Witch and Vision” or ” The Mandalorian “have also won the Emmy nominations.

The Academy of Television of the USA has announced this Tuesday its candidates to the most important awards of the small screen, in which the Netflix drama “The Crown” and the Star Wars series “The Mandalorian” have tied with 24 nominations, one more than “Scarlet Witch and Vision” (23), the Marvel miniseries.

That podium shows that the Emmys have surrendered to Disney brands: Its three series (“The Mandalorian,” “Scarlet Witch and Vision” and “Falcon and the Winter Soldier”) add up to a total of 52 nominations for the awards.

Far is the reign in the television market of Netflix and HBO, two platforms that at the gala on September 19 will see how their prizes are distributed between new services such as Disney + and Apple TV +, which in turn has achieved twenty nominations for comedy ” Ted Lasso “.

Without a doubt, the miniseries or limited series format (a one-season fiction) has defined several of the best works of the season and its category will be the most contested of the awards.

“Scarlet Witch and Vision” will compete against “Mare of Easttown,” the HBO phenomenon that has received widespread critical acclaim and part to great advantage.

These two series threaten to dethrone “Lady’s Gambit”, the Netflix fiction that at the end of last year sparked a worldwide fever for chess and which will also be measured against “Could destroy you” and “The Underground Railroad”, two applauded fictions in his review of problems such as racism and sexual abuse.

In the drama section, “The Crown”, the series that has discovered the ins and outs of the British royal family, is running as a great favorite for the award despite sharing a nomination with “The Mandalorian” and “The Handmaid’s Tale” , already veterans of the category.

“Pose”, “This is Us”, “Lovecraft Country”, “The Boys” and “The Bridgertons” close the nominations for best drama series.

COMEDY: THE SOUP OF “EMILY IN PARIS”

Without a doubt, the surprise of these nominations has been the nomination of “Emily in Paris”, the Netflix title that idealizes the life of an American who has just arrived in the French capital.

When the series slipped among the candidates for the Golden Globes, critics and part of the public made fun of the mention and considered that it exposed the corruption of those awards, since its small group of voters accepted a promotional trip with expenses paid to France.

However, “Emily in Paris” has convinced the thousands of academics who vote for the Emmy (much more prestigious) and fiction will compete against “Black-ish”, “Cobra Kai”, “The Flight Attendant”, “Hacks”, ” The Kominsky Method “and” Ted Lasso “, the latter a leader in betting as the flagship of Apple TV +.

The Emmys are characterized by being a parade of familiar faces thanks to the multiple categories of interpretation, 12, which result from dividing best actor and actress, main and secondary, in comedy, drama and miniseries.

Of all of them, the most interesting competition will be that of the best leading actress in a miniseries, in which three of the best performances of the year will be fought Kate Winslet (“Mare of Easttown”), Anya Taylor-Joy (“Lady’s Gambit” ) and Elizabeth Olsen (“Scarlet Witch and Vision”).

Although Winslet, in her role as a listless police inspector investigating a series of disappearances, has dazzled audiences and made the broadcast of “Mare of Easttown” – which HBO premiered in weekly doses – a television event that was not repeated. since the end of “Game of Thrones.”

Her screenmate, Jean Smart (in the role of sly mother) has achieved a double nomination: best supporting actress (“Mare of Easttown”) and lead in a comedy (“Hacks”).

In the men’s section, Jason Sudeikis has the prize almost guaranteed for his endearing character in “Ted Lasso”, the satire on the world of football, for which he also has a double nomination as a screenwriter.

Although the attention has been to Mj Rodríguez, of Puerto Rican descent, who has achieved a best actress nomination for “Pose,” with which she also makes history by becoming the first transgender woman to achieve this recognition for a leading role.