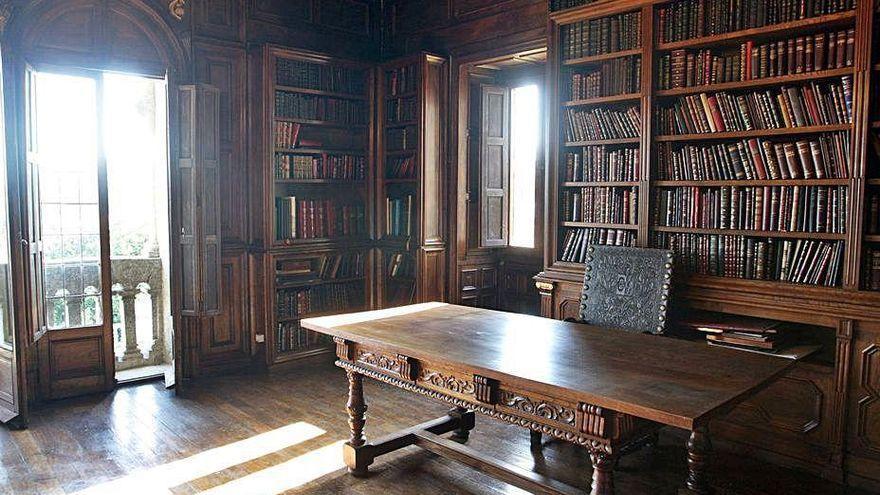 The Government of Galicia has declared the Emilia Pardo Bazán Library of Cultural Interest (BIC), which means the recognition of the cultural value and the protection and safeguarding of a total of 10,855 volumes.

At a press conference, the president of the Xunta de Galicia, Alberto Nunez Feijoohas reported the approval of the decree in this regard and has highlighted that this collection It keeps "authentic treasures" that allow to know "the history and culture of Galicia".

The processing for the declaration of BIC and thus provide the maximum library protection, thus guaranteeing its conservation and preventing its dispersion, it began in November 2020 and, with the resolution of this Thursday, it ends ten months before the maximum period set by law, of two years.

This recognition of cultural value, which supposes a system of maximum protection and guardianship, does not affect the ownership of the property.

Of the nearly 11,000 volumes that make up the library, 7,883 are guarded at the headquarters of the Royal Galician Academy and 2,972 inside the Pazo de Meirás, explained Núñez Feijóo.

In the declaration decree as BIC, the Xunta notes the singularity and unique character of the pieces and qualifies them as an "essential collection" both for being a library created by the author herself, one of the great references of creation and intellectuality of her time, and for being the result of her relationships with her contemporaries.

It stands out the “special cultural value” of the collection, as a testimony of a historical period, being a material heritage that would contribute to the knowledge about this stage of the cultural history of Galicia.

The Galician president has highlighted that, among the books that go to be listed as BIC, most are first editions, many of them manuscripts dedicated by their authors to Pardo Bazán, and cover literature from the Spanish Golden Age, the 19th and early 20th centuries, French and Spanish, and a good representation of Galician literature.

Furthermore, many of them they present underlining and "annotations" in the margins with the author's handwriting and other elements such as bookplates and personalized dedications, which make them unique.

The Galician president has made reference to unique pieces such as Saavedra Fajardo's book 'Empresas politicas' (1648) or first editions of Voltaire from the 18th century, to which the author alludes in her work 'Los pazos de Ulloa' and of which surely its first owner was his grandfather Miguel Pardo Bazán.

The head of the autonomous Executive has remarked that the approval of this decree supposes the sum of three properties declared BIC in Meirás, since the first one was in 2008, with the declaration of the Pazo with the category of historic site, and the second in 2019 with the nine statues on the exterior cover of the Pórtico de la Gloria, the work of Mestre Mateotwo of which are currently in Meirás.

At present, the Xunta and the central government are negotiating an agreement to expand the Pazo de Meirás BIC with the aim of including certain elements of the interior linked to Pardo Bazán and the dictator Francisco Franco.