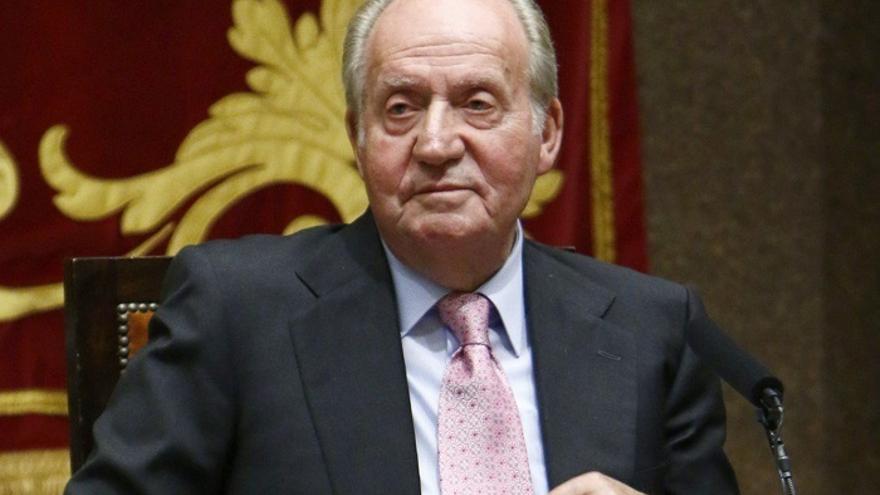 The emeritus king, Juan Carlos I, will not return to Spain at Christmas due to the situation of the coronavirus pandemic and his status as a high-risk person, as he communicated this Thursday to the COPE Network and Public Mirror. “I have decided not to travel on these Christmas dates due to the sad situation of the pandemic in Spain and in the world, and because I am a high-risk person. In the hope that everything improves,” says the message sent to Espejo Público.

This Thursday morning the ARA newspaper published that The 82-year-old king was admitted to the Cleveland Clinic in Abu Dhabi last week after catching COVID-19, without knowing its current state. Subsequently, the Royal House has rejected that “he is admitted” for this infection, according to EFE.

His possible return to Spain had been the subject of discussion in recent weeks, which led the President of the Government, Pedro Sánchez, to defend that it was the Royal Household and not the executive branch that would have to answer the question of whether the emeritus would return. this Christmas or not. Juan Carlos I left Spain for the United Arab Emirates on August 3, after his successor, Felipe VI, tried to appease the controversies about his father renouncing his inheritance in March.

Payment to the Treasury

At the origin of this debate is the investigation of the former monarch’s assets, since the Office of the Supreme Court Prosecutor has up to three investigation proceedings open against him while analyzing the tax regularization that he presented last week for unpaid corporate taxes in relation to a of these inquiries.

Specifically, Juan Carlos submitted to the tax authority a declaration without prior requirement, which has resulted in a tax debt, already paid, in the amount of € 678,393.72, including interest and surcharges, for what has not been paid in taxes corresponding to exercises after his abdication in June 2014.

The prosecutors responsible for the investigation communicated through an official note from the State Attorney General’s Office that the aforementioned voluntary declaration to the regional Treasury – it would be about corporation tax – should be analyzed to confirm that it is spontaneous, truthful and complete.

It must be taken into account that the Public Ministry itself formally notified the defense of King Emeritus Juan Carlos I, who exercises the office of Javier Sánchez Junco, last November, of the existence of the investigation procedures related to the matter in question, in The one that investigates possible crimes derived from the use by the former monarch of bank cards with opaque funds, as advanced by elDiario.es in November. The money, according to the researchers, comes from donations made by the Mexican businessman Allen Sanginés-Krause.

Thus, the payment to the Treasury is being evaluated by the team led by the prosecutor of the Chamber Juan Ignacio Campos to determine the validity of the aforementioned statement based on article 305.4 of the Penal Code, which expressly says that the tax situation will be considered regularized when has proceeded to the full recognition and payment of the tax debt, “before the Public Prosecutor, the State Attorney or the procedural representative of the autonomous, provincial or local Administration in question, files a complaint or complaint against the person directed, or before the Public Prosecutor’s Office or the Investigating Judge carry out actions that allow them to have formal knowledge of the initiation of proceedings “.

The origin of money

On the other hand, the Prosecutor’s Office must also clarify the origin of the funds that both the monarch and some of his grandchildren benefited from with the use of the cards, not derived from money laundering. The money, allegedly donations from the Mexican businessman, would have been channeled through bank accounts in the name of Colonel Nicolás Murga, who for years was a valet to the monarch emeritus.

This line of investigation on expenses made with cash and that had not been declared to the Treasury joins the other two already open to the king emeritus, the first for possible commissions from the AVE to Mecca and which will foreseeably be archived because there are no indications that can be prosecuted with respect to the former head of state, who is graded before the Supreme Court.

The third proceedings opened with respect to Juan Carlos I, revealed by the State Attorney General, Dolores Delgado, were based on information from “financial intelligence” – Executive Service of the Commission for the Prevention of Money Laundering (Sepblac) – .

These would be conducts carried out in a temporary space yet to be delimited and that could initially be involved in money laundering from which tax crimes could be derived.

According to this notice, Juan Carlos I would have almost 10 million euros in an active account on the island of Jersey that he would have recently tried to move. For this reason, the existence of a ‘trust’ in which Juan Carlos I appears as a beneficiary is being investigated and which draws on funds from another similar financial vehicle in the Channel Islands, established in the decade of the 90s.