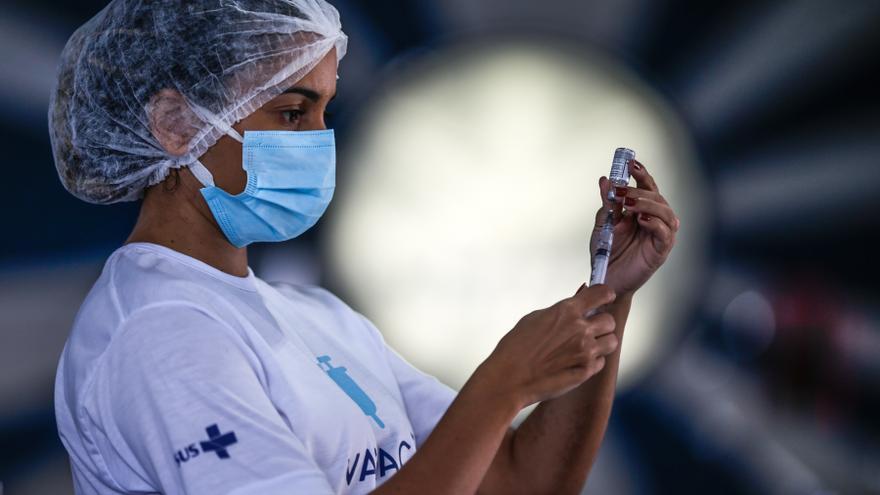 What to do about the nearly two million essential workers under 55 who received the first dose of AstraZeneca before it was discontinued? For now, the European Medicines Agency (EMA) has insisted this Wednesday on what he said three weeks ago: “There is no indication that there are problems with a second dose. We continue to recommend that the second dose be given.” In Spain, however, it is still weighing what to do, since vaccination to that segment of the population stopped due to sporadic side effects with rare cases of thrombi.

The WHO now considers the variant identified in India worrisome

Alternatives include substituting the second dose of AstraZeneca for an mRNA vaccine – Pfizer or Moderna. “But data is lacking,” says the EMA: “We are awaiting the results of a study in the UK in this regard to reach some conclusion.

With what there is still not little data, but hopeful, they are with the response of vaccines to the Indian variant, considered as very worrying by the World Health Organization. According to the EMA, “there is promising data that mRNA vaccines could neutralize this variant.” In relation to one of these vaccines, Pfizer’s Comirnaty, the EMA is evaluating its application for children between 12 and 15 years of age and will have a conclusion in the coming weeks.

Regarding the possibility of extending the application of the second dose of Pfizer, as the Italian Government is proposing, the European regulator recalls that “the recommendation speaks of 3 weeks, but in clinical trials there was up to a 42-day window, what we can consider that the fact that the second can be extended up to 42 days would not be a deviation from the recommendation. If the proposal were more than 42, it could be. But inside, not a big problem. ”

Another issue on the table is the supposed need for a third dose. “We do not yet know when a third dose should be given,” says the EMA: “We have to see the tests in the real world, only this will give us data on when to give a third dose, and if it is a traditional booster [o recuerdo], or has to include response to variants. It is very premature. You have to be careful”.