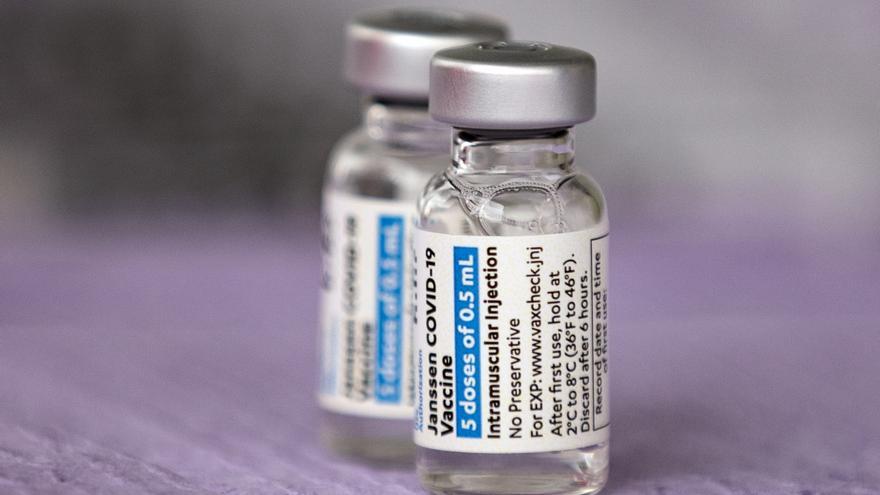 The European Medicines Agency (EMA) sees a possible link between Janssen’s vaccine and thrombi but endorses its use. This was communicated this Tuesday, in an opinion similar to the one pronounced with AstraZeneca. The benefits therefore outweigh the risks in the opinion of the EMA: “A warning about unusual blood clots with low blood platelets should be added to the information on the Janssen vaccine, which should be included as very rare side effects of the vaccine”.

To reach this conclusion, the EMA has relied on all available data, including the eight US cases of severe unusual thrombi associated with low platelet levels, one of them resulting in death. As of April 13, more than 7 million people had received the vaccine in the US.

All cases occurred in people under the age of 60 within the first three weeks after vaccination, the majority women. Taking into account the evidence available at the time, “no risk factors have been confirmed,” says the EMA.

Indeed, the Janssen (Johnson & Johnson) vaccine had been administered to more than 7 million people in the United States when it was suspended a week ago to investigate its link to rare cases of thrombi. Janssen’s, unlike the rest, is single-dose, which reaches twice the population with the same amount.

The EMA approved the vaccine on March 11 and his landing in Europe was expected for this April 14. But Janssen Eve stopped its distribution, and with it the arrival of 55 million doses, essential for Europe to have 70% of its population immunized in summer. It does so while the United States reviews six cases of thrombi among its 6.8 million administered doses, looking for if there really is a link, why it is due and how the ailment should be treated. The EU expected 360 million vaccines by the second quarter of 2021: Pfizer, 200 million; Janssen, 55 million; AstraZeneca, 70 million (instead of the 180 agreed); and Moderna, 35 million.

In this context, the EMA said last week that it began “a review of a ‘safety signal’ to evaluate cases of embolisms and thrombi, resulting in obstruction of blood vessels, in people who had been vaccinated with Janssen.” In this evaluation, “the EMA safety committee (PRAC) is investigating all the cases detected in case any regulatory action is necessary.”

“It is not clear at this time if there is a causal association between the Janssen vaccination and these cases,” said the EMA, which has been “in contact with the FDA and other international regulators on this matter and will communicate the results of its evaluation when has concluded “.

The EMA opinion this Tuesday comes while analyzing the relationship of the AstraZeneca vaccine for its relationship with “rare cases of thrombi“According to the European Medicines Agency, which has insisted that” causality “between the vaccine and thrombosis is not yet clear, although it considers them a” possible side effect. ”

The AstraZeneca / Oxford vaccine represented great hope for Europe because it is sold at cost, practically one-tenth of what Pfizer makes for its vaccine, for example, it was associated with a university center and was of Anglo-Swedish origin. But everything has been sticks in the wheels from the beginning: they transmitted data late to the European Medicines Agency (EMA), which is why it did not approve it until January 29; manufacturing and distribution delays have accumulated; and, thrombus problems have led regulators to change the preferred vaccination population every few weeks, creating confusion.

And facing the problems with Janssen and AstraZeneca, the European Commission is turning to Pfizer, the manufacturer that, so far, is better complying with deliveries and, in addition, is circumventing the problems of thrombi detected in the other two vaccines. What is the difference? The technology used. Pfizer / Biontech’s is messenger RNA – like Moderna’s – while the other two are based on adenoviruses as a viral vector, like the Russian Sputnik V.

Thus, the European Commission has announced that it activates the clause that allows it to buy 100 million more doses by 2021, up to 600. At the same time, it has agreed to accelerate the delivery of 50 million additional doses from April that were planned for the fourth quarter, but they will arrive now in the second quarter. “This leaves Pfizer’s total at 250 million in the second quarter, which will be distributed pro rata among the 27 according to their population,” said Community President Ursula von der Leyen.

Finally, Brussels is negotiating with Pfizer a third contract for 1.8 billion doses for 2021-2023.