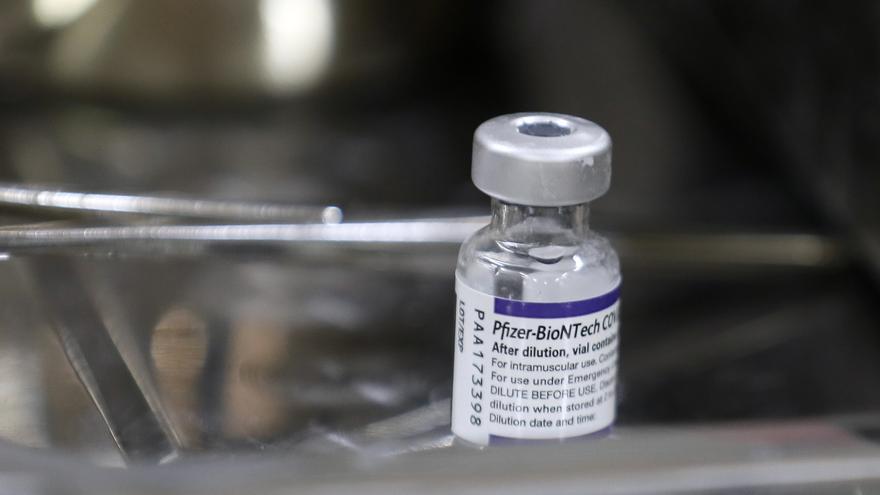 The European Medicines Agency (EMA) has started to evaluate the use of the BioNTech / Pfizer COVID-19 vaccine, whose trade name is Comirnaty, in children aged 5 to 11 years.

The EMA's Committee for Human Medicines (CHMP) will review data on the vaccine, including data from an ongoing clinical study in children between 5 and 11 years of age, to decide whether it is recommended to expand its use.

The CHMP opinion will then be sent to the European Commission, which will issue a final decision. The EMA "will communicate the result of its evaluation, which is expected in a couple of months, unless additional information is needed," it says in a statement.

Comirnaty is a vaccine currently licensed for use in people 12 years of age and older. As the EMA explains in its statement, this vaccine "contains a molecule called messenger RNA (mRNA) with instructions to produce a protein, known as spike protein, which is naturally present in SARS-CoV-2, the virus that causes COVID-19. The vaccine works by preparing the body to defend itself against SARS-CoV-2. "

Comirnaty was first authorized in the EU in December 2020.

The recommendation came "after studies showed that an additional dose of these vaccines increased the ability to produce antibodies against the virus that causes COVID-19 in organ transplant patients with weakened immune systems," states the EMA.

The European agency recognized that "there is no direct evidence that the ability to produce antibodies in these patients [inmunodeprimidos] protect against COVID-19, "but" expect the additional dose to increase protection in at least some patients. "In any case, the EMA says it will continue to review" any data that arises about its effectiveness. "

"The product information for both vaccines will be updated to include this recommendation," stated the EMA, who insisted that "it is important to distinguish between the additional dose for people with weakened immune systems and the booster doses for people with normal immune systems." .

For this last segment, that of people with normal immune systems, the EMA evaluated "data from Comirnaty [Pfizer] that show an increase in antibody levels when a booster dose is given approximately 6 months after the second dose in people aged 18 to 55 years. "

Based on these data, the EMA concluded "that booster doses can be considered at least 6 months after the second dose for people 18 years of age and older." Of course, the EMA recognizes that, at the national level, public health organizations can issue official recommendations on the use of booster doses or third doses, taking into account the available data, which is still "limited".