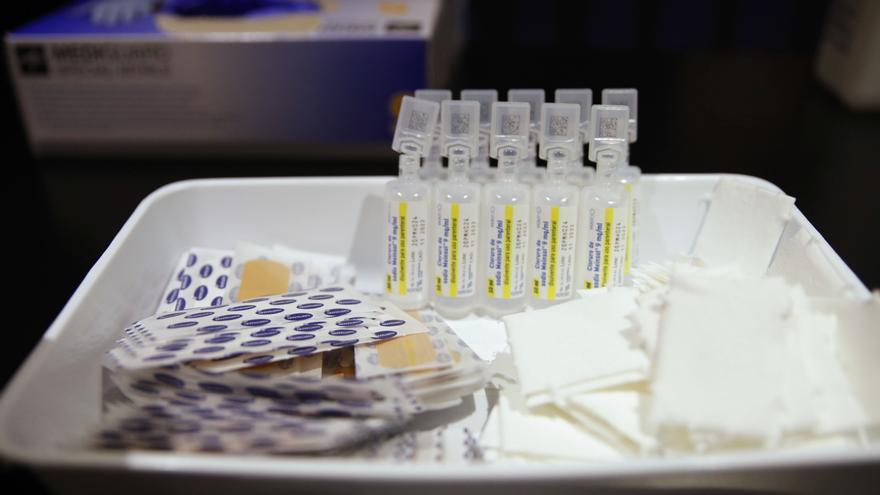 The EMA has authorized this Friday the use of the Pfizer vaccine in minors between 12 and 15 years old. And thus, the Pfizer / Biontech vaccine becomes the first that can be used in the EU in children under 16 years of age. “The authorization is the same as for the rest, with two doses,” the EMA explained this Friday at a press conference from The Hague. From now on, the European Commission has to give its go-ahead, and then each Member State can act as it sees fit.

The EMA had already approved the use of the vaccine from 16 years of age.

Last day 3, the EMA began to evaluate the possibility of including minors in the vaccination with Pfizer, something already authorized in the United States. Pfizer and BioNTech have assured that they tested their formula in phase III against the coronavirus in 2,260 adolescents and that its effectiveness was 100% and with a “solid” immune response. In testing, they add, the vaccine was “generally well tolerated.”

The clinical trial, reports the EMA, showed that the immune response to Comirnaty – the brand name of Pfizer’s vaccine – in the 12-15 year age group “was comparable to the immune response in the 16-25 age group. years (measured by the level of antibodies against SARS-CoV-2). The efficacy of Comirnaty was estimated in about 2,000 children aged 12 to 15 years who did not show signs of previous infection. They received the vaccine or a placebo (one dummy injection), without knowing which one was given. Of the 1,005 children who received the vaccine, none developed COVID-19 compared to 16 children of the 978 who received the sham injection. This means that, in this study, the vaccine was 100% effective in preventing COVID-19 (although the actual rate could be between 75% and 100%). ”

According to the EMA, the most common side effects in people 12-15 years are similar to those 16 years and older: “Injection site pain, tiredness, headache, muscle and joint pain, chills and fever. These effects are usually mild or moderate and improve a few days after vaccination. ”

The approval had already been foreseen by the president of the European Commission, Ursula von der Leyen, after the last European Council. “We hope that the EMA approves the BioNTech-Pfizer vaccine for lchildren between 12 and 15 years old, which will make vaccination possible, “he said.

The European Commission has just signed a contract with Pfizer to buy up to 1,800 million doses between 2021 and 2023– 900 million guaranteed, with a purchase option for another 900 million–, considering the minors and the variants and mutations of COVID- 19.

Ten days ago, the Committee for Human Medicines (CHMP) of the EMA recommended a change in storage conditions for the COVID-19 vaccine developed by Pfizer / BioNTech, to facilitate the management of the vaccine in vaccination centers of the European Union (EU).

This change extends the approved storage period of the unopened thawed vial at 2-8 ° C (i.e., in a normal refrigerator after removal from deep freeze conditions) from five days to one month (31 days).

The change has been approved after evaluation of additional data from the stability study submitted to the EMA by the marketing authorization holder.

“Greater flexibility in the storage and handling of the vaccine is expected to have a significant impact on the planning and logistics of the deployment of the vaccine in EU Member States,” states the EMA.

In the previous public appearance of the EMA, on May 12, the European Medicines Agency (EMA) insisted on a message launched previously on AstraZeneca vaccination: “There is no indication that there are problems with a second dose. We continue to recommend that the second dose be given.” Alternatives include substituting the second dose of AstraZeneca for an mRNA vaccine – Pfizer or Moderna. “It is under discussion”, Marco Cavalieri, head of vaccine strategy at the EMA, acknowledged this Friday: “At least there are two clinical trials on mixing vaccines with AstraZeneca. One is from the United Kingdom and the other in Spain, and what they seem to say is that it is not unsafe, and that it is an effective approximation. We will look at it as there is more data to confirm that it is as good an approximation as it seems ”

In relation to thrombi, the EMA has stated that there has only been one possible case of thrombosis with thrombocytopenia syndrome (TTS) in Europe after 2.1 million Janssen vaccines. The TTS-related death rate with people vaccinated with AstraZeneca has also decreased, which may be related to increased awareness and treatment of the issues.

In relation to the possibility of extending the application of the second dose of Pfizer, the European regulator recalled that “the recommendation speaks of 3 weeks, but in clinical trials there was up to a 42-day window, with which we can consider that the fact If the second can be extended to 42 days, it would not be a deviation from the recommendation. If the proposal were more than 42, it could be. But inside, not a big problem. ”

Another issue on the table is the supposed need for a third dose. “We do not yet know when a third dose should be given”, says the EMA: “We have to see the tests in the real world, only this will give us data on when to give a third dose, and if it is a traditional booster [o recuerdo], or has to include response to variants. It is very premature. You have to be careful”.