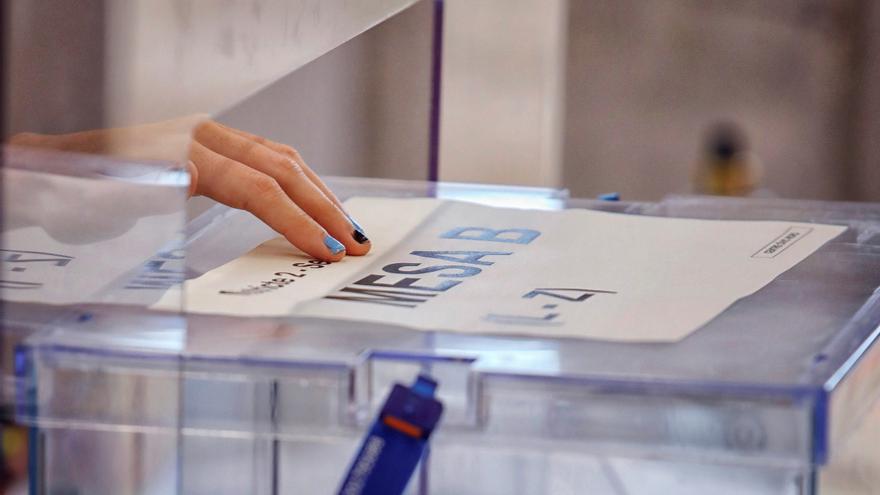 Balance of perimeter closures: from the fiasco in basic health areas to their greater effectiveness between communities


The end of the state of alarm on May 9 places Spain in a box similar to last summer and in which some restrictions that have been in force for months disappear. The first are the curfew and the perimeter closures. As these are limitations to the fundamental right of mobility, from now on a judge has to authorize them and there have already been cases in which this legal criterion has been uneven.

With an uncertain regional scenario and vaccination progressing at a good pace – 70% of those over 60 have received at least one dose – it is time to take stock of the non-pharmacological measures used to contain COVID-19. Now that it is up to the communities to make new decisions and adapt their regulatory frameworks to continue lowering the incidence, the question remains: Have perimeter closures served a purpose?

The first time we heard of confinements, after the first wave, it was on a very small scale. Catalunya and Galicia decreed last July the isolation of the regions of Segrià (Lleida) and A Mariña (Lugo) due to several outbreaks. Even the Government of Castilla La-Mancha confined an entire building in Albacete after detecting infections in two of its floors. It should be noted that already then the Justice overthrew the closure of Segrià. The Balearic Islands, Aragon and Madrid also proposed a confinement by neighborhoods around the summer, which was harshly criticized in the case of the last for not being accompanied by a social shock plan. That was the germ of the perimeter by basic health zones (ZBS) that the Government of Isabel Díaz Ayuso has maintained until now and that has given so much to talk about.


The second chamber of the Constitutional Court, made up of judges Encarnación Roca, Juan Antonio Xiol, Pedro José González-Trevijano, Antonio Narváez and Ricardo Enríquez, has rejected the request for precautionary suspension of the agreements adopted in the Basque Parliament by PNV, EH Bildu , PSE-EE and Elkarrekin Podemos-IU to limit the speaking time of the sole representative of Vox, Amaia Martínez Grisaleña, to one third, and her ability to present initiatives. The high court does not enter into assessing the fund of the ‘sanitary cordon’ applied to the extreme right since its premiere in August in the Autonomous Chamber and, in fact, it meets the criteria of the Prosecutor’s Office, which rejected Vox’s thesis that delaying the resolution from the conflict to the ruling was hurting him politically because, in the meantime, “they can continue to assert the interests of the specific voters of the political formation for which they were elected without prejudice to the fact that their percentage of participation in parliamentary activity is diminished by the contested agreements “.

The ‘sanitary cordon’, advanced by this newspaper in its day, was extended in October to a kind of boycott of the debates raised by Vox in the plenary sessions of the Chamber, although this has been diluted with the passage of time. In fact, the lehendakari, Iñigo Urkullu, and the government advisers respond normally to the interpellations and questions of Martínez Grisaleña. Santiago Abascal’s party in Euskadi understands that his right to political participation is being violated because there is a precedent for UPyD, a formation that also had only one seat and had a participation time similar to that of the other larger parliamentary groups. In fact, the current Vox advisor, Niko Gutiérrez, was also Gorka Maneiro’s coordinator at that stage. Before he was a socialist.

As happened in the Catalan elections, there will be special hours for risk groups, people infected or suspected of being infected. From 10:00 to 12:00 it is recommended that vulnerable people, voters over 65 years of age and their carers come to cast their vote. From 7:00 p.m. to 8:00 p.m. the recommendation is for people with or suspected COVID-19. For the general population there are two schedules: from now until 10:00 am and between 12:00 and 19:00.

The candidates of the PP, Ciudadanos, Vox and PSOE to the Presidency of the Community will exercise their right to vote in the regional elections this Tuesday in the capital, while the leader of Podemos, Pablo Iglesias, will do so in Galapagar and Mónica García, head of the list for Más Madrid, he has already voted by mail.

Everything ready for the arrival of the first voters.


The regional elections of the Community of Madrid have revolutionized the political scene in Madrid and the country. There are many factors that have made this election the focus of media interest in recent weeks: since its controversial call And later judicial support to climbing twitching that has dominated the entire campaign, going through a 43% increase in vote-by-mail requests or the fact that they are held in the middle of a pandemic. And, in addition, they fall on Tuesday.

In Spain, voting on a weekday is not the norm, but it is not the exception either. These elections will be the thirty-fourth to be held on a day other than Sunday in our country. It has occurred on several occasions both at the municipal, general and European level, and also in practically all the autonomous communities at some point in their history. Did this mean an increase in abstention? elDiario.es has compiled the results of all the elections and referendums held since the restoration of democracy and the result of the analysis is that no: there is no relationship between going to the polls on a weekday and a drop in participation.

4M guide: paid leave, time slots and tips for going to the polls


This May 4, unusual elections are held in the Community of Madrid as they are the first anticipated in the history of the region. They will be the fourth elections to be held during the pandemic after the Galicians, Basques and Catalans, which has made it necessary to take extreme security measures and establish some rules and recommendations.

How to vote: better with the ballot prepared

Voters are encouraged to have their ballot prepared and remain inside the college only for the time required to vote. These are the recommendations of the Community of Madrid:

What happens in Madrid will not stay in Madrid


When Isabel Díaz Ayuso wakes up on Wednesday morning, Pedro Sánchez, like Monterroso’s dinosaur, will still be there. In Moncloa, in the Government, with the same coalition partners and with the BOE at their disposal. Whatever happens this 4M, it will be like that. Another thing is that when the polls are opened, the result of the elections allows the PP to take advantage of the ‘Ayuso effect’ to talk about a change in the cycle, a discount time, a turning point and even the beginning of the end by Pedro Sánchez.

The PP candidate raised the electoral advance in a national key, the Government entered the framework and is now facing the consequences, despite the fact that in the last half of the campaign, when the debate became polarized to the point of nausea, Moncloa decided to shield the president and not have more presence in the arena Madrid until closing day. Too late. The messages, left and right, were launched from the beginning more nationally than regionally. A look, yes, on Madrid but with the corner of the eye pointing to Spanish politics because, as happened in other times, what happens on Tuesday night can be projected on Spain.


5,112,658 voters decide this Tuesday the Government of Madrid – and who knows if a new political cycle in Spain – after the most bizarre campaign in recent history: two weeks with a single electoral debate, death threats to candidates, with hardly any contrast of programs and with abundant hyperbole for regional elections.

“Socialism or freedom”, raised Isabel Díaz Ayuso from the day she ended the legislature and dismissed all her government partners. “Democracy versus fascism,” responded the left when they came into play the envelopes with bullets, death threats against Pablo Iglesias, Fernando Grande Marlaska and the director of the Civil Guard, María Gámez.

Excesses aside, this 4M transcends regional elections because of everything that is at stake: from the outset, to decide how the region that accumulates the highest number of deaths and infections in absolute terms comes out of the pandemic, and what path it takes for economic recovery . If Madrid will be aligned with the Government in the management of European funds, 70,000 million euros, the largest economic injection in recent decades, or if it will persist in the confrontation with everything that sounds like Pedro Sánchez. In those debates, health and economic, it is to be assumed, there is the majority of society that has been living a nightmare year and that sees how there are still 2,700 people admitted with COVID-19 in hospitals. But what comes out of the polls will determine even more than the commitment to public services, or the distribution of burdens the day after … If Madrid consolidates the turn to the left after 26 uninterrupted years of governments of the right. That Vox gain influence or even enter to manage budgets and sensitive areas after two years acting as a partner of the PP from outside. The very survival of Ciudadanos as a party, a formation in free fall for more than a year and a half that can be extra-parliamentary in Madrid after losing 30 of its 36 deputies in Catalonia. The role that Pablo Iglesias is going to play in Unidos Podemos after having taken a first step towards withdrawal and pointing to Yolanda Díaz as the successor at the head of the coalition. The consolidation of Más Madrid with the new leadership of Mónica García in the community so that it ceases to be “Errejón’s party.”