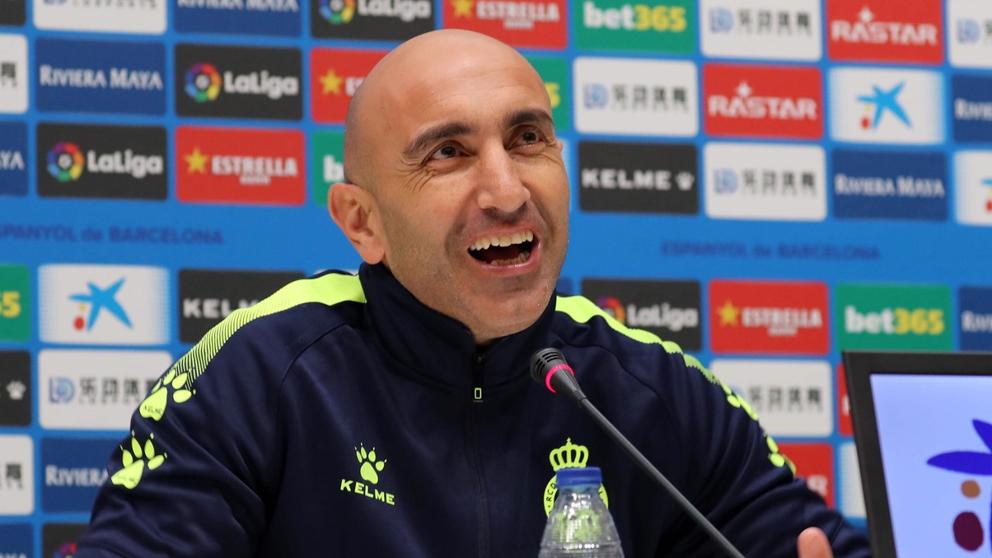 Abelard faces his second game against the perica fans this Saturday at 1:00 p.m. RCDE Stadium against him Athletic Club after a week that “has been weird” because they have barely had “time” to “prepare the game.” The Real society removed them from the Copa del Rey, something that lightens the calendar but does not remove pressure, because salvation follows four points.

The coach admitted that they have been able to “work little tactically,” but said “the players know the importance of the game.” “The eighteen matches left,” he said, “as we are are eighteen finals.” This Saturday will be, like the rest, a game “face dog” and against a rival that “will demand a lot, very intense and complicated to win.” Of course, promised to go for the game “from minute one.”

The Blue and Whites have not won a victory in Cornellà since the season began, something that Abelardo himself sees strange. Now what he wants is “to give people joy.” And highlighted the fact that there are already more than 5,000 tickets sold: “It’s a pass”. The coach is very happy that people “get hooked on the team” because they need the fans: “We have to feed the desire of the people.”

He also had time to analyze the parakeet market. To Abelardo, those of Raúl de Tomás, Leandro Cabrera Y Adrian Embarba They think “three very good additions” and is “very happy” with the “work of the technical secretariat”. The three are summoned for the match against Athletic and he did not hesitate to say that the three have opportunities to play. In addition, he insisted that “it is important” that “immediate performance players” come.

On the other hand, he analyzed the issue of exits and said he was “happy” with what he has and that “does not” depend on him “if a player wants to leave” or what the directive “decides”. He considers that if he must “plug in” some players, he must be in charge and that, despite the fact that some play now, he can go “crazy” and change them “to all”.

Copa del Rey: Alfredo de Miguel, president of Mirands: “LaLiga has already told us that they will not advance the match for the Cup”

A signing in crisis