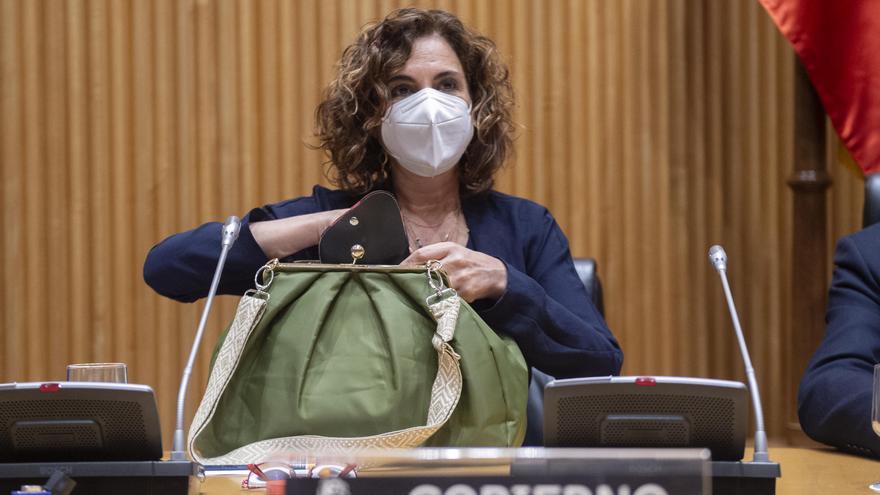 The Government has updated its stability path and its deficit forecast for the next four years. The new path, which is presented this Friday to the European Commission, the objective is that in 2021 the deficit will be 8.4%. It represents an increase compared to the previous forecast made by the Government, which set the financing need for this year at 7.7%. María Jesús Montero, Minister of Finance, has blamed this rise on the delay in the economic recovery caused by the third wave of the pandemic, which has already led the Executive to reduce its growth forecast for this year.

The minister herself has opened the door for these forecasts to be reviewed in the next budget plans. This is due, as Montero has justified, to the fact that the forecasts have been made in an “inertial” manner, without taking into account the reforms included in the recovery plan that is also sent to Brussels throughout today. “With the reforms, the path would be different,” said the head of the Treasury, “as we present them, we will update it.”

The deficit path is presented on the same day that the data on the evolution of GDP in the first quarter of the year were released, which fell by 0.5%, thus returning to negative values ​​after having registered in the third and last quarter of 2020 rates of 17.1% and 0.0%, respectively. The third wave of the pandemic, the stoppage caused by the storm surge and the delay in vaccines have caused this drop in GDP in the first three months of the year.

According to the advance of National Accounting data published this Friday by the National Statistics Institute (INE), the Spanish economy fell by 0.5% between January and March due to the decrease in consumption and investment. However, at a year-on-year rate, GDP fell in the first quarter at a much lower rate than it did in the fourth quarter of 2020. Specifically, the Spanish economy contracted by 4.3% year-on-year, compared to the fall of the 8.9% experienced in the previous quarter.

Spain began to face the pandemic crisis with a deficit of 2.8% in 2019, one of the highest in the euro zone but within the limits of the community stability pact, which stands at 3%. Addressing the health situation raised the need for state financing to 10.09%, which had to be increased to 10.97% after having to assume the Sareb, the famous bad bank, in its accounts.

At the beginning of the month the IMF placed the deficit for Spain this year at 9%, compared to 7.7% in the previous forecast drawn up by the Government after the outbreak of the economic crisis. The international body placed Spain in 2024 in a deficit that would be around 4.3% and would stagnate in that environment until 2026.

The European Commission is committed to keeping the safeguard clause of the fiscal discipline rules of the European Union (EU) activated during 2022, which de facto freezes control of the deficit and debt to allow countries to continue spending what is necessary to alleviate the impact of covid-19. The Community Executive published in March a series of guidelines on the direction that, in its opinion, the fiscal policy of the Twenty-seven should take in the coming months and in them advocates that governments maintain aid to their economies this year and next .

“Our clear message is that fiscal support should continue for as long as necessary. Based on our current indications, the safeguard clause should remain active in 2022 and be deactivated in 2023,” the Commission’s economic vice president said in a statement, Valdis Dombrovskis.