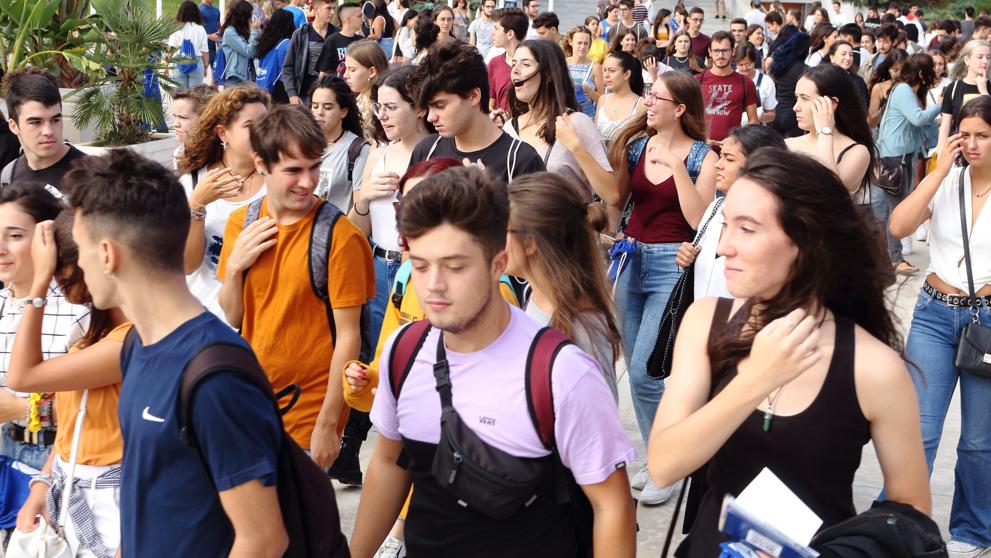 Unlike boom from the middle of the previous decade, the working market in the current period of economic expansion it is much less attractive for young boys. And therefore the incentives to drop out prematurely decrease. This is demonstrated by decrease in activity rate of whats under 30, which has gone from 70% in 2007 to the current 53%. The Bank of Spain describes this reduction as "significant" and stresses that it was not a passing phenomenon linked to the lack of job expectations during the crisis, but has continued in full economic recovery.

In addition, in his analysis, the supervisor emphasizes the positive consequences of this new “employer” on the decision of young people to enter or remain in the labor market, instead of continuing their academic training. The progressive reduction of school dropout among the younger generations implies an improvement in the educational level of these cohorts, so the Bank of Spain expects that the lower current participation in the labor market will be “compensated by increases in activity and productivity of this generation in the future ”.

The analysis indicates that, at a higher level of education, "the work results" are better. Although people who have at most the ESO degree enter the labor market before, their work career “is usually shorter, which has an impact on total income” that he manages to accumulate over the years. To which we must add notable differences between those who have only compulsory studies and university graduates if the unemployment rate and the average remuneration are taken into account.

The decline since the Great Recession in the proportion of young people who are employed or are looking for it affects both men and women, while contrasting with the upward trend of older groups. As the analysts of the agency headed by Pablo Hernández de Cos explain, the phenomenon has to do both with the delay in entering the labor market and with a greater number of young people who, given the difficulties in finding employment, choose to leave it and return to the classrooms to advance in their educational level.

Moreover, with respect to the beginning of the recovery, the percentage of children under 30 years of age who park their work adventure and return to studies has rebounded in the last quarter. This extension of the training period is reflected in the improvement of the educational level of the youngest, especially swelling the ranks of university students. In the second quarter of 2019, 23.3% of 25-year-old citizens declared in the EPA that, at best, they had the ESO title – in 2007, they represented 36.5% -. Meanwhile, almost 34% claimed to have obtained a bachelor's degree or an engineering degree, compared to 23% twelve years ago. While it is true that the dropout rate has fallen in Spain, it continues to be very high: among young people aged 18 and 25, it touches 18%, while the average for the eurozone is 11%.

The analysis of the Bank of Spain highlights that, with the economic recovery, the model that worked before the outbreak of the crisis is not replayed. It is also true that the previous period of expansion was based on a real estate boom that provided abundant employment for unskilled workers, thus encouraging the abandonment of studies. The construction suffered during the crisis the destruction of more than 1.6 million jobs. A real breakdown from which the sector has failed to recover during the years of economic growth. If at the beginning of 2008, 13% of those employed worked in the brick sector, currently their weight has been reduced by half (6.4%).


Less ninis than before the crisis

Last year there were 17,000 children under 30 who neither study nor work less than before the outbreak of the crisis. The collective of the ninis reached its maximum level in 2012, when they reached 1.7 million young people. A year later, its worrying volume began to shrink – it still exceeds one million -, thanks to the progressive decline of young people who were unemployed and were not trained.