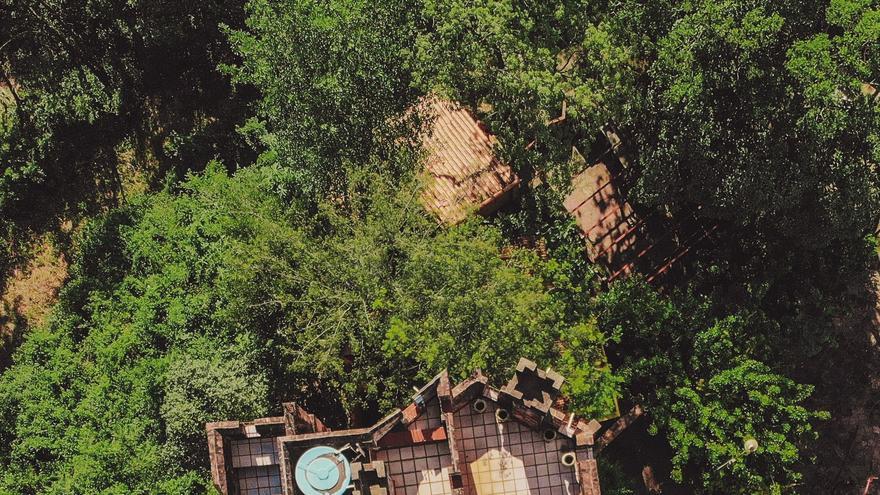 Asunción, May 7 (EFE) .- Inspired by his roots, coming from the north of Spain, the architect Guillermo Echauri carried out his dream of building a medieval castle in Paraguay, a building that goes back to those of the ancient Kingdom of Navarra and that now it is planned to convert it into a theme park.

In fact, the Echauri Castle was opened to the public this weekend, some twenty years after it was built among the stony hills of the Ybytyruzú mountain range, in the department of Guairá (south).

Until then it had remained as a family recreation home, with ancestry in the Etxauri valley, in the community of Navarra, and as an unusual stamp for the inhabitants and visitors of that area whose district of reference is Independencia, about 170 kilometers from Asunción, the Paraguayan capital.

And also as the culmination of five years of effort (1995-2000) by its creator to pay tribute in Paraguay to the land of his great-grandfather, who emigrated from Navarra to the South American country.

“The main reason comes from his dream of having a castle based on his Spanish roots, specifically Navarra, where his ancestors lived. And also that of leaving their mark in time, in Guairá and in Spain,” Guillermo told Efe. Echauri, son of the architect.

The castle, built in concrete, brick and stone, has several towers, the highest of about twenty meters, which together with the terraces provide a balcony in front of the Ybytyruzú mountain range (Cerro Grande, in Guaraní), one of the destinations of the inland tourism in the Guairá.

Echauri pointed out that his father drew up “his own design adapted from the castles he liked,” a formula that includes the interior of the fort, also known in some reviews as the Ybytyruzú Castle.

In that sense, he recalled that the first relevant object was the replica of an armor, to which large ceiling chandeliers, swords, daggers and other period artifacts were added.

A decoration later enriched with a medieval pillory, dungeons and a sword embedded in a rock in the manner of the Arthurian Excalibur and, as a sign of the times, an iron throne based on the popular Game of Thrones series.

The castle and its scenery had its first official tourists last weekend, in a phase focused on photographic tourism and with projection towards a future medieval theme park.

A project in which Echauri works, now taking over from his father, as a tourist contribution to a district that houses a nature of streams, waterfalls and mountain ranges with hills such as Tres Kandu (Three Hills), with its 842 meters the highest peak in Paraguay.