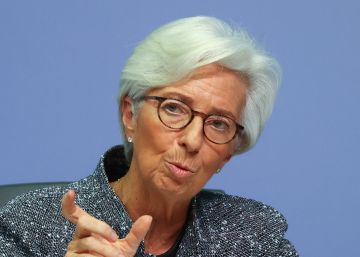 The head of the ECB stops playing. Lagarde fires her first big bullet as a central banker. The ECB announced tonight at an unexpected and urgent meeting to launch a program of 750,000 million euros for the purchase of bonds, both public, corporate and financial institutions until the end of the year. The objective: to bring order to the market once and for all and prevent the virus from spreading to the sovereign debt of the most vulnerable countries, such as Spain and Italy. Purchases will run at least until the end of the year.

The purchases of this gigantic program will also be carried out flexibly. When Draghi implemented them in 2015 with the German hawks against it, the ECB could only buy the debt based on the weight of each of the countries in the EU. Not now. You will be able to buy almost everything you want – that is, they will be investment grade companies, BBB- -, when and how you want. Without taking into account carefully assets or countries. “This allows for fluctuations in the distribution of purchase flows over time, between asset classes and across jurisdictions, “it said in a statement. What’s more, for the first time it will buy debt from Greece, a country vetoed due to its low credit rating.

In an unprecedented event, the ECB also leaves the possibility of revising its own mandate on the table. In Trichet’s time, it was daring to think that the Central Bank could do more than raise or lower the price of money. “To the extent that some self-imposed limits may hinder the measures that the ECB must adopt to fulfill its mandate, the Governing Council will consider the possibility of reviewing them to the extent necessary so that their action is proportional to the risks we face. The ECB will not tolerate any risk for the good transmission of its monetary policy in all the jurisdictions of the euro area, “it states.

In principle, the purchases will be in 2020, but the ECB opens the door for them to continue beyond December 31 of this year. “It will end net asset purchases under once it judges that the crisis phase of the Covid-19 coronavirus has ended, but in any event not before the end of the year.” The former French minister agrees that the ECB will act until the pandemic is over once and for all. She has gone from being one of the most cautious bankers to the most intrepid in less than a week.

The bank wanted to send a strong message of support to the countries of peripheral Europe. “The Governing Council of the ECB is committed to playing its role in supporting all citizens of the euro zone,” the statement said. And he adds that he will ensure that all sectors of the economy – including families, businesses and governments – benefit from these conditions to mitigate the impact of the pandemic.

“The ECB will do everything necessary to fulfill its mandate,” reads the statement. Lagarde thus emulates one of the most decisive moments of the European economy in recent years. When his predecessor in office blurted out the phrase “I will do whatever it takes to save the euro”, in July 2012, with the interest on Spanish 10-year bonds above 10%.

The former president of the IMF corrects the mini-program of 120,000 million euros for the purchase of assets that she announced on March 12. The reaction in this case is similar in size to that deployed last Sunday by the Federal Reserve, which announced a purchase program for 700,000 million dollars (about 630,000 million euros).

In addition, the bank has expanded its corporate debt purchase program to promissory notes from non-financial entities. This means that it intervenes in the short-term debt market, which is used by large corporations to cover day-to-day financial needs. The entity has also relaxed the type of collateral with which banks can attend liquidity auctions organized by the central bank. Banks will now be able to deposit loans to the business sector as collateral to request liquidity from the ECB.

The new President of the ECB also sends a strong internal message. This morning the Governor of the Bank of Austria and a member of the Committee stated that the community institution had already used most of its instruments and that it was going to disappoint the market. Immediately after, The ECB itself issued a note disavowing one of its staunchest hawks.

But all this has already caused a storm in the debt market. The Spanish 10-year bond came to pay a yield (which moves inversely to the price) in the morning of 1.3% and the risk premium – the difference between the yield of the national bond and the German bond – touched 170 basic points. He even went on to attack the Brexit record, above 160. But at the close he calmed down. It closed at 1,242%. The risk premium stood at 147.1 basis points, maximums since the summer of 2016, but not further behind.

The Central Bank started buying Italian debt to calm the markets. And he did it along with two key ideas. A possible use of the rescue fund (ESM) and an eventual issue of community bonds. But tonight Lagarde herself decided to urgently convene the council itself to send a message of calm to the market.