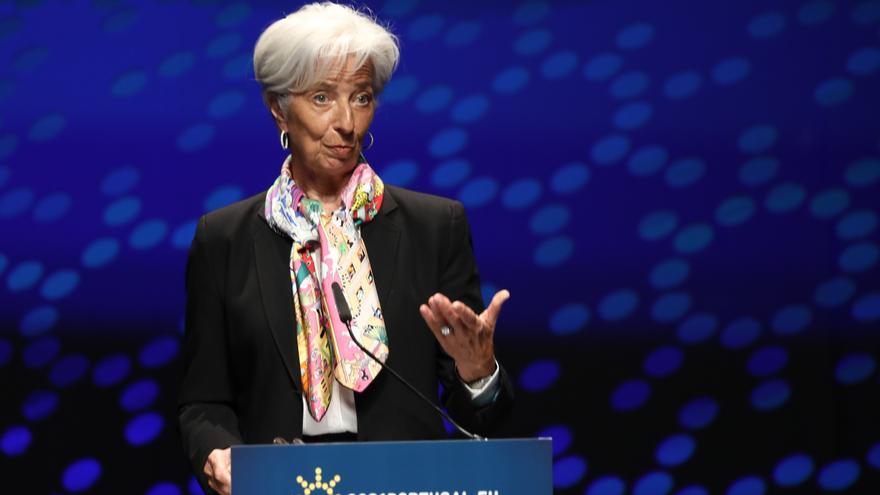 The European Central Bank (ECB) has decided this Friday to lift the ban that imposed on banks to distribute dividends, so this measure will become effective as of October, as the president of the Supervisory Board had advanced, Andrea Enria, several weeks ago. The ECB has decided not to extend again the recommendation to limit bank dividends, but these will remain under the supervision of the institution. Thus, the ECB authorities will assess each bank’s capital and distribution plans on an individual basis as part of their regular supervisory process.

“The latest macroeconomic projections confirm the economic rebound and indicate reduced uncertainty, which is improving confidence in banks’ capital trajectories,” argued the ECB. The issuing institute has indicated that supervisors have examined the credit risk of banks during the pandemic and, as a consequence of that, it is “appropriate” to reinstate the practices that had been taking place before the pandemic to discuss shareholder compensation plans individually.

In any case, the entity has warned that banks “should continue to be prudent” when deciding the volume of their dividends and share buyback programs, considering “carefully” their business models. The ECB has stressed that banks should not underestimate the risk of additional losses to their capital once support measures expire.

When assessing banks’ dividend distribution plans, ECB supervisors will take into account the results of the 2021 stress tests, which will be published next week. They will also assess the credit risk practices of banks and how they could affect the credibility of their capital track record.

Lastly, the ECB has asked banks to take a “prudent and forward-looking” stance on their remuneration policies. These policies will also be evaluated for their possible impact on the bank’s ability to maintain its capital base. Although this measure only affects entities directly supervised by the ECB, the body has explained that national supervisory authorities will soon adopt similar measures for the banks under their supervision.

The Bank of Spain has already announced in parallel that it is raising this recommendation also to the entities that are under its supervision and that are outside the sphere of the European body. At the same time, it has asked these banks for “prudence” both in dividends and in variable remuneration for managers.