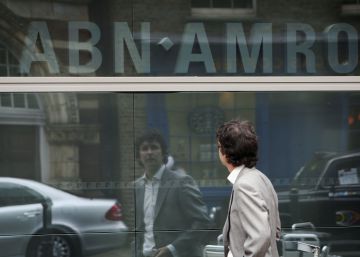 The Dutch bank ABN Amro is being investigated by the prosecution for a possible crime of Money laundering and financing of terrorism carried out through the accounts of its clients. The lack of supervision of the transactions and the fact of not having broken in time the banking relationship with the suspicious holders have triggered an operation of the prosecution for both cases. The management of ABN Amro said Thursday that it ignores the duration of the same but will collaborate "without reservations." In 2018, ING, another of the country's largest financial firms, paid a fine of 775 million euros for not monitoring the money laundering executed similarly between 2010 and 2016. In September 2018, the same happened with Rabobank, sanctioned with one million euros.

The Dutch State owns 56% of the shares of ABN Amro, and as in the two previous cases, the firm is subject to a penalty. Last August, the Bank of Holland ordered the entity to review the data of its nearly five million private clients because they were not well classified, and has now declined to rule on the matter. "We never talk about specific cases," indicate their spokespersons.

However, Kees van Dijkhuizen, executive director of the bank under investigation, has acknowledged that the entity "must know what our customers do with their accounts, especially when they make payments." Before the public television cameras, Van Dijkhuizen has added that it is essential “to calculate the risk presented by a client, not only for possible money laundering, but also for terrorism to be financed; We have to sort our accounts. ”

The bank already announced last year that it had reserved about 114 million euros to carry out the review now imposed by the prosecution. In an official note, the entity now adds that more than a thousand employees are dedicated to it: "we will do everything necessary to comply with the laws and regulations of the sector." Van Dijkhuizen has also wanted to underline that the situation of ABN Amro " it is not comparable to that of other colleagues, and we do not know how the investigation will end. ”In early September, five Dutch banks, including ING, Rabobank and ABN Amro himself, were inclined to work together to better control money laundering. The Dutch Banking Association is currently investigating this possibility, in case it could violate the mandatory privacy of the accounts.

In the case of ING, the Bank of Holland investigated its internal policy against money laundering between 2005 and 2016, and in 2015 it sanctioned the department of rich clients for not verifying the origin of the cash. Despite the warning, ING did not act accordingly and cut even the personnel who monitored the suspicious movements. In the end, prosecutors took it for granted that, between 2010 and 2016, customers “were able to launder hundreds of millions of euros because no one was watching them,” and the suitability of the entity as the bank through which the Government was questioned I managed public accounts. After the fine of 775 million euros, resigned Koos Timmermans, the chief financial officer and member of the Executive Board of ING Group.